What We Learned from NFL Week 5 – Giants NFC East Contenders? 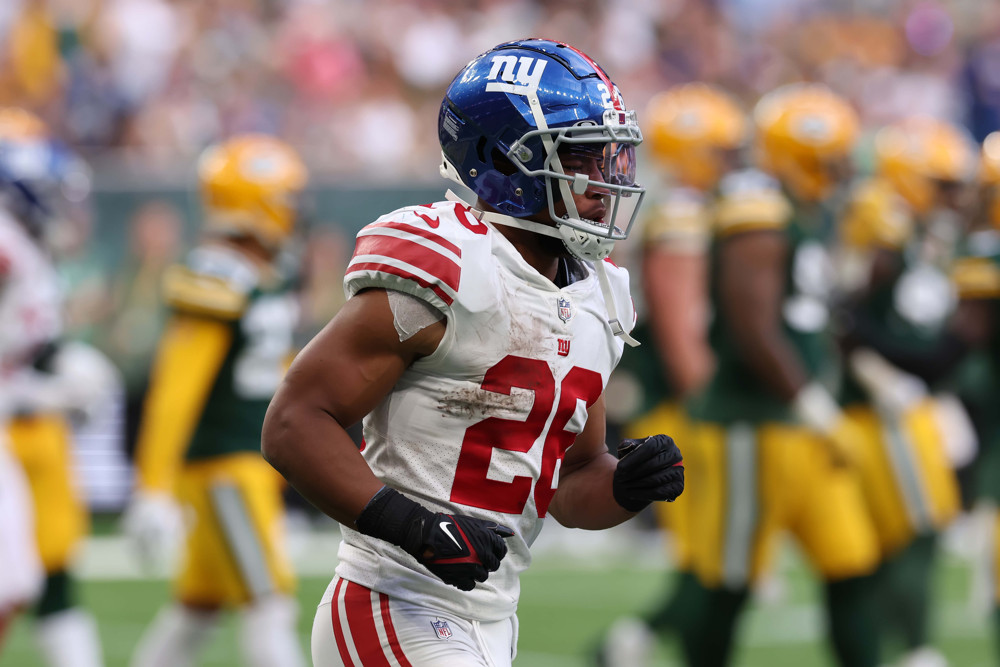 We are never at a loss for storylines and drama in the National Football League, but we also had an added bonus from NFL Week 5: drastic shifts in perception. Between the matchups that provided the right opportunities and the actual outcomes that caught people’s attention, the most recent slate of games provided plenty of discussion points.

Where there’s attention, there is bound to be misconception.

Week 5 was the perfect example of this.

The Buffalo Bills Answered the Call

Over the past few weeks, the Buffalo Bills played two tough games in brutal conditions — a loss in Miami’s heat and a win in the sloppy rain of Baltimore. During that time — and especially to close out last week — the Kansas City Chiefs made their move to re-assert themselves as the class of the AFC.

And what did they Bills do upon their return home? They absolutely slaughtered the Steelers and put themselves right back in the conversation for the best team in the league.

Josh Allen is leading the NFL in touchdown passes and yards…

There have been 2 games where he hasn’t played the 4th quarter.

All told, Buffalo wasn’t — and isn’t — going away. The prior few weeks had done little to truly damage any reputation for the team. Still, the football-watching world is fickle and one performance can skew the perception dramatically.

That also means that this most recent thrashing of an opponent will, indeed, skew the perception dramatically.

The Bills are outstanding and, when they are firing on all cylinders, they will remain a difficult team to beat. Let’s just remember that the hype is going to pour in after how they just played, and it may force the team to carry an even bigger premium in the betting market.

The Giants Plant their Flag in London… and the NFC East

Earlier in the year, it was possible to look at the New York Giants’ schedule and actually find a decent number of wins lined up through the first few weeks. Granted, losses were inherent — this is the National Football League, after all — but a 3-2 record was on the table. Even 2-3 would suffice.

Of course, it isn’t just the record that matters. How New York reached this point is noteworthy. Specifically, the Giants went to London, trailed the Packers by double digits in the first quarter, and then outscored Green Bay 27-12 to not only beat the large spread — which would have been worth mentioning in its own right — but win the game. No matter what people thought about the Giants before the year, they have to take notice now.

Normally, when there is such a surge like we have seen from New York, there is the inflated expectations that go along with it. The Giants are a bit different, however. Most of the football-watching world doesn’t buy into quarterback Daniel Jones like they have with many other quarterbacks, and that is actually going to keep the perception from soaring. If anything, it might give the Giants a longer “wait-and-see” runway than normal. Let’s remain aggressive and jump on any value we can find with a one-loss team.

The AFC appears to be quite deep this year, and it is unlikely that any team is going to slip through the cracks and steal a playoff berth without a solid record. 2-3 certainly doesn’t point to a quick surge up the standings, but 1-4 would essentially bury anyone. For that reason, the New England Patriots avoided a burial with their methodical victory over the Lions.

But, what can we learn from it? Detroit entered the game with the best offense in football — in both yards and points scored — and promptly got shutout. Is that a product of regression or are the Patriots going to win games solely based on stout defense? If it’s the latter, it wouldn’t be that far-fetched from a team that won ten games and made the playoffs last year with the league’s fourth-best defense in yards allowed.

New England is going to carry name value for as long as Bill Belichick is the team’s head coach, but we are seeing a smaller willingness for people to buy back into them as a real contender. Don’t make the same mistake. New England was also 2-3 last year through five games — it actually got as far as 2-4 through six games — before running off seven consecutive wins in the middle of the year. There’s a reasonable chance that Week 5’s shutout is a precursor of what lies ahead.

The Jaguars are Still the Jaguars

The Jaguars entered Week 5 tied for first place in the AFC South. They had taken the following path to get to that point:

We can easily see the trajectory of both the team and its perception. The arrow was pointing up.

Enter the Houston Texans, the only team without a win prior to Week 5. On command, the Jaguars reverted back to their losing ways, scoring a pitiful six points and failing to keep pace with the Colts and Titans — both of whom won this week.

Perhaps the most interesting part of Jacksonville’s roller coaster is that we could easily and clearly see when we needed to step off the ride. The setup for failure was glaring entering this past week, and the Jaguars performed exactly as they should have. But, with the hype and expectations sky high, the crash will be that much more severe.

Which means we should now look to buy back into Jacksonville wherever possible. The Jaguars may have reminded us of prior iterations, but they are actually improved, and their direction is still positive. It just isn’t as extreme as it once was.