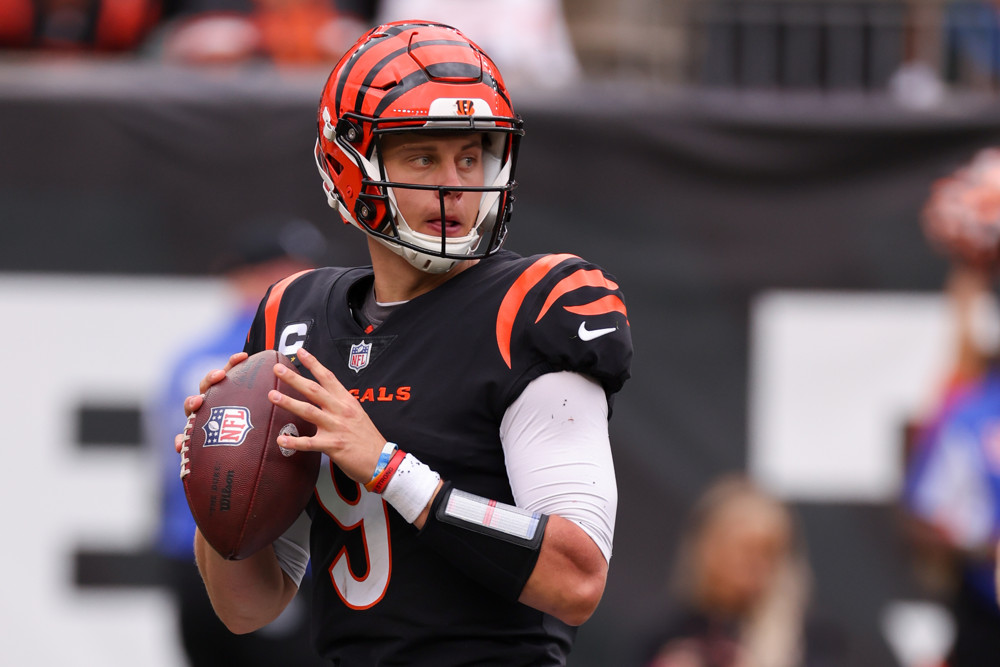 There is nothing quite like the start of a new NFL season. It’s not just the excitement around it, the hype that builds, or, in the case of last offseason, the flurry of moves that precedes NFL Week 1. The beginning of a new year brings new opportunities, and those are where we can find our best areas to attack.

Leading up the Opening Weekend of NFL action, we have countless places to look for predictions and expectations. Then, in sixty minutes of game action, they all get erased. Not officially, but enough that it is as if all of the preparations that went into season-long outlooks are overwritten in the new file.

And why wouldn’t that be the case? Why wouldn’t actual, on-field outcomes carry more weight?

They should, but the key is in determining exactly how much weight. In deciding if what we just witnessed was a confirmation of what we always knew or the result of the dreaded word often used to describe a primed opportunity: overreaction.

The focus of this column — both for Week 1 and the reminder of the season — is to identify what we learned, what others think they learned, and how we can combine the two for future success with our picks.

It’s silly. That’s the only word that can be described the amount of negativity and questions surrounding the Kansas City Chiefs entering this season. Sure, they lost wide receiver Tyreek Hill and, indeed, they didn’t make it to the Super Bowl last year, but can we pause to accept how ridiculous those barometers for success are? Kansas City won 12 games again and still has arguably the best quarterback in the league. There was, and is, no reason to doubt the Chiefs.

And that’s a problem.

The Chiefs actually entered 2022 with value. Because of the aforementioned negativity, they were available at a relative discount. Five touchdown passes from Patrick Mahomes and a 44-21 thrashing on the road has immediately changed the narrative.

Pay attention to that quick shift and be careful. Yes, the Chiefs are still great, but it’s no longer a secret, and the odds will be protective of Kansas City for the foreseeable future.

And the Cincinnati Bengals are Suddenly Terrible

Obviously, that’s not true. The Cincinnati Bengals lost a AFC North divisional rivalry game in which they did everything possible to stay out of the win column. If anything, we should be giving credit to Cincinnati for hanging in the game as long as it did despite five turnovers from quarterback Joe Burrow.

Then again, he did turn the ball over five times.

There is a competing storyline here that we can unpack. On one hand, there is the easy argument to be made that, in the worst possible showing by a defending conference champion, the Bengals still managed to go to overtime and, on numerous occasions, had the game won.

But that doesn’t erase what happened. It doesn’t negate the fact that Cincinnati failed repeatedly and showed some glaring holes. Namely, if not for big, splash plays, the Bengals could do nothing on offense.

One of the key areas to watch entering 2022 was the natural regression of a team that played in the Super Bowl the prior year. For eight consecutive seasons, the team that lost the Super Bowl also had its win total decrease the next year. Cincinnati was only 10-7, so there is little wiggle room if it starts to dip. Opening Day showed how the losses could appear, and we shouldn’t expect a quick turnaround back to the playoff stretch we saw last year without acknowledging the issues.

The San Francisco 49ers Have a Quarterback Controversy

We knew this from the start, so it wasn’t exactly “learned in Week 1.” Still, the San Francisco 49ers could have immediately silenced doubters with a well-executed gameplan and a victory against the Bears — not exactly world-beaters in their own right. Instead, they failed in spectacular fashion and instantly turned the attention to the quarterback position.

49ers have out gained the Bears 330-206 but were doomed by 12 penalties and two turnovers, including one in the red zone. They had two third-down stops negated by flags leading to touchdowns. Trey Lance was pretty meh but not the reason they lost, imo.

Until recently, last year’s starter, Jimmy Garoppolo, was still recovering from his injury. Had current starter, Trey Lance, won on Sunday, then we simply move forward with Garoppolo remaining the team’s backup — healthy or not. One game in, and we saw what San Francisco must fear internally: Lance may not get the job done when needed.

The 49ers are going to be a team in turmoil. Perhaps they can handle it, as some teams do — the Raiders of last year are the prime example of this. But, at 0-1 and with a home game against the Seahawks on deck, the pressure is already on. It would be wise to follow the market on the 49ers for the next few weeks and see if we can find an edge in either direction.

The New Orleans Saints and Indianapolis Colts Scared Everyone

I’ll close out this week’s assessment of the prior games with a pair of outcomes that will have a sudden impact on future expectations. The New Orleans Saints narrowly survived with a victory over the Falcons while the Indianapolis Colts tied the Texans. Combined, these teams are 1-0-1. In terms of perception? They are now 0-2.

As they should have been.

Frustrating game for Colts fans and team. 517 yds on offense. But we’re tied for first, and it’s a new week—-so let’s GO!👍

The Saints and Colts were two of the hottest ‘sleeper’ teams to pick entering 2022. Quite frankly, that was a mistake. The Saints no longer have the head coach that led them for over a decade and are turning to a quarterback that, prior to last year’s seven-game sample, had one winning season in his career. The Colts are continuing to cycle through veteran quarterbacks, but there is absolutely no definitive reason to believe that they have improved.

Week 1 may not have told us the entire story, but it did write the first chapter. The Saints and Colts have a long way to go if they want to prove that they were worthy of so much preseason hype. Until then, we should watch for another opportunity to ‘sell’ them at their respective high points.