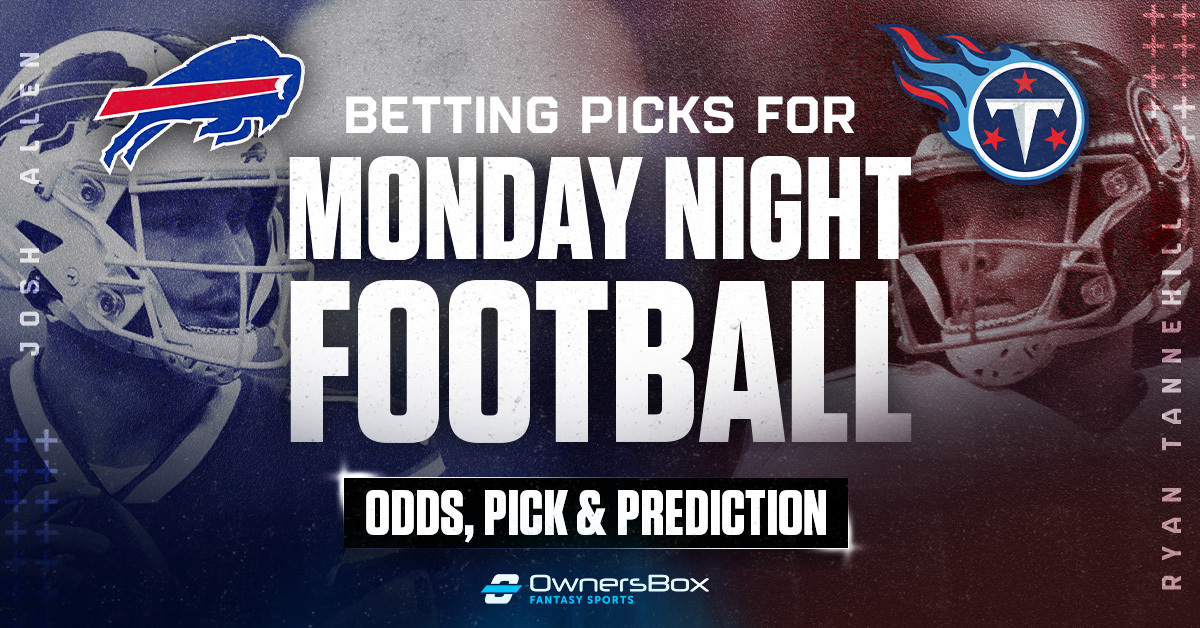 The Bills entered the year with one of the lowest betting odds of hoisting the Lombardi Trophy. After last week’s stand-out victory over the Super Bowl defending Los Angeles Rams, many are already crowning the Buffalo Bills as the best team in the NFL. Do the Titans vs Bills odds point to another blowout win for the Bills? Tune in Monday, September 19th at 7:15 PM EST to find out.

Odds as of September 18th at BetMGM

The Titans entered last season’s playoffs as the number one seed in the AFC and seemed to be destined for greatness with the help of All-Pro Running back, Derrick Henry. Henry got hurt in the Week 8 matchup against the Colts but returned for their one and only playoff game versus the Bengals.  The hype surrounding the Titans last year was unprecedented and fans around the league were disappointed with the quick, second-round exit versus a Cinderella team that overperformed all expectations.

EVAN MCPHERSON WINS IT FOR THE BENGALS 🐅 🔥

With the beginning of a new season, the expectations for the Tennessee Titans were still quite high. Once again, the team entered training camp as the betting odds favorite to win the AFC South. But these hopes were quickly shattered with the week 1 loss to the New York “Football” Giants. Will the Titans bounce back against one of the scariest teams in the league?

The Giants were able to exploit the Titans via the run game with the help of Saquon Barkley. The Giants threw the ball a total of 21 times. The Giants might have handed the AFC a recipe for beating the Titans, but the question is if the Bills will be able to replicate the guide.

The Buffalo Bills were able to re-brand themselves with the arrival of Josh Allen in the 2018 season. Ever since his draft day, the Bills have been destined for greatness. Before Allen arrived, the Bills had only three winning seasons since 2000, but have matched that number in just 4 seasons with Allen under center.

Fans around the world tuned in last week with hopes of watching a competitive game between two of the best teams in the league but were quickly disappointed when the Bills held the Rams’, high-powered offense, to 10 total points. Beating the Super Bowl Champions 31-10. Will the Bills put a similar beat down on the Titans?

The Bills’ offense is scary good and has the ability to score within seconds, as we saw last year versus Patrick Mahomes and the Chiefs. I believe one area that they will struggle with this year is running the ball. To be blunt, their best running back is Josh Allen. The Giants gave the answers to the test, but will the Bills be able to replicate with their non-traditional rushing attack?

Two things hold true with betting on the NFL:

If the Bills want to hold the keys to the game on Monday, they will look to establish a rushing attack, just like we saw the Giants exploit. 99% of the time, defenses play run first then drop into coverage but against this Bills team, it is scary to do so. I expect the Titans to key in on Allen and the passing game early causing Buffalo to focus on establishing the run game in the first half.

This will allow for a slower pace of play than we often see with this Bills offense, who ranked 4th in the league in offensive plays last season, hitting the total points over at a 52% rate. The Titans offensive strength comes from their running back, Derrick Henry.

Look for the Titans to establish the running game that they were missing dearly last week. I expect the game to start slow and all the action to be in the trenches. Take the under at 49 in the Titans vs Bills odds at BetMGM.

Be sure to shop around at the best New York sports betting apps for the best lines for Titans vs Bills.