Nick Saban’s success against former assistants is well documented, he is 24-1 overall. Jimbo Fisher broke the streak earlier this year, can Kirby Smart make it two losses in 1 season? This matchup has been weeks in the making. A seemingly unbeatable Georgia defensive front against the Heisman trophy favorite. Both these teams are back in the conference championship game for the third time in 4 years. With the game being Atlanta, Georgia we could be seeing an overwhelming amount of Dawgs fans in the building.

When The Georgia Offense Is On The Field 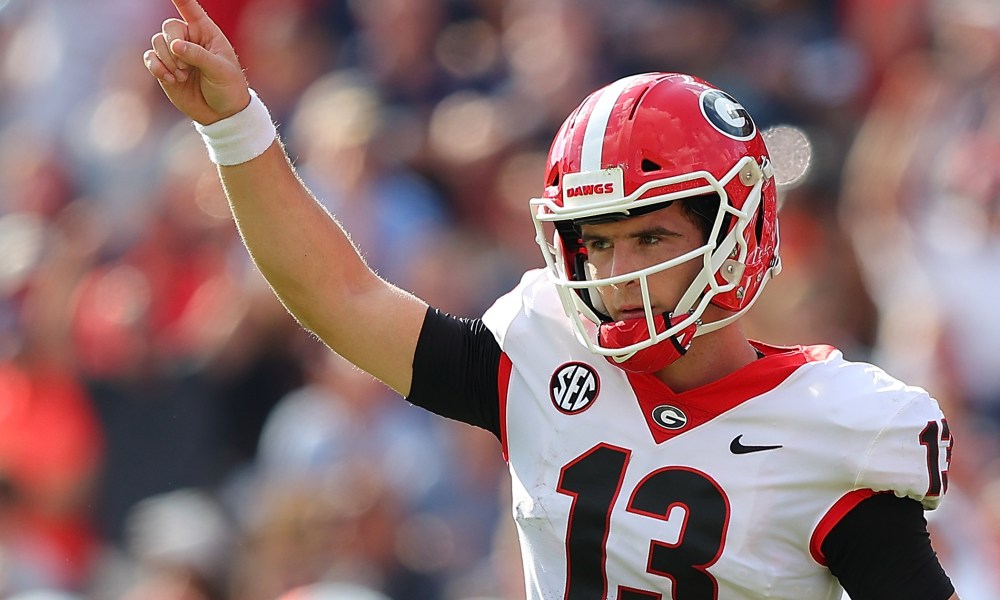 The Georgia offense has been wildly untested this season, winning games by an average margin of 32.4 points. This results in a lot of positive game scripts and as a result they’ve put the ball on the ground a lot this season. They’re running the ball on 60.3% of plays and 5.3 yards per attempt. the 11th best output in the country. Zamir White has been the leader of the backfield but 16 different players have had a rushing attempt this season!

The Bulldogs front 4 has been dominant this season in moving the ball on the ground. But if I can pick one thing that they’ve struggled with this season that might be an issue it’s their power success rate. This is the percentage of runs on third or fourth down, two yards or less to go, that achieved a first down or touchdown. They rank 71st in the country in this category while Alabama ranks 5th defensively at a 47.4% rate. These could be some of the biggest plays of the game so this could be a difference maker if Georgia can’t execute.

As much as this Alabama defense isn’t as elite as it’s been in recent years, they are stout against the run. Allowing opponents just 2.5 yards per rushing attempt. If they can force Stetson Bennett to move the ball in the air they could slow this offense down. But at the end of the day I’m trying to poke holes in an offense that averages 7.0 yards per play and the least amount of third downs per game in the country.

When The Alabama Offense Is On The Field Sophomore quarterback Bryce Young is having a stand out season with probably the least amount of talent the Alabama offense has had is quite some time. Brian Robinson is probably the worst Alabama starting running back since Glen Coffee in 2008. He just doesn’t have the speed or tackle breaking ability but it’s tough to live up to Najee Harris, Damien Harris and Derrick Henry. Jameson Williams is certainly the best pass catcher for the Tide, he’ll likely be a 1st round pick. But they’re still missing that alpha type wide receiver as I don’t think John Metchie is that type of player either.

Young has thrown 40 touchdowns to just 4 interceptions and averaging 325 passing yards per game. Alabama is throwing the ball an average of 37.5 times per game and Young has delivered with 9.3 yards per pass attempt. The problem though, has been his protection, the Tide offensive line ranks 86th in sack rate. This Georgia defensive front has been dominant this season, led in the front 4 by nose tackle Jordan Davis and at the second level with linebacker Nakobe Dean.

The Georgia defense could be one of the best we’ll ever see. All 11 of it’s starters could be drafted into the NFL. This team is giving up just 6.9 points per game and opponents are only scoring on 55% of their red zone trips. This front seven could really overwhelm the Tide in this game as they’ve struggled against much inferior competition (see 2021 Iron Bowl). Bryce Young’s improvisation will be the difference maker here.

Nick Saban moves to 25-1 against his former assistants, Kirby Smart doesn’t get the monkey off his back. In a game that I think is very close I’m going to go with the better quarterback. I’m not sure how well this Georgia offense will handle a competitive game script or even falling behind in a game. I don’t trust Stetson Bennett to make the big play, especially with his best pass catcher being George Pickens (who had ACL surgery just 8 months ago). I know how good this Georgia defense is but I’m worried how this secondary handles its first top-10 passing opponent.

Celtics vs Heat Game 2 Odds, Prediction, and Pick – Can The Celtics Steal a Win in Miami?