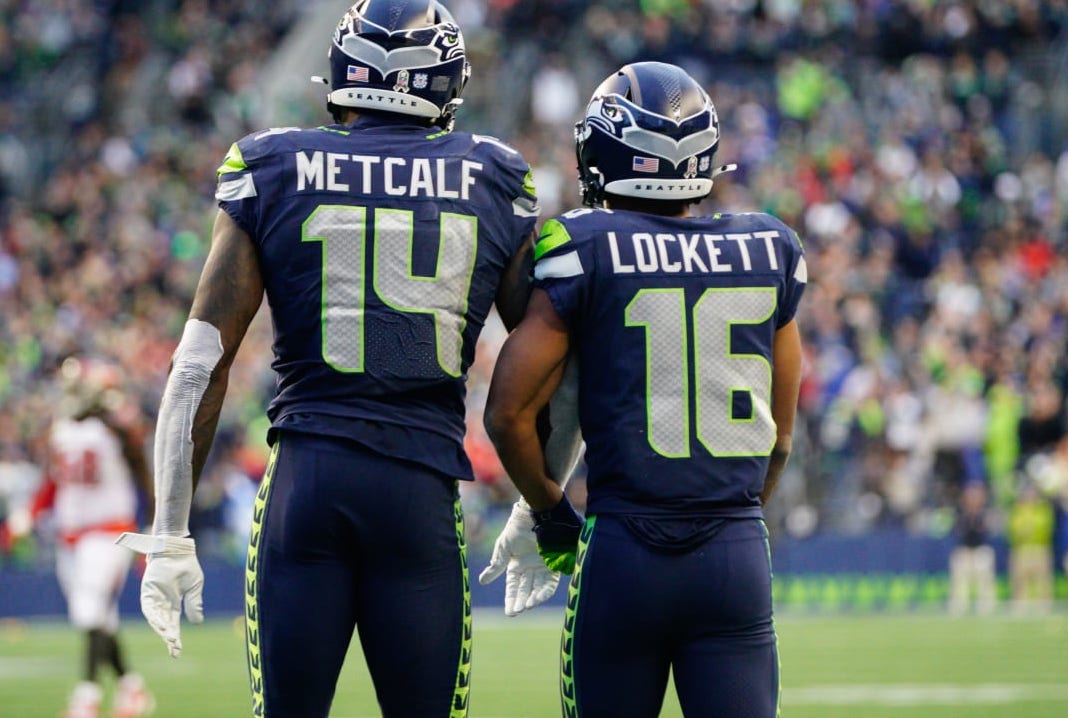 2020 Result: Lost in Wild Card Round to the Los Angeles Rams

Story of the Offseason: The Russell Wilson Trade Drama 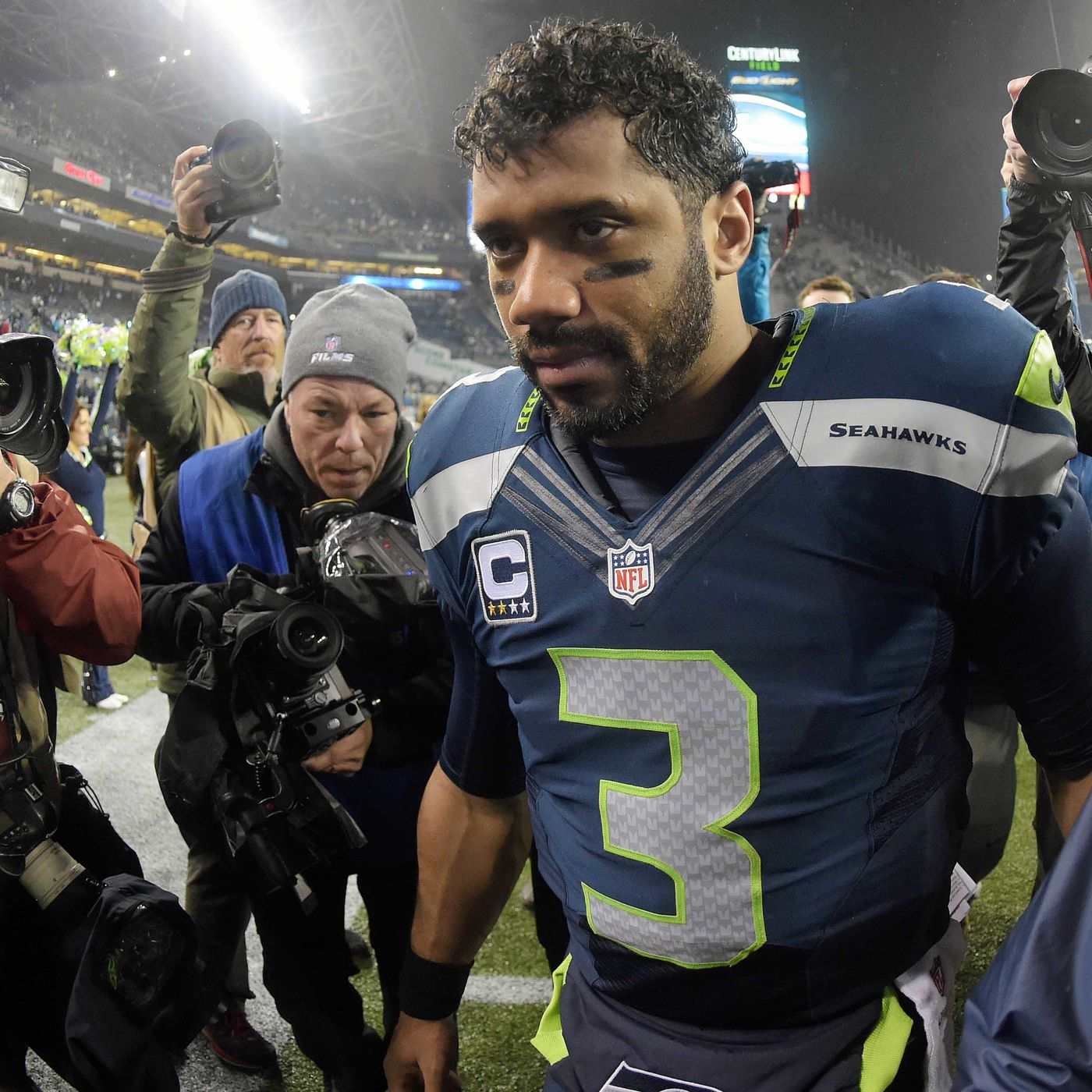 Russell Wilson may or may not have demanded a trade out of Seattle prior to the NFL Draft. Possible landing spots included the Bears, Saints, Cowboys, and Raiders. The rumour mill has speculated that Wilson’s celebrity spouse Ciara is fed-up with living in the Seattle area and was seeking a trade in order to move the family to the new city; there is no substance to this rumour. There was also speculation that Russell Wilson was miffed at the Seattle front office for hiring head coach Pete Carroll’s sons to the coaching staff; there may have been substance to this rumour. Ultimately, Russell Wilson decided to stay in Seattle and as a massive Seahawks fan, for this I am grateful.

The Russell Wilson Super Bowl window is closing a little bit more every year, the time is now for the Hawks to go all-in, and the Jamal Adams trade last year demonstrated Seattle’s willingness to win now.

The Seahawks are the Tennessee Titans of the NFC: elite QB in Russell Wilson, elite WR combo with DK Metcalf and Tyler Lockett, and Chris Carson is like Derrick Henry-lite at running back. Seattle’s offensive line is seemingly is always a concern for the Hawks, but headed into the 2021 season, PFF ranks the Seahawks as having a top 10 offensive line in the NFL. Seattle’s offense will be a point of strength for the team this year, and the Hawks will need the offense firing on all cylinders in order to overcome the subpar defense that the team will fielding on the other side of the ball.

Shane Waldron joins the Seahawks after serving as Passing Game Coordinator and Tight Ends coach with Los Angeles Rams for the past couple seasons. Word out of camp is that Waldron’s offensive schemes are ‘complex‘ and that the new offense will be more up-tempo than in recent seasons. It will be interesting to see if the new offense scheme involves more of “Letting Russ Cook” a.k.a. option plays and passing the ball, or if it will involve more of a focus on the run game and Chris Carson as Pete Carroll has alluded to in recent months. Time will tell, but we are all excited to see how Waldron’s offense plays out on the field in Week 1.

Seattle signed tight end Gerald Everett in free agency away from the rival Los Angeles Rams. Gerald Everett walks into a great situation in Seattle as the clear top tight end, a title he couldn’t wrestle away from Tyler Higbee when he was with the Rams. Everett will be in competition with Will Dissly for snaps at tight end but Everett should see a majority of the playing time and targets. Looks for Everett to have a breakout season in Seattle this fall.

The Seahawks added wide receiver D’Wayne Eskridge in the 2nd round of the NFL Draft. This was somewhat of a surprising pick as not many analysts had the Hawks spending their first pick of the draft on a WR – and this was a WR they somewhat reached for in the draft. Eskridge profiles as a burner, perhaps a player that can stretch the defense as the third WR on the field for the Hawks. I do not believe Eskridge will make much of an impact as a rookie, but he may be a fantasy sleeper in 2022.

Seattle traded a 5th round pick to the Raiders for Offensive Guard Gabe Jackson. Jackson was brought into replace Mike Iupati who retired this offseason.

Offensive coordinator Brian Schottenheimer departs after three seasons of calling plays for the Seattle offense. Schottenheimer’s tenure was defined by the will he/won’t he Let Russ Cook saga. Waldron takes over and will likely bring back the run-first philosophy with an emphasis on play-action and tempo.

Tight ends Greg Olsen and Jacob Hollister depart the Seahawks offense for retirement and the Bills respectively. The tight end room is left with incumbent Will Dissly, and free agent acquisition Gerald Everett. The tight end room overall improves with the addition of Everett, but the loss of Greg Olson will be felt more in the locker room than on the field.

Carlos Hyde leaves Seattle in free agency to join the Jacksonville Jaguars backfield. The Jaguars are now coached by Hyde’s college coach at Ohio State, Urban Meyer, so the move makes a lot of sense for Hyde. Hyde’s role of spelling Carson will need to be replaced by DeeJay Dallas or Travis Homer (I intentionally did not mention Rashaad Penny).

Iupati announced his retirement from the NFL this offseason. A stalwart on the Hawks offensive line the last two seasons, Iupati will be missed. The Seahawks were able to replace Iupati with Gabe Jackson, who has a similar play-style at interior guard. 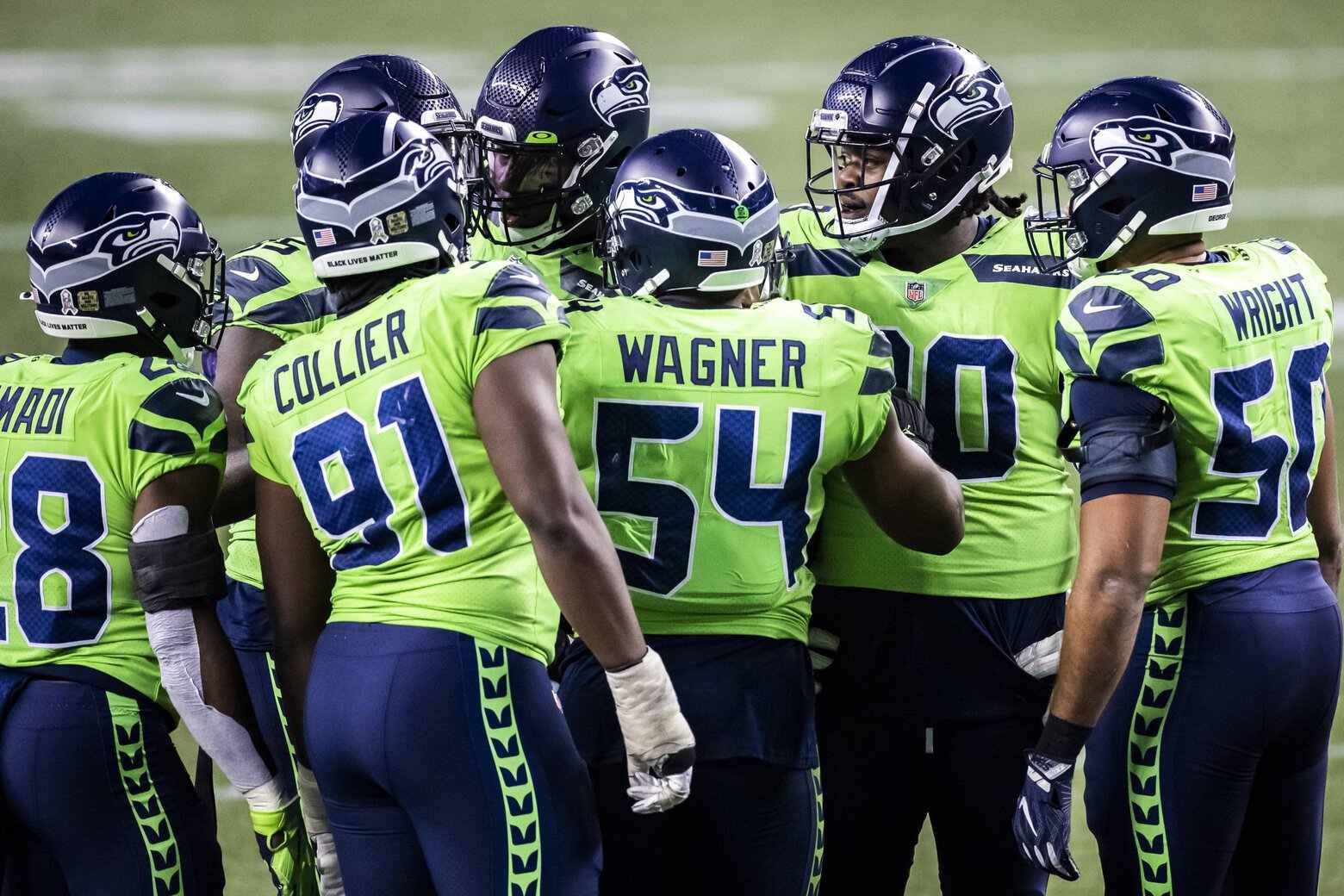 Seattle’s defense, once it’s hallmark, is now it’s soft spot. The Seahawks defense is just not going to be good enough for the Seahawks to control games, which means Seattle is in for another season of shootouts, which makes for great TV, but is also extremely stressful as a Hawks fan.

The D-line and linebacker groups have some playmakers, but the Legion of Boom era is long gone and the Seahawks secondary is now their Achilles heel with DJ Reed, Akhello Witherspoon, Tre Flowers, Tre Brown, and Pierre Desir occupying the cornerback room – yikes. Yes, superstar strong  safety Jamal Adams is a member of the secondary, but if you watched Seahawks games last year, he played more defensive end or outside linebacker than safety. To reiterate, the cornerback group is especially suspect, and will likely be a pain point for the Seahawks all season long.

The Seahawks also welcomed defensive tackle Robert Nkemdiche in free agency. A former 1st round pick of the Arizona Cardinals, Nkemdiche has a ton of potential and hopefully Pete Carroll can find ways to maximize his contributions to the Seahawks defense.

Akhello Witherspoon, who was a depth backup with the 49ers, was signed by Seattle this offseason to be a starting cornerback, maybe he has unrealized potential that will be realized with more playing time, but signing other teams backups to start is shows how desperate Seattle is for talent at cornerback.

Jarren Reed departed Seattle free agency to join the Kansas City Chiefs. A staple on the Seahawks defense since being drafted in the 2nd round back in 2016. The Hawks were able to replace Jarren Reed at DT with free agent signings Al Woods and Robert Nkemdiche.

This loss was very surprising for Seahawks fans as KJ Wright has been a fan favourite and key contributor for the past decade. He is still unsigned and recent reports seem to link Wright with the Las Vegas Raiders, but hopefully the Seahawks can find some way to recruit him back to Seattle before the season starts in September.

Shaquill Griffin joins Carlos Hyde in moving from Seattle to Jacksonville this offseason. Griffin will be missed as the leader of the cornerback room, and hopefully offseason signing Witherspoon can take over Griffin’s role at cornerback on the right side of the field. 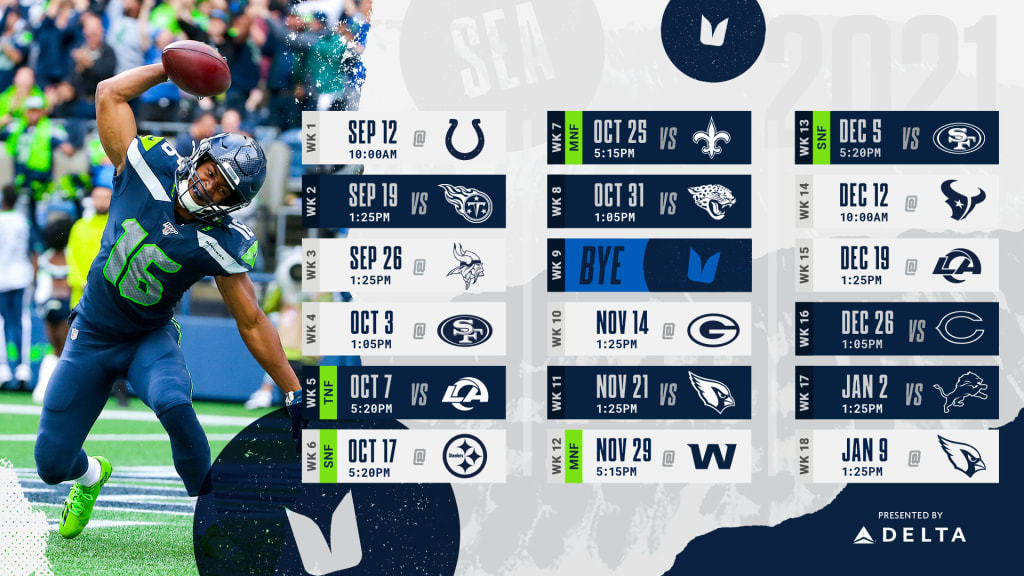 Having the 12s back in attendance at Lumen Field will be a huge advantage for the Seahawks at home games. The Seahawks have a relatively weak schedule as their AFC matchups are against the Steelers and the entire AFC South division: Jacksonville, Texans, Titans, and Colts.

I am a Seahawks fan, and as much as I dislike the 49ers, I think they will beat the Seahawks in the late season home matchup at Lumen Field this season. By Week 13 Trey Lance is definitely starting and my guess is he is electric and is in contention for Rookie of the Year.

I predict with an 11-6 record, the Seahawks will be a playoff team and in contention with the Rams and 49ers for the division. I don’t think the Seahawks have improved or gotten worse in the offseason and unfortunately I foresee another first or second round playoff exit at the hands of either the Bucs or the Rams.

The issue is the Seahawks defense, specifically the lack of skill at corner being the main concern, so the teams that excel in the passing game and have stout run defense will be a problem for the Seahawks this season. The defense just isn’t what it used to be and the offense is not quite prolific enough to win games on its own, especially in the NFC playoffs against teams with elite defences like the Bucs and the Rams. Unfortunately the Legion of Boom has become the Legion of Doom for the Seattle Seahawks’ Super Bowl hopes.