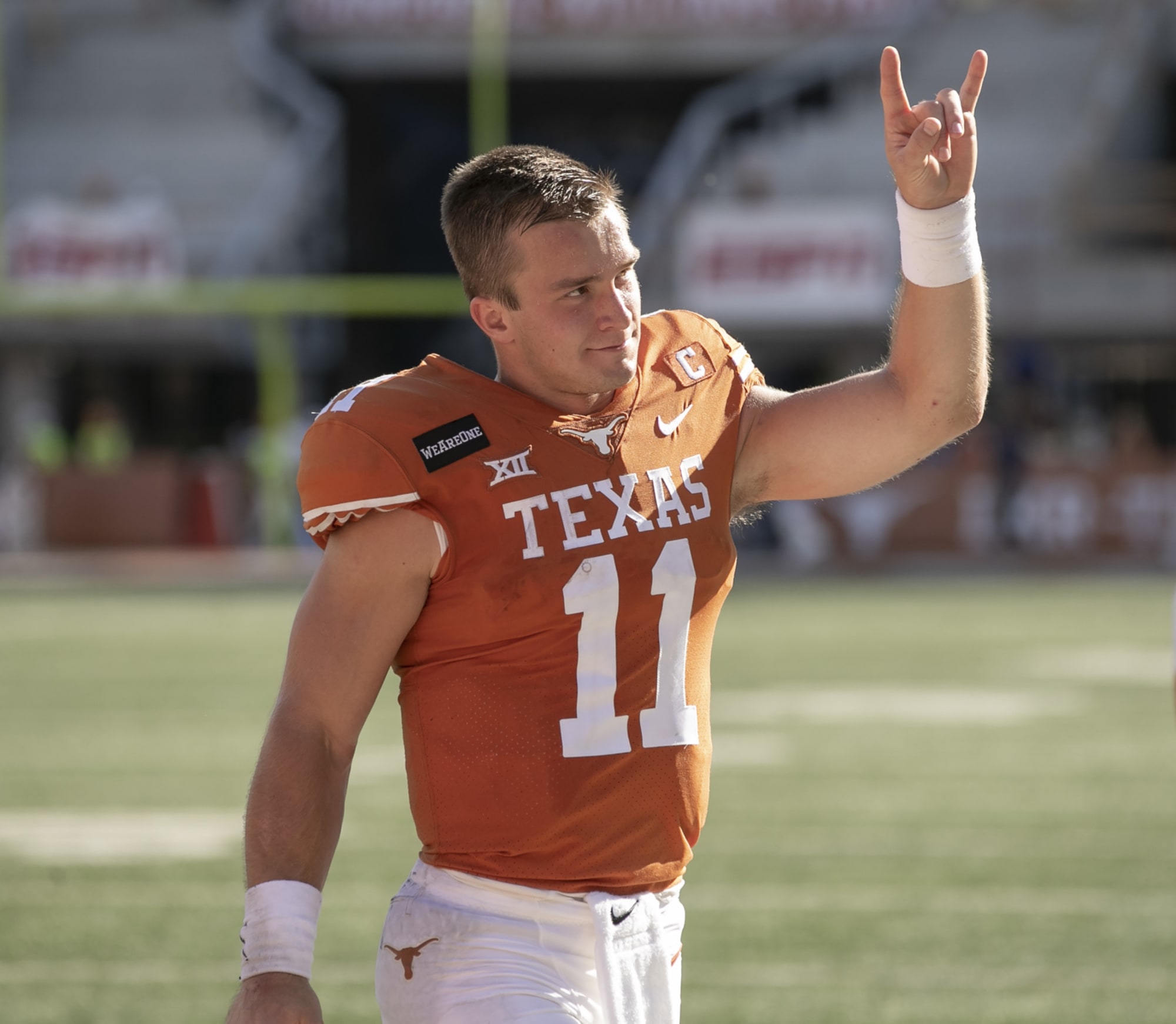 Training camp for the Indianapolis Colts has been a complete trainwreck since the injury to Carson Wentz. But have no fear Colts fans, there is a quarterback on the roster that can save your season. Head coach Frank Reich has seen the light and given Sam Ehlinger first teams reps in training camp.

Colts closed out today’s practice with rookie sixth-round pick Sam Ehlinger working as Indy’s starting QB. Today was the first day of camp in which Ehlinger took some reps with the Colts’ starters.

Is Sam Ehlinger a capable starting quarterback in the NFL? Absolutely not. Do I want to see him win the starting job for week 1? HELL YES.

As a person that is obsessed with college football it is hard to describe what the former Texas Longhorn quarterback brings to the table. If I were to be concise I would simply tell you that it isn’t much. But the intangibles and grit level are OFF THE CHARTS. Is your team’s quarterback willing to do this?

What Sam Ehlinger lacks in arm talent and football IQ he makes up for in determination and heart. If I were to compare Sam to a quarterback currenlty in the NFL he is basically a more athletic Ryan Fitzpatrick but with less arm talent. Colts fans, you might be worried about how this offense would look with Ehlinger under center but let me take you back to what many called the defining moment of Ehlinger’s career in college.

Let me set the scene for this moment, Ehlinger was playing his first road game as a true freshman and it just so happened to be a rematch of the 2006 Rose Bowl against USC (if you don’t know about this game I highly reccomend heading to YouTube and watching that game in full). The Longhorns were down 14-10 with 2 minutes left when Ehlinger took the field…

You may be confused after reading this. But all kidding aside I love Sam Ehlinger and it would bring me eternal joy to see him be a starting quarterback in the NFL. He would certainly be more exciting to watch then Jacob Eason or Brett Hundley.