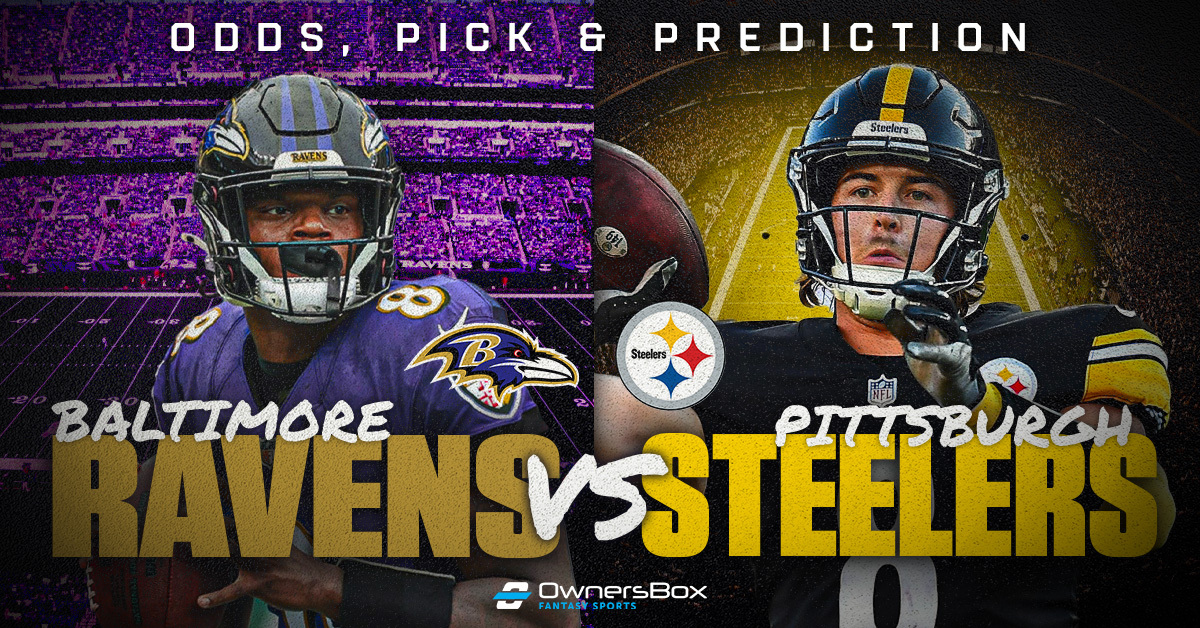 Both of these offenses are heading in opposite directions to begin the last portion of the 2022 NFL season. The Ravens’ offense has been trending downward with the injury to their star quarterback, Lamar Jackson, while the Steelers’ offense is looking the best it has all season. The Steelers enter Sunday as 2-point home favorites and look to extend their winning streak to three games.

The AFC North matchup is scheduled for Sunday, the 11th at 1:00 PM EST. Let’s take a look at the Ravens vs Steelers odds at Caesars Sportsbook MD.

This divisional matchup features the lowest total on the NFL week 14 betting board. That’s likely because both teams have been cashing tickets for under bettors this season, combining for a 15-9 record to the under this season.

Maryland online sports betting is now live! This was legalized just prior to Thanksgiving, the Old Line State welcomed a bevvy of Maryland sports betting apps, including the Caesars Sportsbook Maryland app.

Unlock the Caesars Sportsbook Maryland promo code today by clicking the banner below!

The Ravens currently hold the top spot in the AFC North with 8 wins and 4 losses but enter Sunday with Lamar Jackson still listed as questionable. But their top spot is in question with the Bengals right on their tail, also currently at 8-4.

Their defense has showed massive signs of improvement since the beginning of the season. At one point they were bottom of the league in passing yards allowed per game, over their first five games allowing nearly 300 yards per game. In contrast, over their last five games they are only allowing on average of 229 yards passing to opposing quarterbacks. A huge improvement and trending in the right direction.

I look for this to continue versus this Steelers offense who have first year quarterback, Kenny Pickett, under center. Pickett took over in mid-October. While the Ravens offense has been somewhat stagnant, the defense has stepped up to help keep the team in the game.

The total sits around 36.5 total points in the Ravens vs Steelers game betting lines, pointing towards the idea that the Ravens defense will step up once again.

The Steelers have shown great signs of improvement over the past few weeks, winning three of their last four games. The offense has had better days, but the defense is stepping up in big time moments to keep the team in the game.

The Steelers are short favorites in the Ravens vs Steelers betting odds, pointing towards the idea that Lamar Jackson will not be suiting up in this AFC North matchup. Based on PFF’s defensive grades both teams are below average but with the way these offenses have looked I wouldn’t be surprised if both teams struggle to move the ball on Sunday.

One positive for this Steelers offense has come around their running game, Najee Harris started the season with only one rushing touchdown over their first nine games. He has rushed for three touchdowns in their last three games. With a rookie quarterback under center, it seems that the Steelers decided to focus more on their running game to eat up time of possession while also opening up their passing game. Najee is listed as questionable as of Thursday.

As we have seen over the past few weeks, both of these teams have really struggled to put up points on offense. Averaging around 20 points per game over the past three weeks, I like the defenses to show up again this week. Especially in a divisional rivalry game, we often see a slow ugly game. Over the past three weeks, both teams have only allowed on average of 7 points in the first half. I like this one to start slow with an early emphasis on the run game. Let the clock tick!