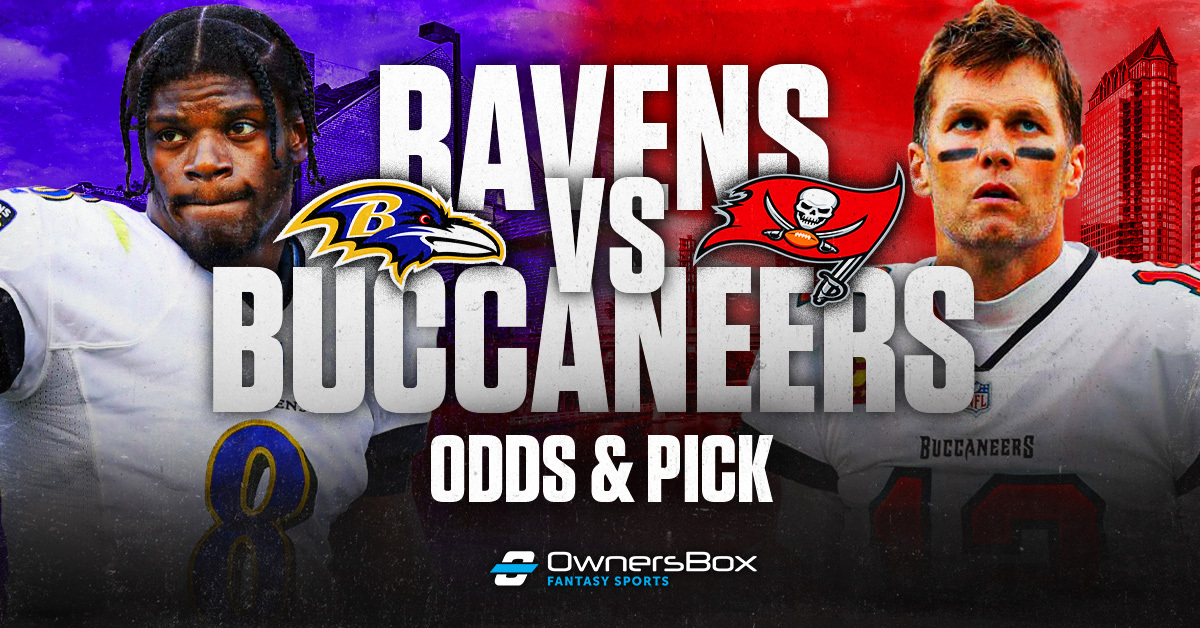 Welcome to NFL Week 8! We find ourselves with a pretty intriguing game to get us started in Week 8 with the Ravens vs Buccaneers. The Bucs are coming off one of the most embarrassing losses in recent memory, getting clobbered by the Carolina Panthers 21-3 right after Carolina shipped off 2 of their top 3 offensive threats in Christian McCaffrey and Robbie Anderson. Tom Brady appears to be in shambles, both personally and professionally, and may not be fully locked in on football this season, something we’ve rarely seen from Brady throughout his hall of fame career.

Regardless, we will be finding some winners as always, so let’s go ahead and hop into the player props for this Week 8 Thursday Night Football kickoff.

Be sure to shop around New York sports betting sites for the best Ravens vs. Bucs odds before placing your bets! We’ll be looking at DraftKings, Caesars Sportsbook, and BetMGM for the best NFL Week 8 Thursday Night Football props.

Odds as of October 26th at Caesars Sportsbook

Lamar Jackson was a complete and utter letdown last week, with fantasy managers across the country growing frustrated at a third straight underperformance. Fear not, as this is a Lamar smash spot without a doubt. The Bucs defense ranks in the top third of the NFL in rushing touchdowns allowed, and rank in the bottom third in passing touchdowns allowed. There is always the concern for Lamar to run the touchdowns in, but we have seen all year what the Ravens like to do around the goal line – and that is using Mark Andrews in the short passing game.

Additionally, we’re being given plus money here on this line, so I really like taking a shot on Lamar getting 2 into the box in the air on Thursday. Feel free to pair this up with a Mark Andrews anytime TD, as I think we see him bounce back from his massive dud last week that we will talk about later.

Mark Andrews is coming off one of the worst games of his career. He was targeted twice, something I highly doubt happens again all year. Of those two targets, he was unable to convert either, leaving him a donut in the receptions category. His only recorded stat was a rush for 4 yards. Interestingly enough, he actually took a snap under center and pitched the ball to QB Lamar Jackson, a bizarre play that did in fact work.

Back to Andrews, and this is a spot I will target every time coming off a dud. Markets are quite sharp these days so we probably aren’t getting that big of a discount on his yards over, but the matchup and usage is enough for me to be interested at the mid 60s level of receiving yards. He has provided over 89 yards in 4 of his 7 games, and is averaging exactly 65 yards per game so far this season, and that is with last weeks 0 included. Let’s hop back on the Andrews wagon this week and look for him to re-establish himself as the main option for Lamar Jackson in the passing game.