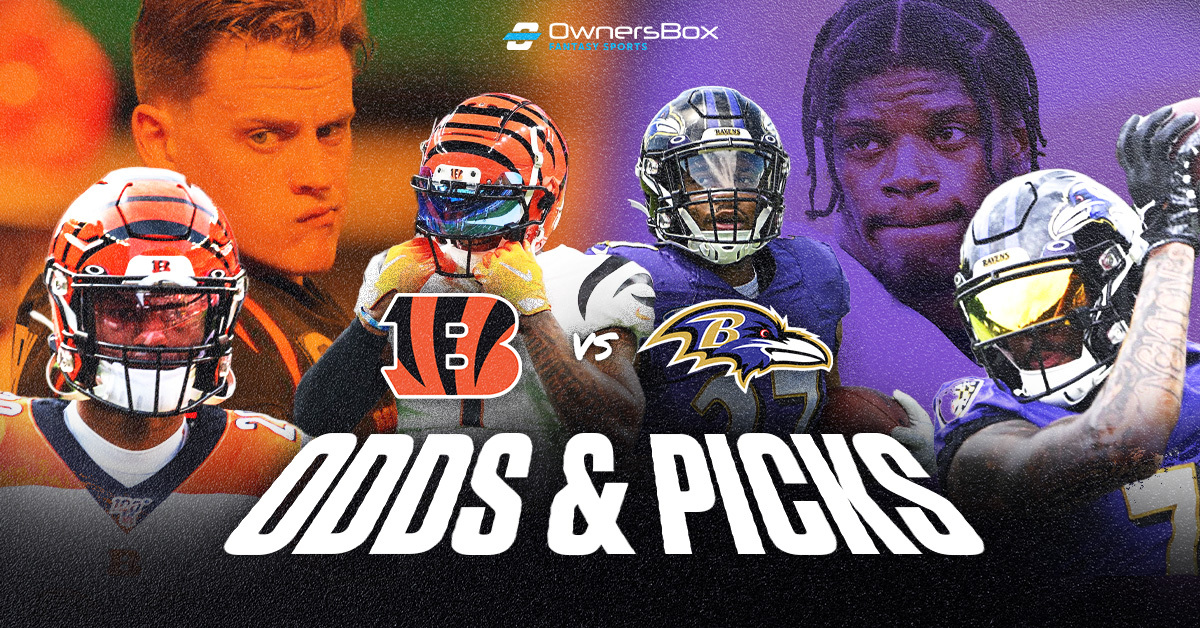 According to ESPN, the NFL Owner’s plan is as follows: “If the Ravens win Sunday over the Bengals and are matched against Cincinnati in an AFC wild-card game, the site would be determined by a coin flip. If Cincinnati wins or if the two teams are not matched against each other after a potential Ravens win, regular scheduling procedures would be used.”

With that being said, both teams still have something to play for. Let’s take a peek at the Ravens vs Bengals odds at BetMGM Ohio.

Ohio sports betting is now available to Bengals fans! With last week’s game being cancelled, this will be the first time bettors will be able to back Cincinnati. It’s a good time to back Zac Taylor’s team too, they are the best team in the NFL against the spread this season!

Check out the top Ohio sports betting promo codes if you’re looking for a place to place a wager in the final week of the regular season. There are plenty of new user offers available, including a $1,000 first bet at BetMGM Ohio with promo code ‘OWNERSBOX’.

The last couple of weeks have been tough for the Baltimore Ravens and their fans. Their season kicked off on the right foot, starting the season 7-3 over their first ten games. They were fighting for a chance to become AFC North Champions. But without their star quarterback, Lamar Jackson, the ask seemed too big to handle.

Jackson suffered a knee sprain in Week 13 and is due to miss his fifth straight game.

Over their past four games the Ravens offense has looked stagnant. They are focusing heavily on the run which defenses are able to easily prepare for. Over the last three weeks, the Ravens are third from last in time of possession, averaging 26 minutes per game.

Last week, the Steelers ran 70 offensive plays accruing over 35 minutes of time that the Ravens defense was spent on the field. This is NOT a recipe for success, especially heading into the playoffs when you need your defense to be more rested than ever.

The NFL says that if the Ravens beat the Bengals this week and the two teams are scheduled to play each other in the Wild Card round, the site for that game would be determined by a coin toss. pic.twitter.com/Fd74vydisv

The Cincinnati Bengals were set to face off versus the Bills on Monday but the game was canceled due to a horrific injury to Damar Hamlin. The two teams decided to not resume play while the league decided it was best to postpone the game. It was eventually canceled.

The Bengals have put on quite a show this season, entering week 18 with a 11-4 record. But one fact that people often overlook is regarding their AFC North matchups, three of their four losses have come at the hand of one of their divisional rivals.

The Ravens were able to beat the Bengals during week 5 where they won 19-17. But that was with a healthy Lamar Jackson, which Baltimore will not have in Sunday’s game.

I am not one to normally look too deep into trends but there is one that sticks out quite heavily when digging into this matchup….

Between both of these teams, only one divisional game has gone over the betting total this season. And that game SOARED over. The Bengals beat the Steelers 37-30 in week 11, the total was set at 39.5 the same number this game’s total is currently set at. A 1-9 record against the over in 10 total divisional games.

This season, Bengals games averaged roughly 46 total points combined from both teams, largely due to the fact that the Bengals average almost 30 points per game at home. I expect some quick scores out of this Bengals offense and a tired Ravens defense from being on the field so much the last couple weeks.