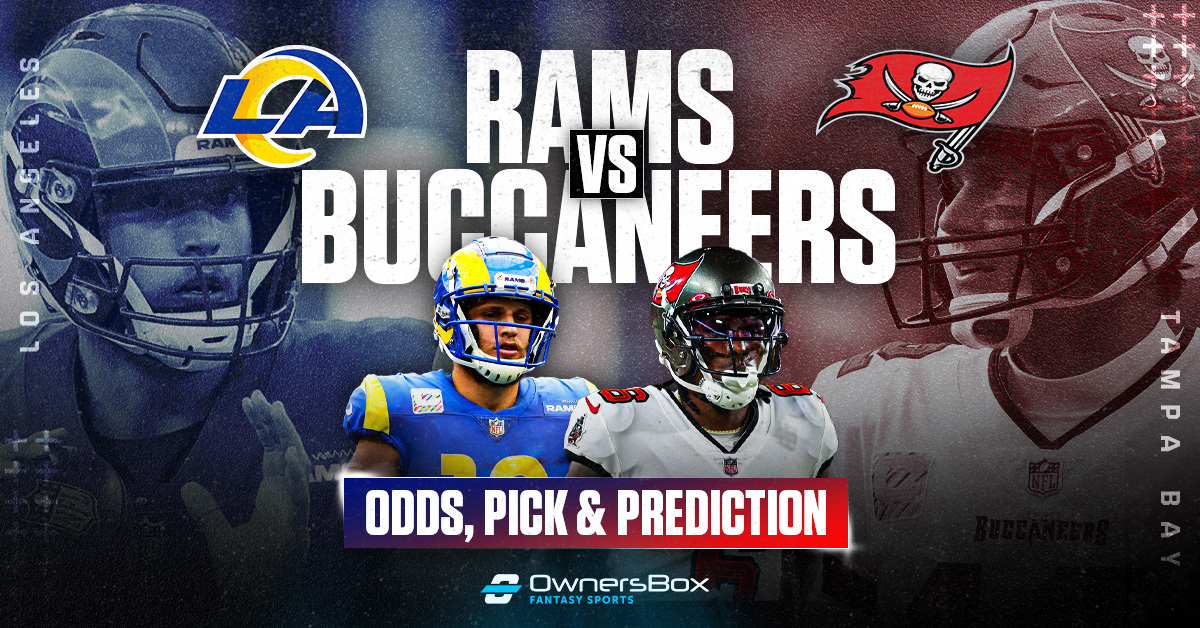 The last two Super Bowl champions are a combined 6-9 heading into NFL week 9, trailing the likes of the Seattle Seahawks and Atlanta Falcons. That is a real sentence in the year 2022. But here we are, suddenly this matchup has serious ramifications when it comes to earning a playoff spot. With Tampa Bay playing host on Sunday afternoon they’re the favorites in the Rams vs Buccaneers odds.

These aren’t two football teams that are just off to slow starts, by the end of this week we’ll be half way through the season. There are foundational problems with both of these rosters, but recreational football fans may not truly understand it when they still see Brady, Stafford, Kupp and Evans on the field. Let’s take a look at the NFL betting odds before previewing this matchup.

Ontario sports betting markets have seen this point spread bounce between the current number of 3 and 2.5 all week. The Bucs have yet to cover the spread at home this season, with an 0-4 ATS record. The two teams are actually the worst in the NFL against the spread this season, Los Angeles is 2-5 while Tampa Bay is 2-6.

Sign-up at Caesars Sportsbook and receive a $1,250 first bet with promo code ‘OWNERSBOXFULL’ for NFL week 9!

Buccaneers May Be Returning Key Pieces

Tampa Bay’s injury report has been lengthy the last number of weeks. But it looks like they could be getting some significant reinforcements. Carlton Davis, Sean Murphy-Bunting, Akiem Hicks and Antoine Winfield have all been practicing this week. When healthy this defense allowed just 23 total points in the first three weeks of the season.

The defense hasn’t really been the major problem though, the offense cannot seem to sustain drives and it’s because of their inefficiency in the run game on early downs. They rank 31st in rush DVOA and have the highest stuff rate in the NFL at 27%. Their inability to stay ahead of the chains has made them very predictable for opposing defenses, that likely won’t change here against the Rams defense that has the 2nd best run defense grade via PFF.

The Bucs have always been thought to be an elite run defense, but that is not the case this season. The loss of Shaq Barrett for the rest of the season doesn’t help either. They rank 23rd in stuff rate and allow 4.8 yards per carry. They actually rank 3rd in sack rate this season, but with the 24th ranked pressure rate that feels unsustainable and especially so with Barrett’s absence moving forward.

Here’s the final injury report for Bucs and Rams. A few questionables for Tampa Bay, but Julio Jones is good to go, as is Rams receiver Cooper Kupp. pic.twitter.com/2rVyVP0ALC

Los Angeles is having much of the same problems as Tampa Bay when it comes to their offensive line. They rank dead last in line yards and have the third worst pass blocking grade per PFF. The run game is basically non-existent, with only the Buccaneers averaging less yards per carry.

The good news for this offense is a matchup with the Buccaneers pass rush should alleviate some of these issues. The Bucs have the 6th highest blitz rate in the NFL, they need to blitz to generate any pressure. The good news is that Stafford continues to be one of the NFL’s best against the blitz, completing 71% of his passes and averaging 8.2 yards per attempt.

The defense shouldn’t have a problem stopping the run, but I doubt the Bucs look to run the ball much because of that. As good as they’ve been stuffing the run, they actually aren’t generating much pressure against opposing QB’s, ranking last in pressure rate and 14th in sack rate. They too have been blitzing quite often this season, 29% of plays to be exact, but unlike Stafford, Brady is completing 59.2% of his passes and is averaging 7.0 YPA.

I like the Rams in this matchup, despite the Bucs getting healthy on defense they completely lack pass rushing talent in their front 4. If they opt to go blitz heavy, Stafford has proven time and again that he will dominate against it. The Rams may also be getting their starting center Brian Allen back, which would be a significant boost.

The Rams defensive line has talent in Leonard Floyd and Aaron Donald to get in the backfield, and if they continue to blitz at the same rate they can make Brady very inefficient. I think the Bucs will find themselves in far too many third-and-longs, they rank 25th in the league in third down conversation rate.