The NFL head coaching market is as hot as ever, with interviews being conducted and announced each and every day. With the most recent news of Sean Payton “retiring” as head coach of the Saints there are now 9 NFL head coach vacancies.

The market is always stuffed with four different piles of candidates. The first being the young, inexperienced up and comers. This year those coaches would be Nathaniel Hackett, Raheem Morris and Jerod Mayo. The next being previous head coaches looking for another opportunity. Those would be Dan Quinn, Jim Caldwell and Brian Flores. The third pile is coordinators that have been in the market for what seems like too long now. Examples of these coaches this year are Eric Bieniemy, Brian Daboll and Josh McDaniels. The final group that appears every year is the college options. Those include Jim Harbaugh, Ryan Day and Matt Campbell.

Let’s have some fun and predict the next head coach for all 9 of the NFL teams looking for a new hire. 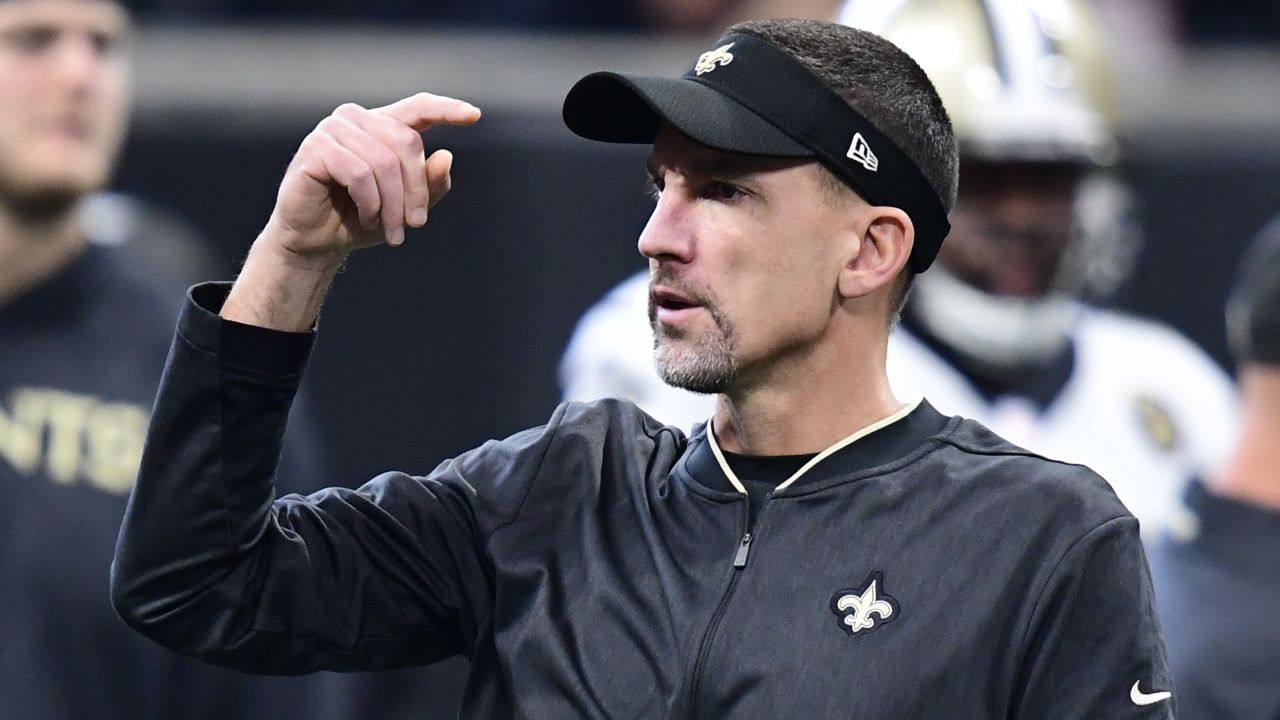 How can you not start in New Orleans? They will be looking for a new head coach for the first time in 16 years. The organization has been a model of consistency and success over that span, due in large part to the work of Sean Payton.

He certainly isn’t leaving this organization in the most advantageous spot. The Saints are a projected $61M over the cap for 2022. Not only that, Payton will make for a tough act to follow for whoever the new head coach is. This makes the Saints a less than ideal landing spot during the current head coaching cycle.

Current Saints DC Dennis Allen seems like an ideal fit for the job and has been mentioned as the leading candidate. He’s been with the Saints since 2015 after a head coaching stint with the then Oakland Raiders. He’s deployed one of the top defensive units in football in recent years. Even with the cap casualties prior to the 2021 season the Saints were still a top-5 unit in points and yards against per game. 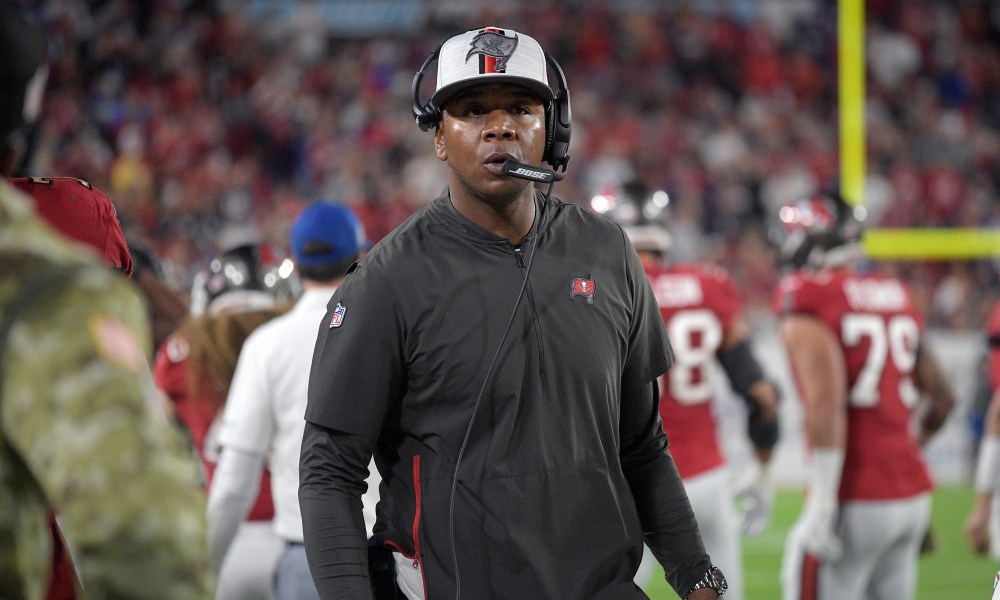 The Jaguars next head coach needs to be able to bring their #1 draft pick, Trevor Lawrence, along in his NFL progression. The Buccaneers offensive coordinator, Byron Leftwich, seems like the perfect man for the job. Tampa Bay threw the ball at the highest rate in the NFL this past season and as a result were a top-3 offense in yards per play.

It seems as though this this deal will be wrapped up within a few days as well. Leftwich was a former Jacksonville quarterback and 1st round pick who started 44 games for the organization. He’s well regarded in league circles and known as a player-friendly coach. His experience as an offensive coordinator and success through the air makes him an ideal fit for the Jaguars. 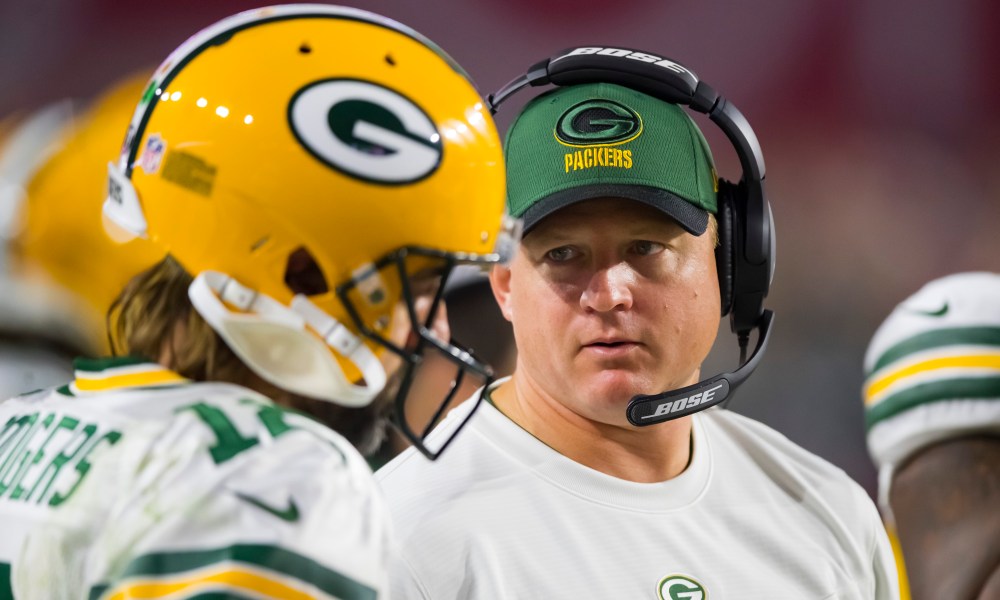 The Denver Broncos are in need of help on the offensive side of the football. The defense is loaded with studs like Bradley Chubb, Kareem Jackson, Justin Simmons and Pat Surtain. Part of their defensive success comes from Vic Fangio’s defensive prowess but there is a lot of capital invested in the defense.

The defense is ready to compete for a Super Bowl but this offense is missing competent play from the quarterback position. I’m sure that will be a focus from the organization this off-season but at the very least the next Broncos head coach should be an offensive mind. Enter Nathaniel Hackett.

Hackett has already had a few interviews with the Broncos brass and makes a ton of sense to be the next head coach. Hackett has been the offensive coordinator with the Packers for the last two seasons, during that time Aaron Rodgers is looking like he will win back-to-back MVP’s.

Listen to this quote from the Packers QB back in 2020:

“I hope he doesn’t go anywhere… Unless I do.” 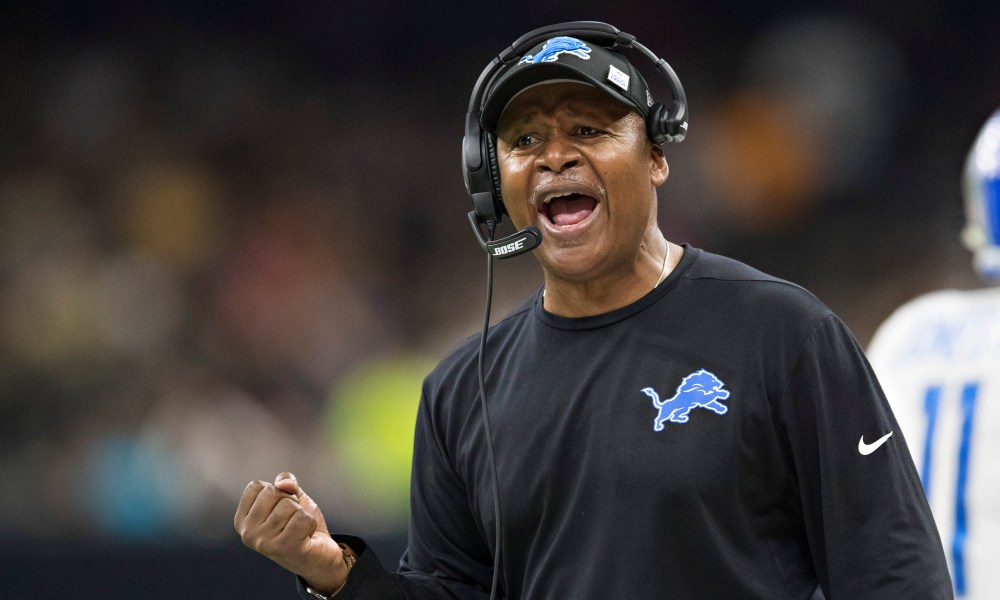 Of all the teams looking for a new head coach, the Bears next hire seems like it is the most important. With Justin Fields the Bears have an opportunity to finally get the quarterback position right. Whoever steps into the role needs to have a plan in progressing his NFL career.

At the same time, the Bears need some leadership and continuity with the next hire as well. It would be a risky move to go with a coach that doesn’t have previous experience leading a team. You don’t want to see Fields with his third head coach within a few years of entering the league.

Caldwell seems like a great fit considering his experience on the offensive side of the ball. Having worked with Peyton Manning in Indianapolis and having taken the Lions to two playoff appearances in his 4 years as head coach. He finished with a 36-28 record with the Lions, which becomes more and more impressive as the years go by. His time in the NFL could certainly help him put together a great coaching staff surrounding him. 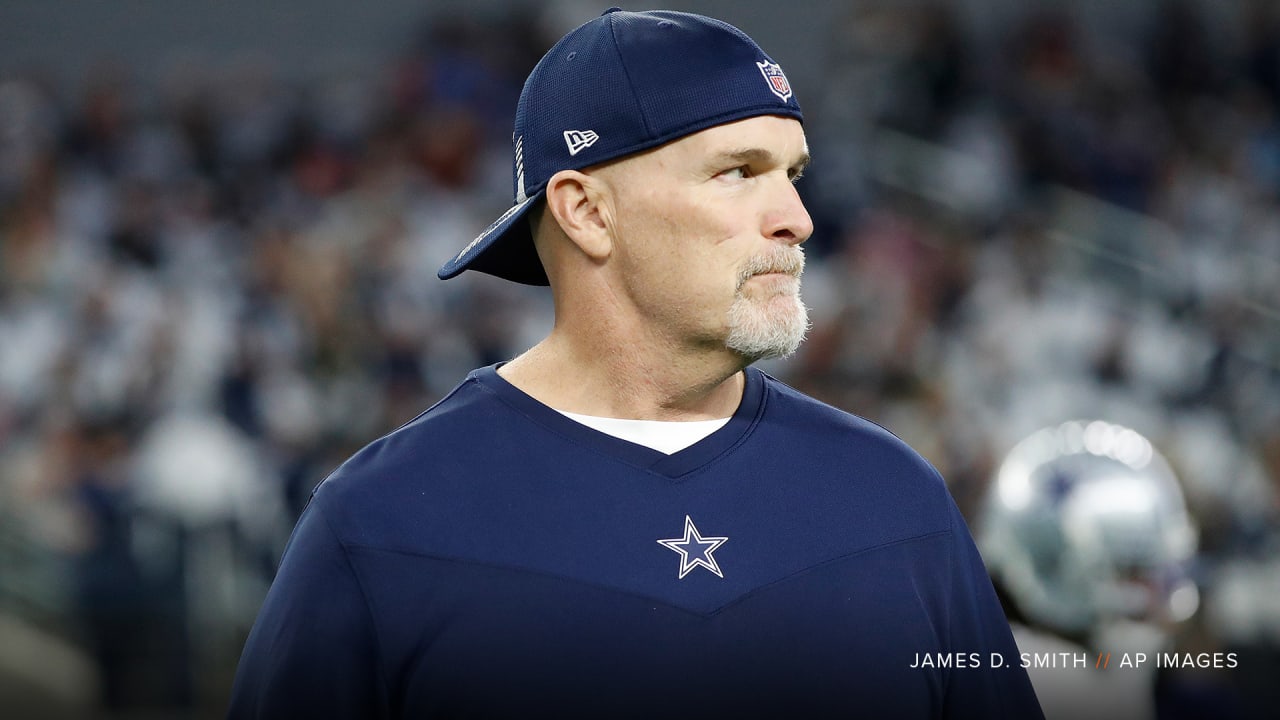 I see the Vikings dismissal of Mike Zimmer as nothing more then a new face and new voice needed inside the locker room. The offense is in a good place with Kirk Cousins playing some of the best football of his career the last two seasons. But the defense, which Mike Zimmer was known for, really struggled and kept this team from the postseason.

Dan Quinn proved the type of major turnaround he’s capable of on the defensive side of the ball this past season. Dallas went from allowing 29.6 points per game in 2020 to 21.2 (9th in NFL) in 2021. If the Vikings could get that type of turn around they would certainly be a playoff team.

With Rodgers future with Green Bay up in the air the NFC North could be theirs for the taking. Dan Quinn is the type of hire that they can expect to step in and find success immediately. If they go with a coach without head coaching experience any growing pains could effect this potential window. Miami Dolphins owner Stephen Ross has mentioned that he is steering away from Michigan head coach Jim Harbaugh. Ross is a Michigan man who is still involved with the program and even supports financially. So the connection clearly makes sense.

Harbaugh’s tenure with the Wolverines is the longest he’s been at any stop. With their struggles in the BIG10 prior to 2021, Harbaugh took a pay cut to stick around in Ann Arbour. He followed that up with a BIG10 Championship and a trip to the College Football Playoff. So perhaps the recent buzz is a point of leverage for a significant raise from Michigan administration.

But what if Harbaugh is dead set on heading to the NFL and wants to leave college football? If that is the case then Ross would be silly not to target him as the Dolphins next head coach. Harbaugh made the NFC Championship in 3 of his 4 seasons with San Francisco in his last NFL stint. He has an opportunity to work with a quality roster, especially on the defensive side, that is on the verge of a playoff berth. The city of New York needs a winning football team playing out at MetLife Stadium. The hiring of Brian Daboll can certainly help the Giants do that. They desperately need an offensive minded head coach. The offensive line is in a really bad place and will certainly be a focal point at the NFL Draft. But a great offensive play-caller can mask some of those offensive deficiencies for the time being.

I would expect the Giants to go into 2022 with Daniel Jones back under center. The quarterback class for this years draft is missing high level talent and even if they do make an investment there isn’t a prospect that can step in immediately. And quite frankly, why wouldn’t you give Daboll a chance with Daniel Jones after what he’s done with Josh Allen.

The Giants need to get this one right after Joe Judge lasted for just 2 seasons in New York. Daboll has done everything necessary to earn an opportunity and his resume should make Giants fans feel secure with this hire.

David Culley was hired to be fired, any argument against that is just not factual. The Texans were looking for someone to fill in for the season as they looked ahead to the next head coaching cycle for the right candidate. Of course, last season the Texans were not an enticing destination with Deshaun Watson’s legal trouble and no draft picks in the first 2 rounds.

Heading into 2022, Watson is still unlikely to return to Houston but the draft cupboard is stocked. The Texans have their 1st and 2nd round picks along with two 3rd’s and two 4th’s. So there is much more to work with for the next head coach.

Brian Flores was a surprise firing by the Dolphins at the end of the 2021 season but the media fallout also painted him in a bad light. He’ll certainly be in consideration for a lot of positions but I’m not sure the high profile destinations like Chicago or Minnesota would consider him. The Texans job would give Flores a long leash and the chance to mold a roster of his own.

He was a big proponent for acquiring Watson in Miami so perhaps he could get him to stay in Houston. If not, he’ll have the opportunity to find the quarterback he wants as Davis Mills didn’t have nearly the same draft capital invested as a guy like Tua Tagovailoa. 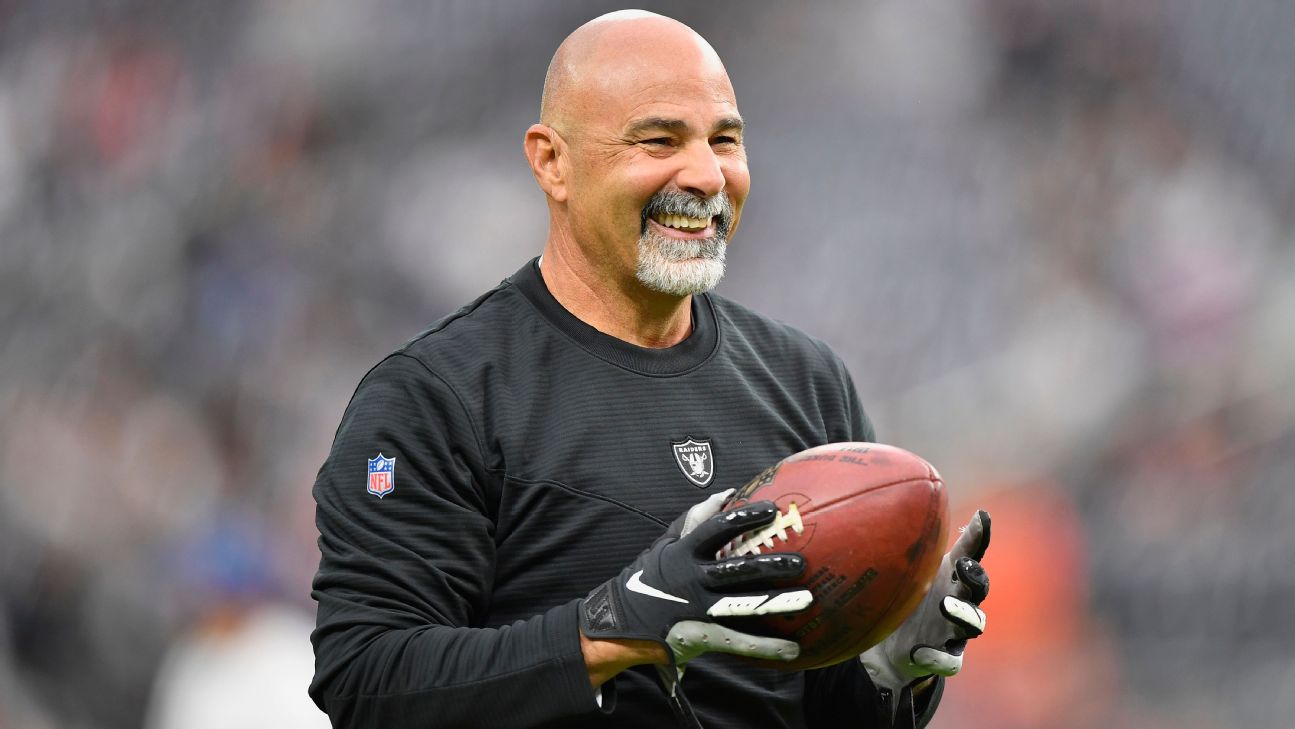 This one to me, seems pretty simple. But you just never know with Mark Davis and the Raiders. Gruden was a flashy hire that didn’t work out the way they wanted but perhaps Davis will be looking to make another splash. I don’t understand why he would though.

The job Rich Bisaccia did stepping in during a season packed with adversity is astonishing. With so many issues off the field the Raiders still found themselves in the postseason in one of the toughest divisions in football. It’s clear the players in that locker room love playing for him and responded well to his promotion.

It doesn’t necessarily mean Davis needs to lock him up long term but he deserves another year as the head coach of this team.