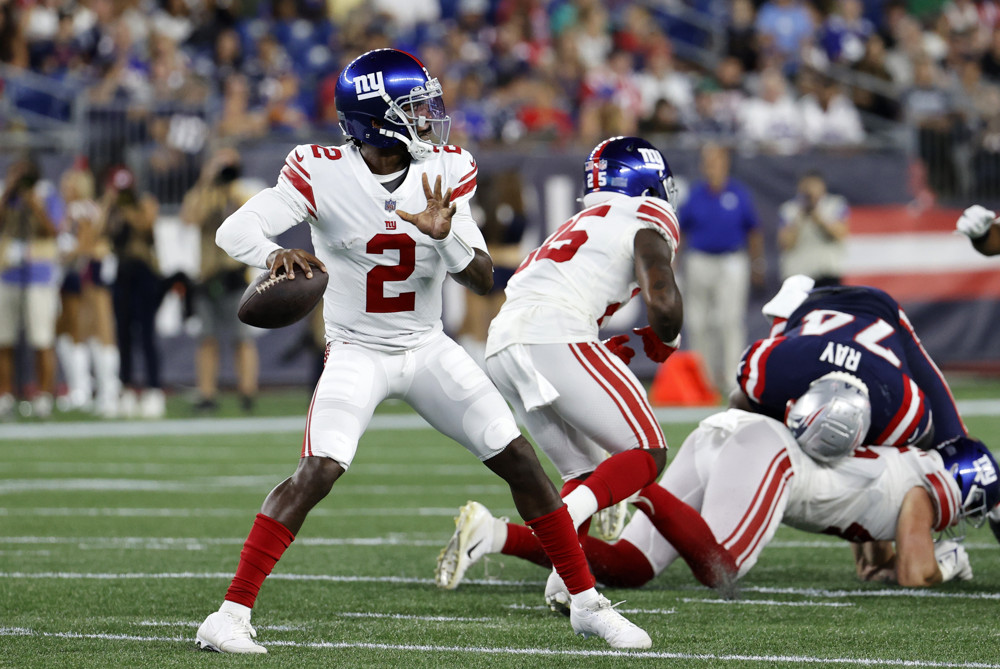 We are back for NFL preseason games in Week 2, and what exactly did I learn from watching the first week? Pretty much nothing. The lock of the year for everyone were preseason unders and they decided to just not happen, but you better believe we still have NFL preseason Week 2 picks.

After last night’s beatdown between the Bears and the Seahawks, we still have 15 games over the course of this weekend. I’m hoping we get more run from a lot of the first teams, but you can never get what you want all the time. I’ve been in the absolute lab, looking at these depth charts and trying to find some trends from what we saw last week, to give you 3 of my favorite picks for Week 2 of the NFL Preseason.

Odds as of August 19th at Caesars Sportsbook

These are three matchups that offer the best value heading into NFL preseason Week 2 slate. Caesars Sportsbook is considered one of the best NFL online sportsbooks, especially for preseason odds.

Kansas online sports betting is the next state to go live. BetMGM, DraftKings, and Caesars will be offering pre-registration before sports betting goes live on September 1st.

Raiders vs Dolphins Odds and Pick

Both of these teams come into their NFL preseason Week 2 matchup  undefeated, both scoring the exact same number of points with 26.

The Raiders have two wins and combined for 53 points in two games. They also play six days apart, between Week 2 and Week 3 of the preseason, so it should be interesting to see how they are going to their first team unit.

If they don’t play Derrick Carr and Davonte Adams, they are well taken care of behind center, with two suitable NFL-caliber backups in Nick Mullens and Jarrett Stidham. Although they aren’t going to be as deep at the running back position, or wide receiver position, they seem to have no problem scoring with any unit.

The league is changing right?

The difference is offenses are converting like crazy. Yards per point is 1.5 LESS than regular season average. pic.twitter.com/uCiVjAHPzW

The Dolphins let Skylar Thompson cook under center in Week 1, so expect Tua and the first team to get a little more run here in Week 2. Myles Gaskin got most of the workload in the backfield, and the Dolphins actually had some good receiver depth, with Lynn Bowden, Mohamed Sanu, and Trent Sherfield catching passes.

Kickoff for the Raiders vs Dolphins at Hard Rock Stadium is set for 7 PM ET on Saturday, August 20th.

Cowboys vs Chargers Odds and Pick

The Chargers and Cowboys have seen a lot of each other this week, as they held joint practices before their Week 2 preseason tilt. Although I couldn’t find any reporting of any fights between the two teams, there is no way they are going to like lining up across from the same guys again.

This is Barr's first practice with the team. pic.twitter.com/1aojalAYc9

Both of these teams come off of Week 1 preseason losses, and this betting line opened as a pick ’em. I think the Chargers are a much deeper team on the offensive side of the ball for the guys who may not see first-team reps. Chase Daniel got into the game and went 11/17 with 2 TD, as well as a trio of Isaiah Spiller, Josh Kelley, and Larry Rountree even adding in a little sprinkle of Austin Ekeler should have this team ready to go.

The Cowboys are short weapons due to injuries to Gallup, and having CeeDee Lamb as questionable with a foot issue. If they still have Ben DiNucci and Cooper Rush leading this offense, we may see them put up less than 10 points for the second week in a row. So roll with the Chargers as one of your NFL preseason Week 2 picks.

Bengals at Giants Odds and Pick

My over of the week is simply coming from my brain, and seeing two teams who scored a solid amount of points last week and also gave up their fair share of points. The Bengals gave up the most points of any team in Week 1 of the preseason, while scoring 23 points of their own. Although we don’t like them to win the division in our AFC North betting preview, we like them to score points in this NFL preseason Week 2 game.

If they should get any appearances by Joe Burrow and any of their great receivers, they should be able to score in the first quarter.

Speaking of serviceable NFL quarterbacks, no better name comes to mind than Tyrod Taylor. The savvy vet is once again getting a chance to play in the preseason, and I am going to trust him enough to not turn the ball over, and be able to move the Giants down the field at a good pace.

Preseason slates are unbelievably ugly, but there is still money to be made. See you guys at the Cash Machine.