Story of the Offseason: Wentz Out – Hurts and a Heisman Winner In 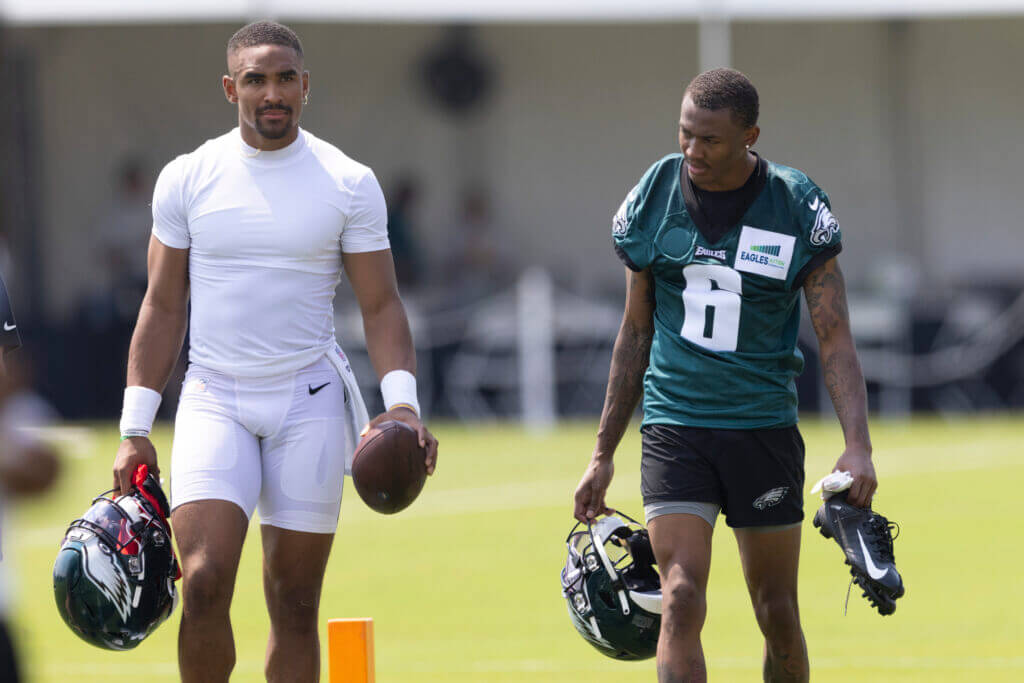 The Carson Wentz tenure in West Pennsylvania is finally over. On March 17th, the Eagles agreed to trade Carson Wentz to the Indianapolis Colts in exchange for a 2021 3rd Round Pick and a conditional 2022 2nd Round Pick that becomes a 2022 1st Round Pick if Wentz plays 75% of the Colts snaps in 2021 or if Wentz plays 70% and the Colts make the AFC Playoffs. This condition doesn’t look promising for the Eagles as unfortunately Wentz just went under foot surgery with a timeline of 5-12 weeks recovery that will likely seep into the first few weeks of the NFL season.

Sophomore quarterback Jalen Hurts Eagles and 10th overall pick Devonta Smith step in as the new faces of the Eagles franchise. These two Eagles are perhaps the two most doubted players and two of the most controversial players in terms of talent in the NFL. While nobody questions Hurts’ ability to run the football, many question his arm talent and ability to command an offense. With Smith the doubts come from his lack of size compared to the traditional profile of an alpha receiver.

As the Eagles head into the 2021 season, fans will be intrigued to discover if Hurts is the long-term answer at QB and if top 10 pick and Heisman trophy winner Devonta Smith can be the Pro-Bowl wide receiver the Eagles have lacked since DeSean Jackson’s first tenure with the franchise. 2021 is a pivotal year for the Eagles and may serve as a transition year as the Eagles uncover what they need to do with their multiple first round picks in the 2022 NFL Draft.

The Eagles offense is promising entering the 2021 season with the dynamic Jalen Hurts at QB, promising rookie Devonta Smith at wide receiver, talented third-year running back Miles Sanders, and tight end Dallas Goedert, who’s potential may not be yet fully unlocked. The offensive line is not a concern, as on paper, Johnson, Brooks, and Kelce are three elite lineman, but the issue is the constant injuries. The X-factor is Jalen Hurts and if he has the ability to move his offense with his arm and as well as he moves it with his legs. The 4 game stint near the end of 2020 showed promise, but Hurts did not breakout to the point that the Eagles franchise and fans believe in him as the certain answer at QB. Lets get into some of the key additions and losses to the Eagles offense from offseason movement! 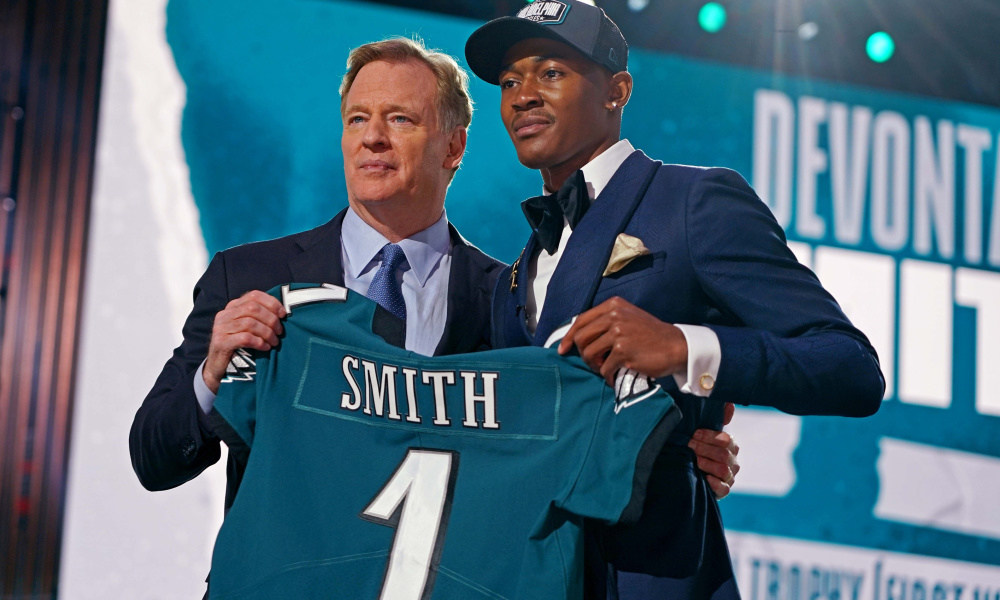 The Eagles selected wide receiver Devonta Smith with the 10th overall pick in the 2021 NFL Draft. Devonta Smith was the 2020 Heisman Trophy winner after a record setting season at the University of Alabama with 117 catches for 1856 yards and 23 touchdowns. Just look at that stat line, absolutely ludicrous. Smith’s statistical success was a product of Crimson Tide teammate Jaylon Waddle’s early season injury, as Smith dominated targets in Alabama’s high-powered offense. Despite all of his success in college, Devonta Smith arrives in Philadelphia with more doubters than any top 10 pick at WR in recent draft history. The sticking point is Devonta Smith’s size at 165 pounds; no receiver has had tremendous success at this weight at receiver in NFL history. I think this is qualm about Devonta Smith’s weight can be disregarded as Smith has showed at every level he is a special talent and often an exception to the rule, as he showed winning the Heisman as a wide receiver, a rare feat.

Quarterback Joe Flacco joins the Eagles after spending a year in Denver backing up quarterback Drew Lock. Flacco will be a veteran experienced prescence to support Jalen Hurts as Hurts takes over as the new franchise quarterback (maybe?) in Philadelphia. If Hurts were to falter, Flacco would step in at the helm of the Eagles’ offense, and in the first preseason game he certainly showed some flashes of capability and competence.

Nick Mullens arrives in Philly as a depth signing at quarterback. A times, Nick Mullens looked awesome stepping in when Jimmy G was injured in San Francisco, but at other times looked awful and was often replaced by CJ Beathard. Mullens does not have much chance of starting for the Eagles without multiple injuries in front of him at the quarterback position. 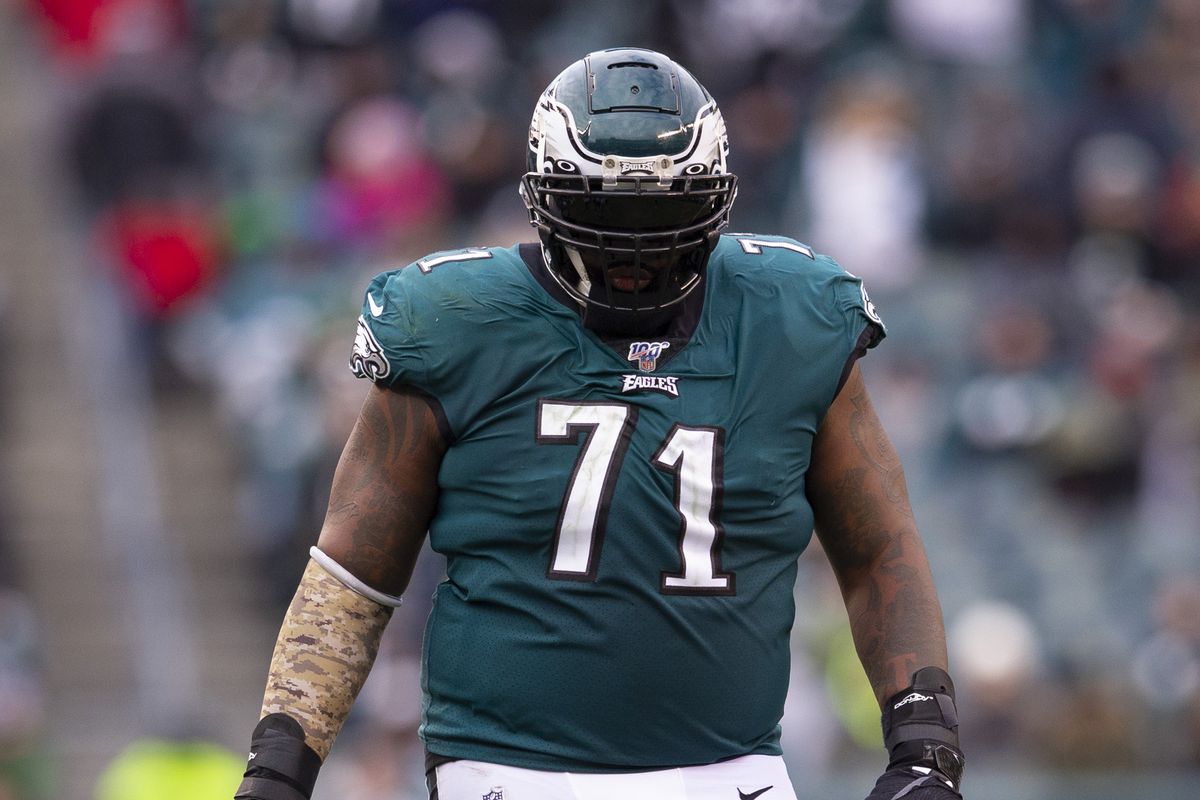 DeSean Jackson’s second stint with the Eagles ends as he signs a one-year contract with the Los Angeles Rams in free agency. Jackson was a non-factor for the Eagles in 2020 due to injury, and was beyond adequately replaced in the Eagles locker room by first round pick Devonta Smith.

Depth running back departs Philadelphia for NFC East rival New York Giants. Clement was buried on the Eagles running back depth chart for years and really never was given a chance to shine. In his rookie season Clement showed true flashes of potential, and Eagles fans will hope this potential isn’t realized any time soon with the rival Giants.

The Eagles defense has lost a step since the team won a Super Bowl during the 2018 season. Cox and Graham still combine to create one of the more commanding DL combos in the NFL, but overall the defense is lacking playmakers at a three levels. Darius Slay was supposed to be the answer at cornerback but had one of the worst seasons of his career in 2020 in his first year with the Eagles. Hopefully the Eagles can find a spark as a unit with some talented newcomers, but overall I think this is a middle of the pack, defense in the NFL, unfortunately in the bottom 16 defensive units on paper. 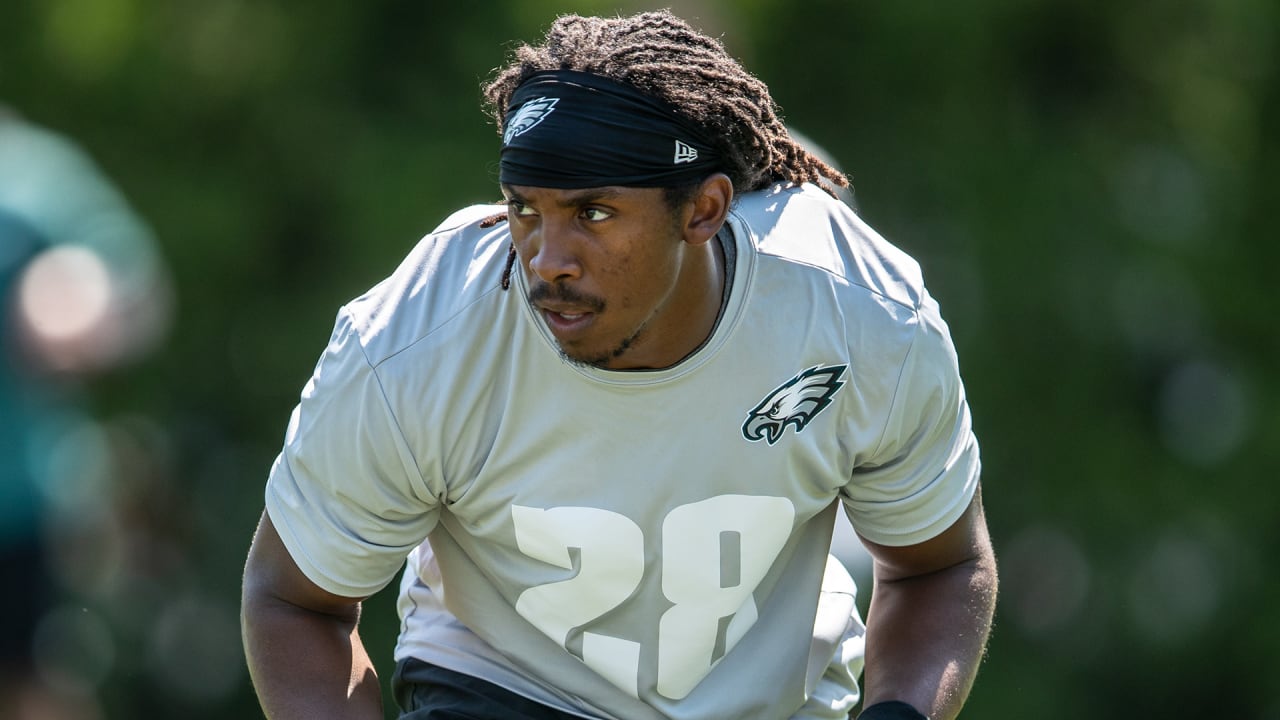 Former Minnesota Vikings safety Anthony Harris is a notable signing for the Eagles defense this offseason. Harris’ best days are likely behind him as he lead the league in INTs in 2019 but had zero in 16 games in 2020, but he is still a serviceable free safety, and will provide competence to the Eagles secondary that saw a few pieces depart in free agency.

Ryan Kerrigan departs Washington to join he Eagles this offseason, signing a 1 year, $2,500,000 deal. Kerrigan has been the leader of the Washington defense for the past ten years as Washington’s all-time leader in sacks. Kerrigan suprisingly joined the rival Eagles in free agency and will bring a leadership presence to the Eagles’ pass rush room and the Eagles’ defense overall. 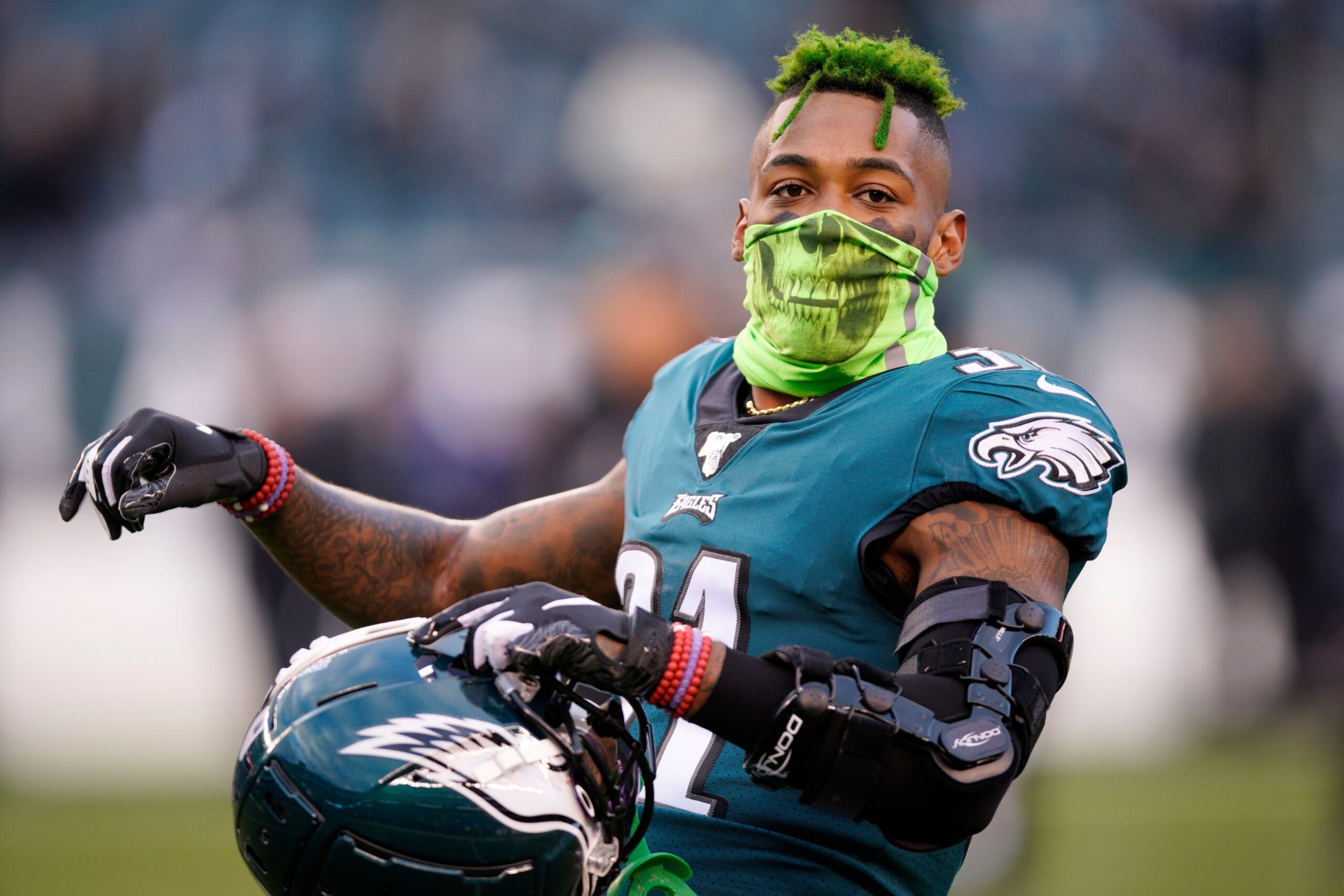 The most notable departure from the Eagles defense this offseason was Jalen Mills signing a 4-year $24,000,000 contract with the New England Patriots as part of the Patriots’ free agency spending blitz. Mills has been a consistent contributor for the Eagles for the past 5 seasons. While Mills was never an elite corner due to his lack of speed and agility, he brought buckets of confidence and swagger to the Eagles defense. It will be interesting to see how Belichick utilizes Mills as he will likely play a combination of safety and cornerback for the Patriots.

Malik Jackson departs Philadelphia signing with the Cleveland Browns on a 2-year $2,400,000 deal. Jackson only started 6 games for the Eagles over the last two years, and the former Pro Bowler was generally a disappointment for the Eagles defense with only 2.5 sacks and 15 tackles. Maybe he will resurrect his career in Cleveland. 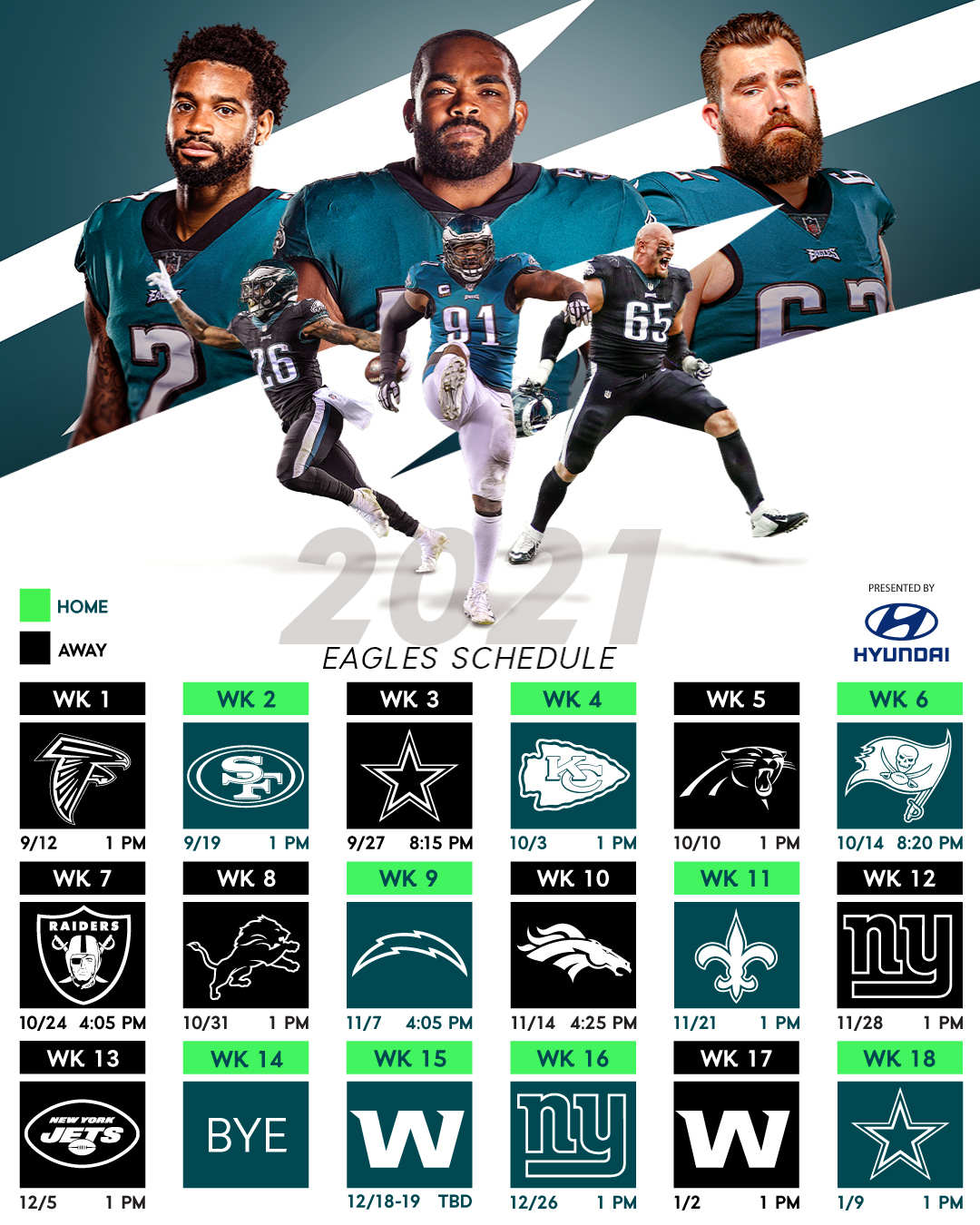 The Eagles schedule starts tough with matchups against the 49ers, Cowboys in Dallas, the Kansas City, and defending champion Buccaneers first 6 weeks.  Things get a lot easier in the second half with games against the Lions, Saints, and Jets out of the division. Overall I think the Eagles season will look lost after 6 games with a 1-5 start, but the Eagles will find a groove and turn things around to the tune of a 7-10 finish; it won’t be enough to make the playoffs but it will be an improvement over last years 4-11-1 season. 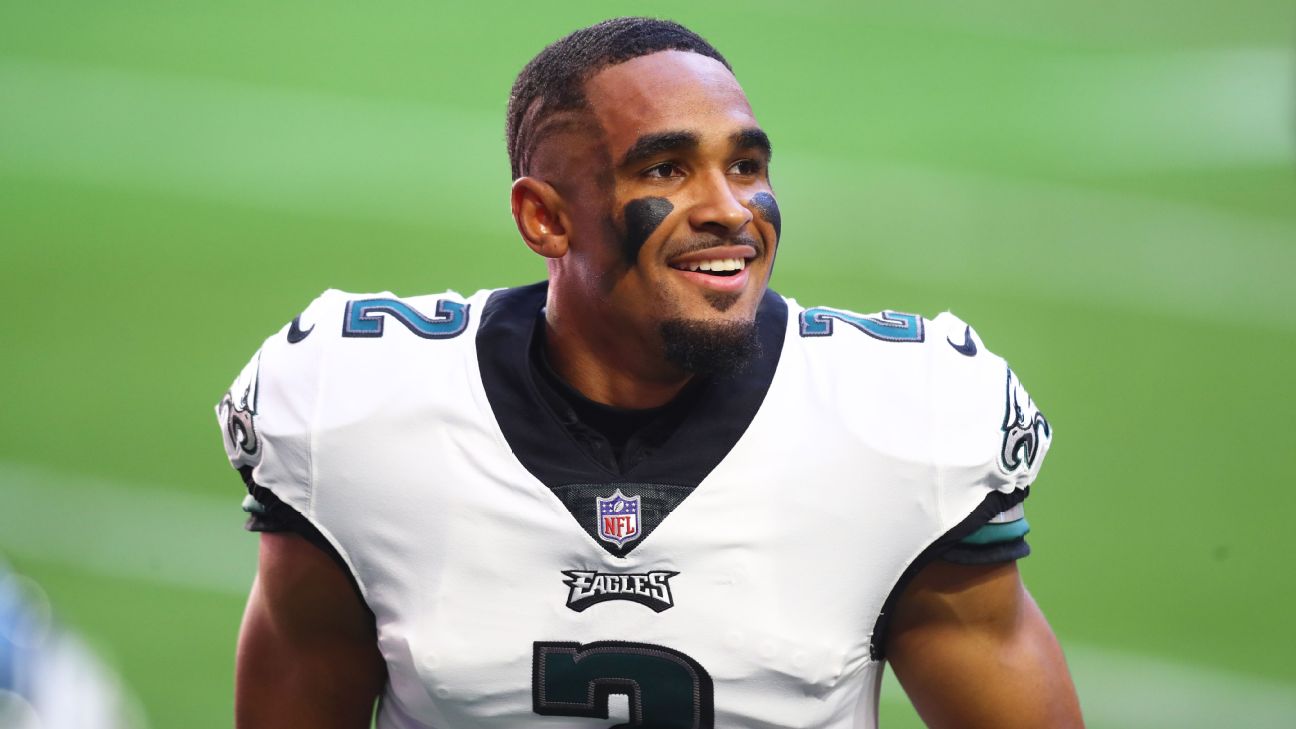 I think that 2022 will be the Eagles year, as Hurts and Smith gain more experience and the Eagles capitalize on their accumulated draft capital in the 2022 Draft. The defense just is not in place to make the Eagles contenders in 2021 as the Washington Football Team and Dallas Cowboys fight it out to win the NFC Beast. The 2021 season is ultimately Jalen Hurts’ grand audition to be the Eagles front office, coaches, and fans as he sets out to prove he is their man, the franchise QB, their hope – for now and for the future.