Packers vs Bills Odds, Preview, and Betting Pick for SNF 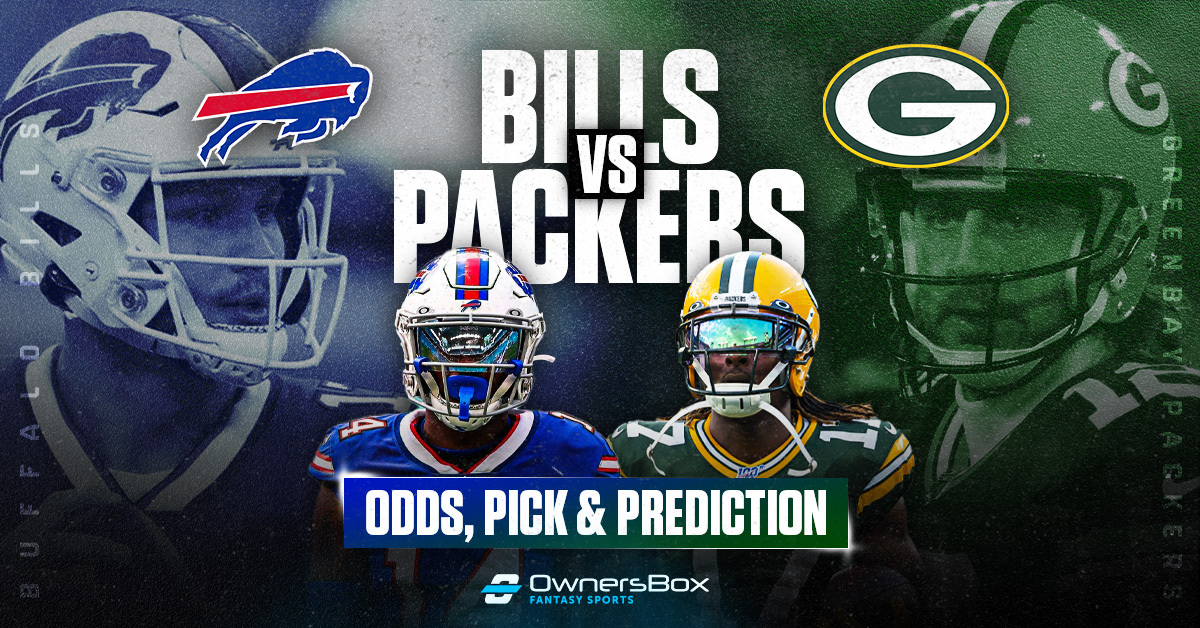 The Green Bay Packers have been a lacklustre team to start the season and it appears the oddsmakers have finally caught up. After being “upset” by the Giants, Jets, and Commanders, Aaron Rodgers finds himself as a double-digit underdog in the Packers vs Bills odds. A team fresh off of three straight loses in games they were favorites now has to travel to Buffalo in what will be an insane atmosphere.

The Bills are a complete juggernaut and continue to get healthier coming off of a bye. The Packers have only covered one game away from Lambeau over their last six tries and you just cannot trust the current state of this franchise. Josh Allen has also been known to show up in primetime spots, where he holds a 10-3 ATS record.

New York sports betting markets make Aaron Rodgers a double digit underdog for the first time in his career. The underdog role hasn’t been very profitable for Packers backers as the team is 15-15-1 against the spread since 2015. They are a pedestrian 11-19 straight up as well. The Bills have been the most profitable favorite against the spread since 2019, going 24-14-3.

If you’re looking to place a wager on the Bills, or any NFL team this weekend, and you haven’t signed up at DraftKings Sportsbook you’re in luck. New users can sign-up with the DraftKings promo code, place a $5 wager on the NFL, and receive $200 in free-bets!

The Packers may be the best fade of the season. They have dropped four straight against the spread and currently hold a 2-5 ATS record on the season. Aaron Rodgers has shown plenty of frustration this season and even when he walks himself into a sack you best believe he’s going to blame someone else. The Packers are scoring just 18.3 points per game which ranks 18th league wide.

The lookahead line in the summer for this matchup was Bills -3.5. Many people circled this game on their calendar as a possible Super Bowl preview and boy have things changed. Not everything is doom and gloom for the Packers as they do hold the the best pass defense in the league, allowing just 168.9 yards per game. Josh Allen and Stefon Diggs are a different animal but finding an edge for the Packers in this spot has been tough enough, so their passing defense is it. Crazier things have happened and Aaron Rodgers as a double-digit dog is eye opening but when you really weigh the dominance of the Bills and the fall of the Packers, this spread is exactly where it should be.

The Bills are a special team with a duo of Josh Allen and Stefon Diggs on pace to set multiple records. Unlike a lot of teams, the Bills enjoy scoring as many points as possible and rather than shutting the passing game down when they go up, they continue to attack teams until late in the fourth quarter.  The Bills are 4-1-1 ATS this season and are expected to be favorites in every game the rest of the way. At home, the Bills have outscored their opponents 79-10 which should prove just how good not only this offense is, but also the defense.

"This is some recipe. I think it can get ugly."
— @Pschrags pic.twitter.com/IRjWcnxHGV

Josh Allen has moved to +120 odds to win MVP and he continues to stack eye opening stat lines on a week-to-week basis. Allen is fresh off of two straight AFC offensive player of the week honors followed by a bye week to re-energize. Referencing points per game, the Bills hold the #1 defense and the #2 offense. What is crazy about that is the Bills have already gone through the toughest part of their schedule in which they dealt with multiple injuries to key defensive players. I expect the Bills to continue to ascend and a guy who will continue his dominance on Sunday night is Stefon Diggs. Even after a week off, Diggs is still second in the NFL in receiving yards. Jaire Alexander had troubles with Terry McLaurin a week ago and if the Bills do win in blowout fashion, expect Diggs to continue his incredible season.

Packers vs Bills Pick and Prediction

We have covered pretty much everything above that has led me to this pick. I am staying away from the spread but rather targeting Stefon Diggs. Stefon Diggs has a receiving yards prop set at 78.5 and I think that is about 10 yards short on where it should be. Diggs has gone over this number in 4/6 games and fell just short in Miami where he had to come out of the game repeatedly for heat exhaustion.  Diggs is averaging 12 targets per game over his last two and Josh will continue to look his way.

Give me Diggs over 78.5 receiving, he’ll be week 8 NFL DFS wide receiver I’m targeting on OwnersBox as well. When the line becomes available, don’t be afraid to sprinkle his 100+ alternate line.