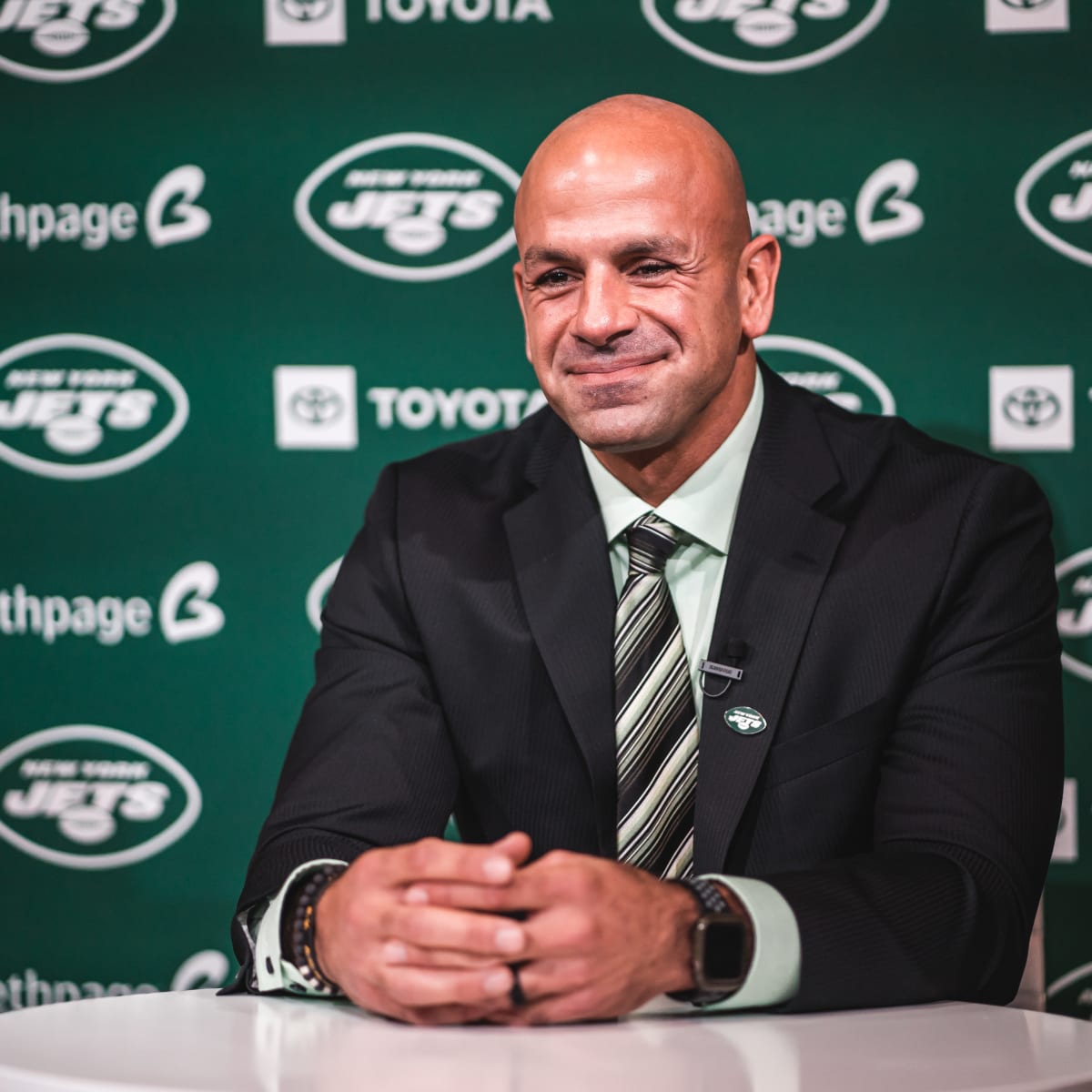 Story of the Offseason: From Utah to the Big Apple 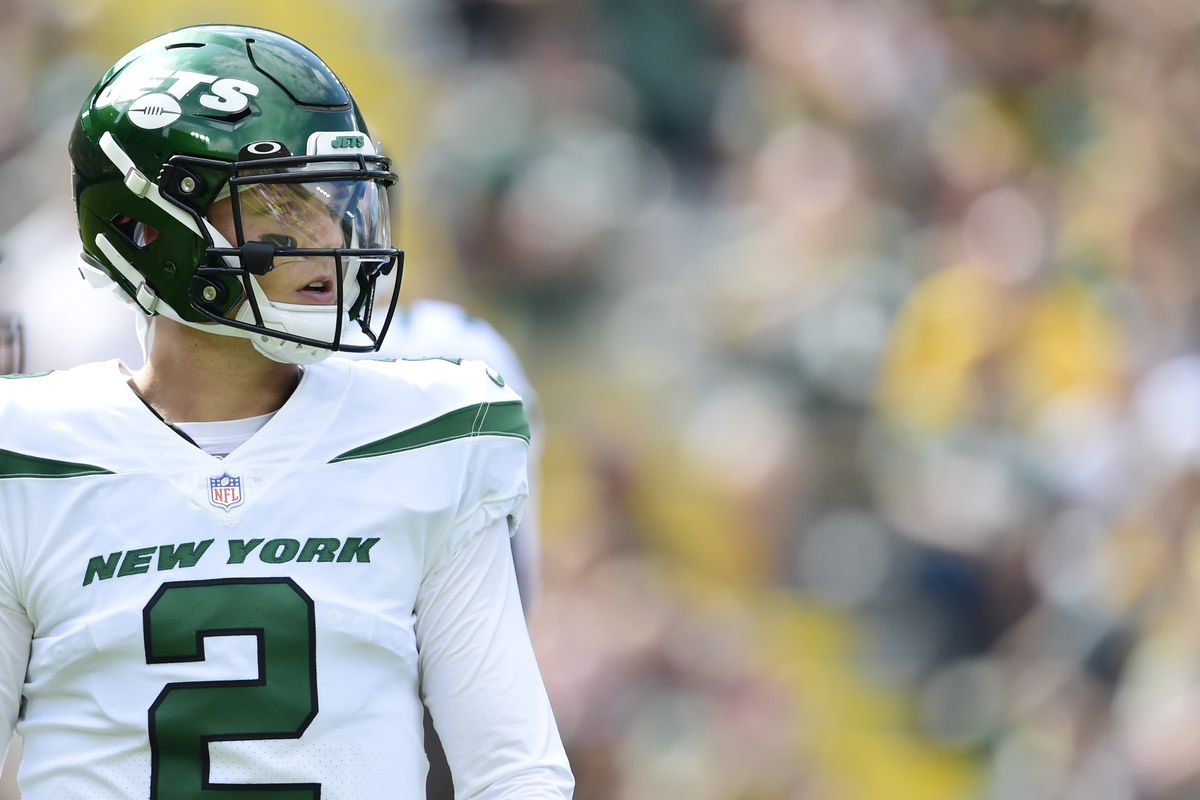 There is a new quarterback in green and his name is Zach Wilson. The Jets selected Wilson 2nd overall out of Brigham Young University in the 2021 NFL Draft. Wilson shot up draft boards late in the process after a solid finish to his season with BYU and a fantastic showing at his Pro Day where he made numerous spectacular throws. After Sam Darnold was traded to the Carolina Panthers during the lead up to the draft, it became remarkably clear that the New York Jets were going to select a quarterback 2nd overall in the draft, with word leaking out of Jets camp that Zach Wilson was their man. Zach Wilson will look to be the long lost answer at QB for the Jets who haven’t had much success at QB since Mark Sanchez let the Jets to a pair of AFC Championship games in 2009 and 2010. Wilson has looked incredibly composed through the pre-season, and the Jets may have found a franchise quarterback. 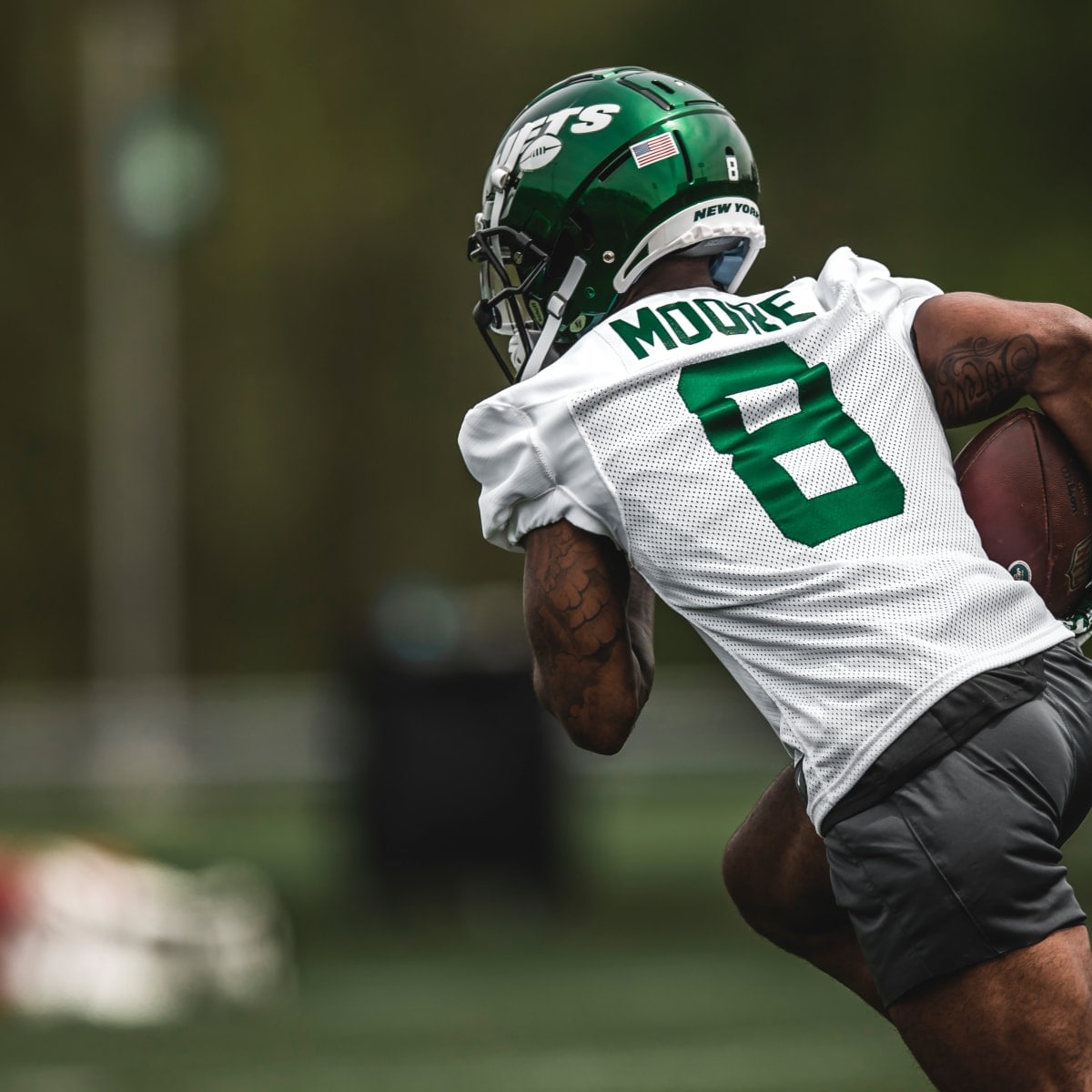 The Jets completely revamped their entire offense this offseason a multitude of new skill players through the draft and free agency. This offense will look entirely different in the 2021 season with a new starters at every position. Lets get into all the new Jets offensive players, and also key losses for the Jets offense from this off season.

The Jets signed wide receiver Corey Davis to a 3-year $37,500,000 contract. The former 6th overall pick has a new home in New York after 4 up-and-down seasons in Tennessee. Corey Davis provides the Jets offense with a clear Number 1 wide receiver, and wide receiver with which Zach Wilson can build early-career chemistry.

The New York Jets drafted wide receiver Elijah Moore in the 2nd round with the 34th overall pick in the 2021 NFL Draft out of the University of Mississippi. Elijah Moore has been perhaps the most praised rookie in the entire NFL through training camp and unfortunately he has recently suffered a lower body injury that has his Week 1 prospects in doubt. Once Moore returns to health, he looks like he may be one of the breakout rookie wide receivers of the year.

NYJ selected Michael Carter in the 3rd round with the 66th overall in the 2021 NFL Draft out of the University of North Carolina. Michael Carter was second in the UNC backfield rotation to Denver Broncos rookie Javonte Williams, but stood out enough to warrant a third round selection by the Jets. Carter enters a backfield competition that is wide open and has a good chance to claim the role of starting running back for the Jets.

The Jets signed veteran wide receiver Keelan Cole in free agency to a 1-year $5,500,000 contract. This was a rather large contract for a wide receiver who never really broke out during his four seasons with Jacksonville and is likely indicative of the Jets using Keelan Cole prominently in the wide receiver rotation with Corey Davis, Elijah Moore, and Jamison Crowder. Denzel Mims appears to be the odd man out in the Jets’ wide receiver room.

New York signed tight end Tyler Kroft to a 1-year $2,000,000 contract. Kroft has appeared to pass incumbent Christopher Herndon as the starting tight end for the Jets with standout performances in both training camp and Jets pre-season games. Tyler Kroft is starting to look like a deep sleeper at tight end for 2021 fantasy football.

Joe Flacco is now a member of the Eagles after signing a 1-year $3,500,000 deal in Philadelphia. Flacco will provide depth at QB behind incumbent starter Jalen Hurts, and will compete with the newly acquired Gardner Minshew for second string. Flacco was competent in his starts for the Jets in 2020, and the former Super Bowl champion may have something left in the tank still.

Offensive Guard Pat Elflein is now a Carolina Panther after signing a 3-year $13,500,000 contract during the offseason. Elflein was competent in prior seasons on the Jets offensive line; the Jets brought in offensive guard Dan Feeney from the Chargers in free agency to replace Elflein. 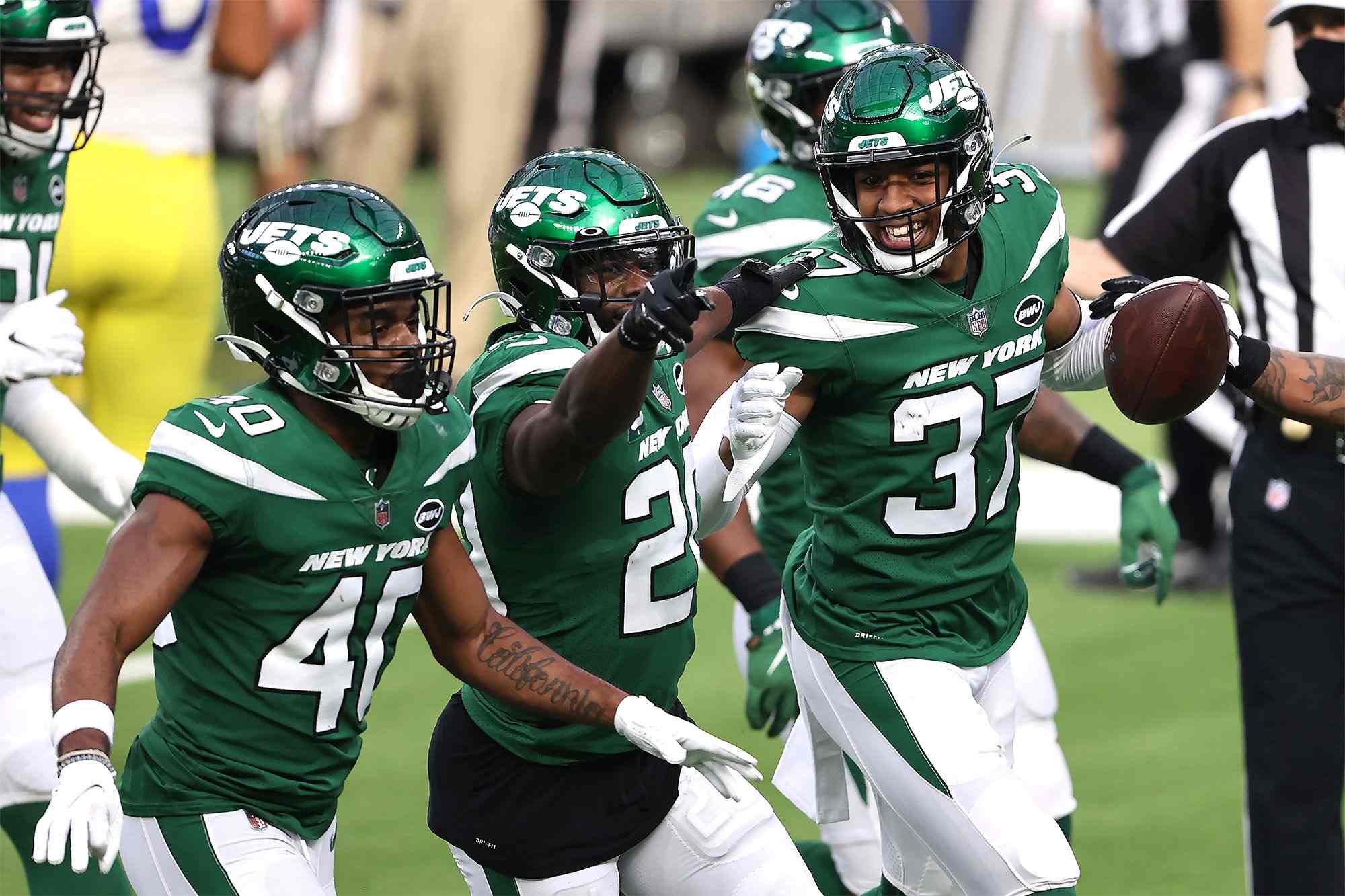 The Jets defense was among the worst in the NFL in 2020 with Dr. Heat Greg Williams calling the plays as defensive coordinator. While this is still an below-average defense, their were some improvements over the off-season. Lets get into some of the additions and losses from the Jets defense from the offseason.

Defensive end Carl Lawson signed a 3-year $45,000,000 contract with the Jets in free agency. This is the marquee signing of the offseason for the New York Jets. Unfortunately, Carl Lawson went down with injury in training camp. The Jets subsequently traded for Shaq Lawson from the Houston Texans in exchange for draft capital.

Defensive tackle Sheldon Rankins signed a 2-year $11,000,000 contract with New York after five successful seasons in New Orleans. Rankins is underrated defender and will add a veteran presence to the Jets’ defensive line.

Defensive end Henry Anderson signed a 2-year $7,000,000 contract with the arch-rival New England Patriots. Anderson has had controversial late hits in the past on both Josh Allen and Steven Hauschka. Anderson will now be chasing Zach Wilson twice a year for the Patriots. 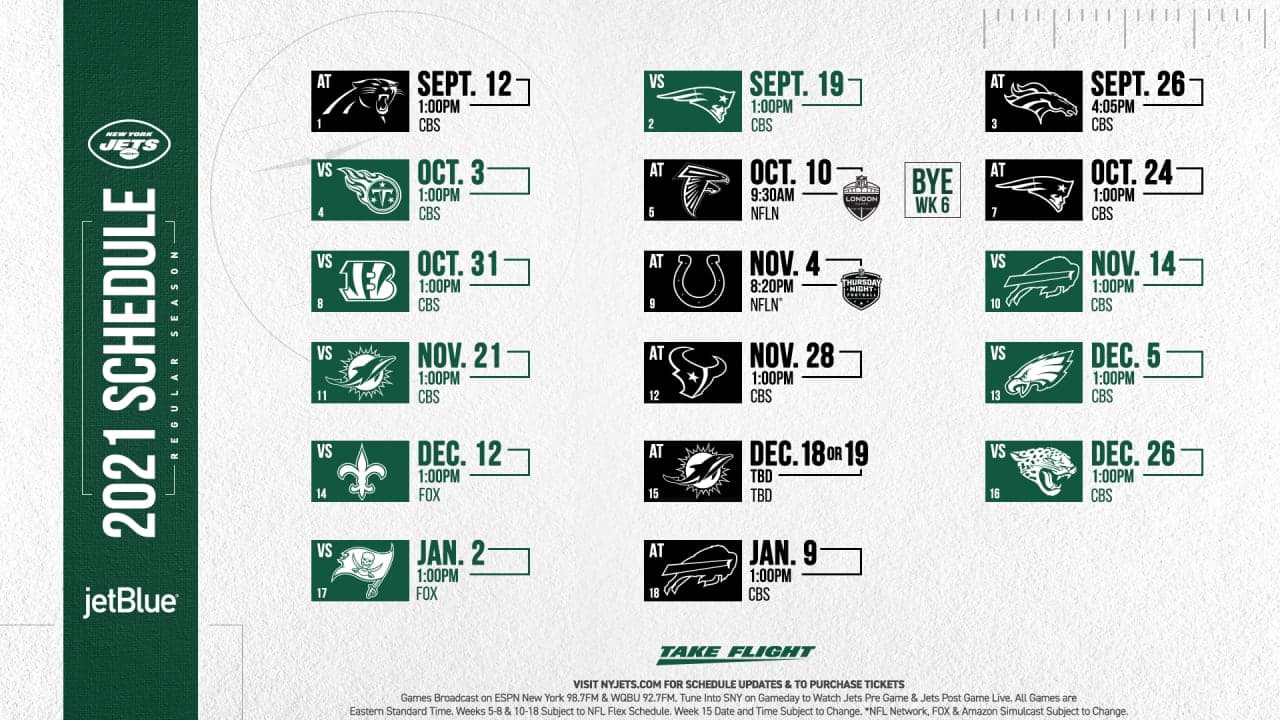 While the New York Jets are incredibly improved heading into this season, the team is young and will be in tough to compete this year, especially in a competitive AFC East with the Super Bowl contending Bills, the emerging Dolphins, and the always competitive New England Patriots who spend wildly in free agency this offseason. I predict the Jets will improve this season and secure a 4 win season with wins over the Colts, Dolphins, Texans, and Jaguars. While playoffs are a massive long shot in 2021, the Jets could improve to a playoff caliber team in 2022 if Zach Wilson reaches his potential and develops into a star QB in New York.

New head coach Robert Saleh takes over a young Jets team with a lot of promise for the future with a new rookie quarterback in Zach Wilson and completely renovated offense. While the Jets will improve on their 2 win season from 2020, they are not close to contending and need to rebuild the defense in the 2022 draft and free agency to take the next step to be a contender in the AFC East. The Jets certainly have improved over the off-season, and there is truly reason for hope for the Jets’ faithful fans.