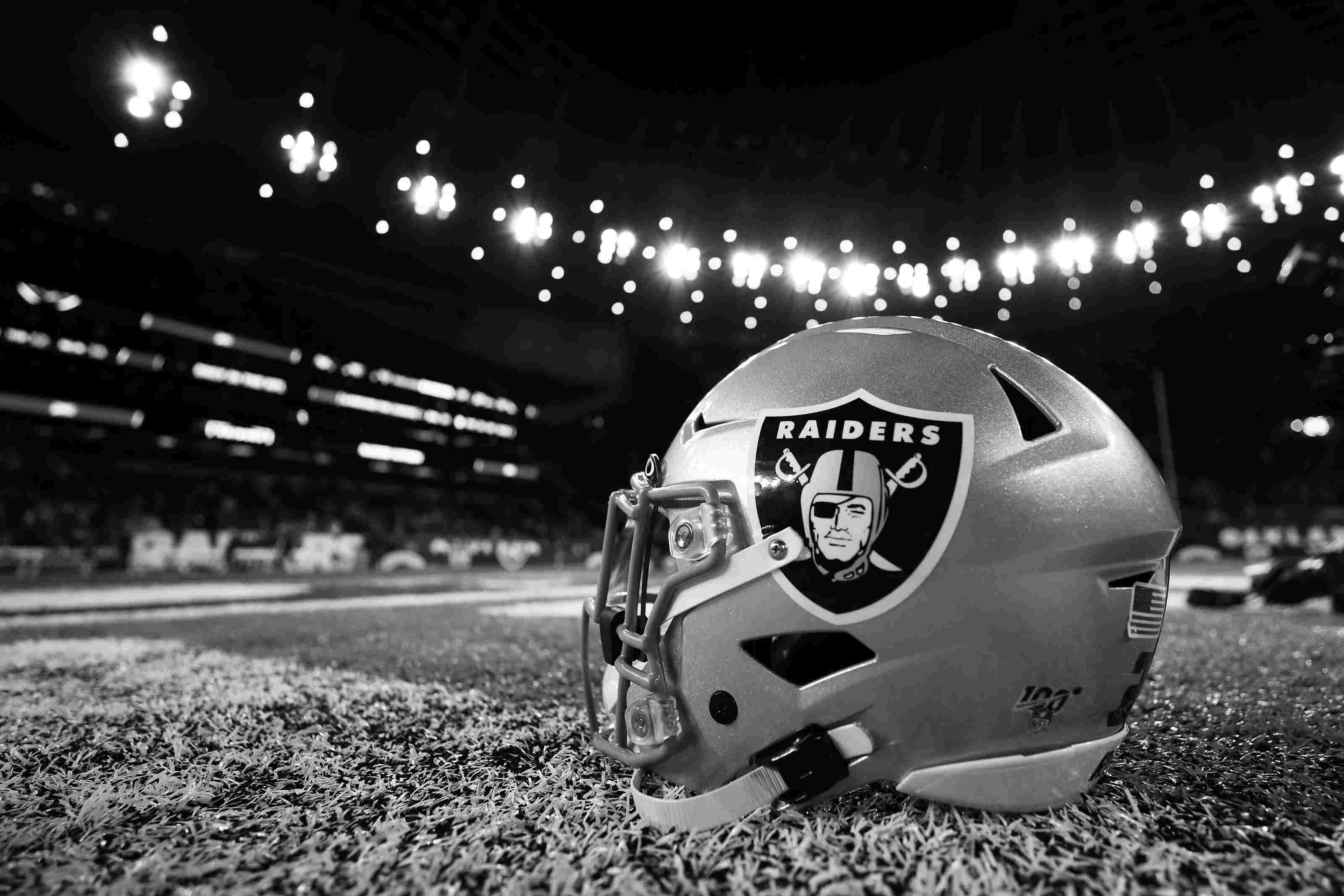 Story of the Offseason: A Quiet Offseason in Vegas

It was a remarkably quiet off-season for the Raiders with no drama and no big trades or free agency signings. 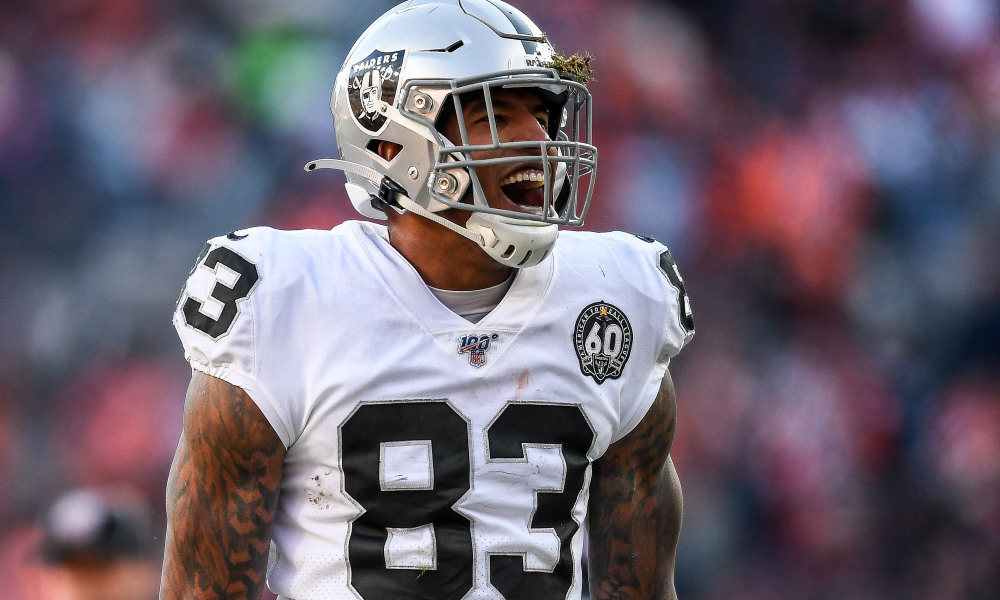 The Raiders offense revolves around the connection between quarterback Derek Carr and superstar tight end Darren Waller. The offense has many talented skill players to compliment Carr/Waller with Josh Jacobs in the backfield and sophomore wide receivers Henry Ruggs and Bryan Edwards. The Raiders added some interesting veteran depth via free agency, but much of the movement was directly replacing players who left in free agency. Lets get into the some of the new Raiders, and key losses for the Raiders offense from this off season.

John Brown arrives in Las Vegas on a 1-year $3.75 million deal. John Brown has created a successful career for himself as an undrafted free agent out of Pittsburg State with career stops in Arizona, Baltimore, and Buffalo. John Brown is a direct replacement for Nelson Agholor should add veteran presence to mentor sophomore wide receiver Henry Ruggs and Bryan Edwards.

Kenyan Drake arrives in Las Vegas via free agency on a two-year $11,000,000 deal. Kenyan Drake was lacklustre as the Arizona Cardinals starting running back in 2021, averaging only 3.9 yards per carry, finishing with 955 yards and 10 touchdowns. Jon Gruden has mentioned multiple times this offseason about how excited he is for Drake to join the Raiders offense in 2021, so a big role for Drake could be in store. Drake will add a dynamic pass-catching presence to compliment Josh Jacobs in the Raiders backfield, which might be closer to a 50-50 split than many Raiders fans think.

Wide receiver Nelson Agholor had the best season of his career in 2020 with 48 receptions for 896 yards and 8 touchdowns with Las Vegas. This career-high stat line paved the way to a new two-year $22,000,000 contract with the New England Patriots. The Raiders looked to replace Nelson Agholor’s production by signing a similar wide receiver in John Brown in free agency in one-in-one-out type of deal.

Devontae Books departs Las Vegas to join the New York Giants backfield via free agency. Booker was competent standing in for Josh Jacobs while Jacobs was hurt for a few games in the second half of the Raiders seasons. Booker’s role of back-up running back was adequately upgraded with the signing of Kenyan Drake out of free agency. 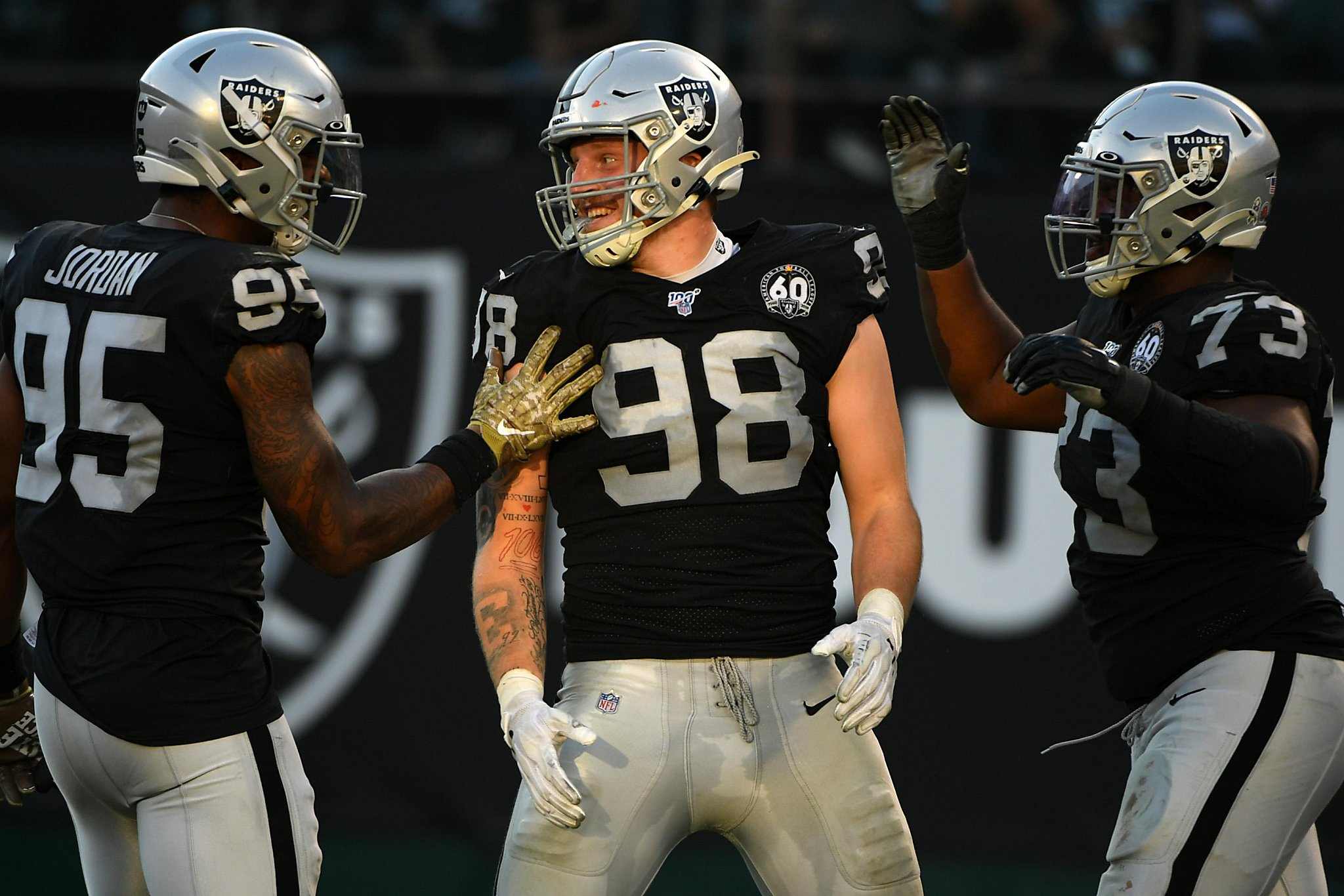 Casey Hayward stays in the AFC West moving from the Chargers to the Raiders for the 2021 season. A two-time second team All-Pro, the 32 year-old Hayward will bring a veteran presence to the Raiders cornerback room.

Free safety LaMarcus Joyner was only major loss for the Raiders defense over the offseason as Joyner joins the Jets on a $3,000,000 deal. Joyner played a mix of cornerback and free safety in Las Vegas, and his role will be replaced by veteran signing Casey Hayward. 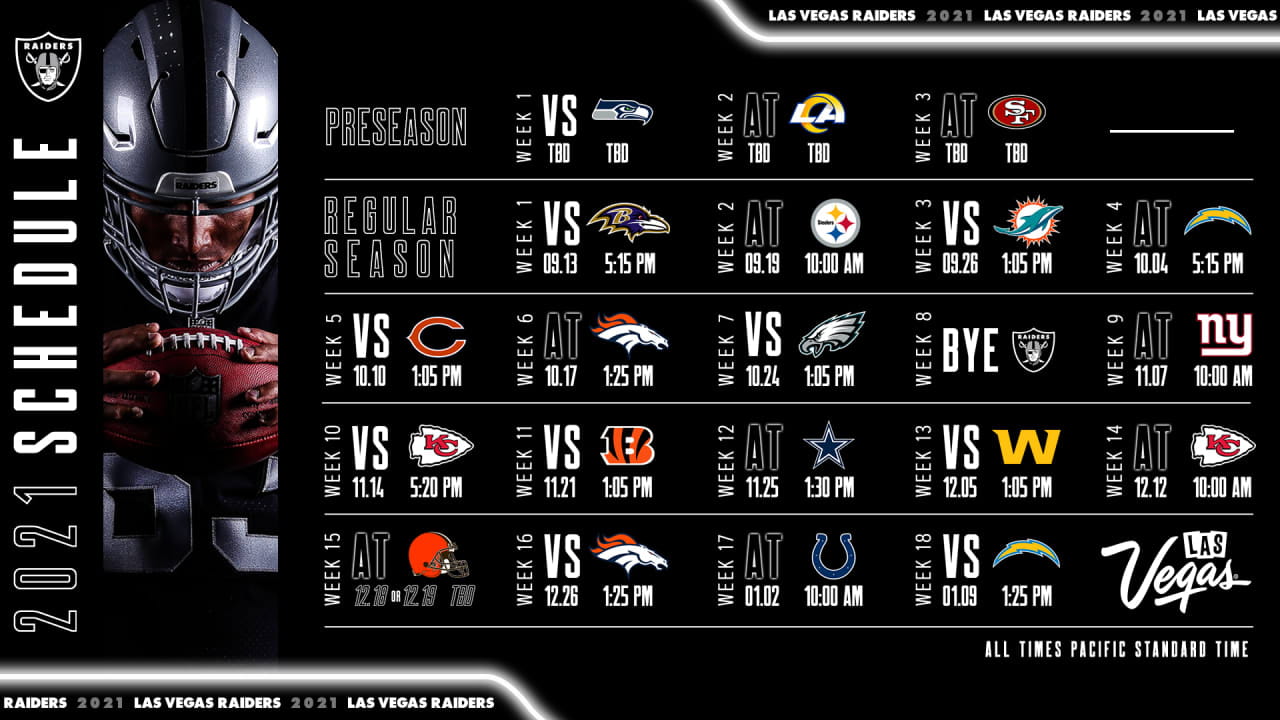 In 2021, I am fading the Raiders as playoff hopefuls in the AFC. The Raiders did not add anything this offseason to improve their team as it was a few one-in-one-out moves with the marquee free agency signing being Yannick Ngakoue and while he’s great I’m not sure he is enough to improve the team to improve on the 8-8 record from last season. Even though the Raiders have relatively easy out of division matchups, I am predicting the Raiders finish 7-10 out side the playoffs, with a notable 0-6 start on the season. The team is very average on both sides of the ball, and there isn’t enough star power or winning culture to overcome the average personnel; plus Jon Gruden is always a wild card at head coach. 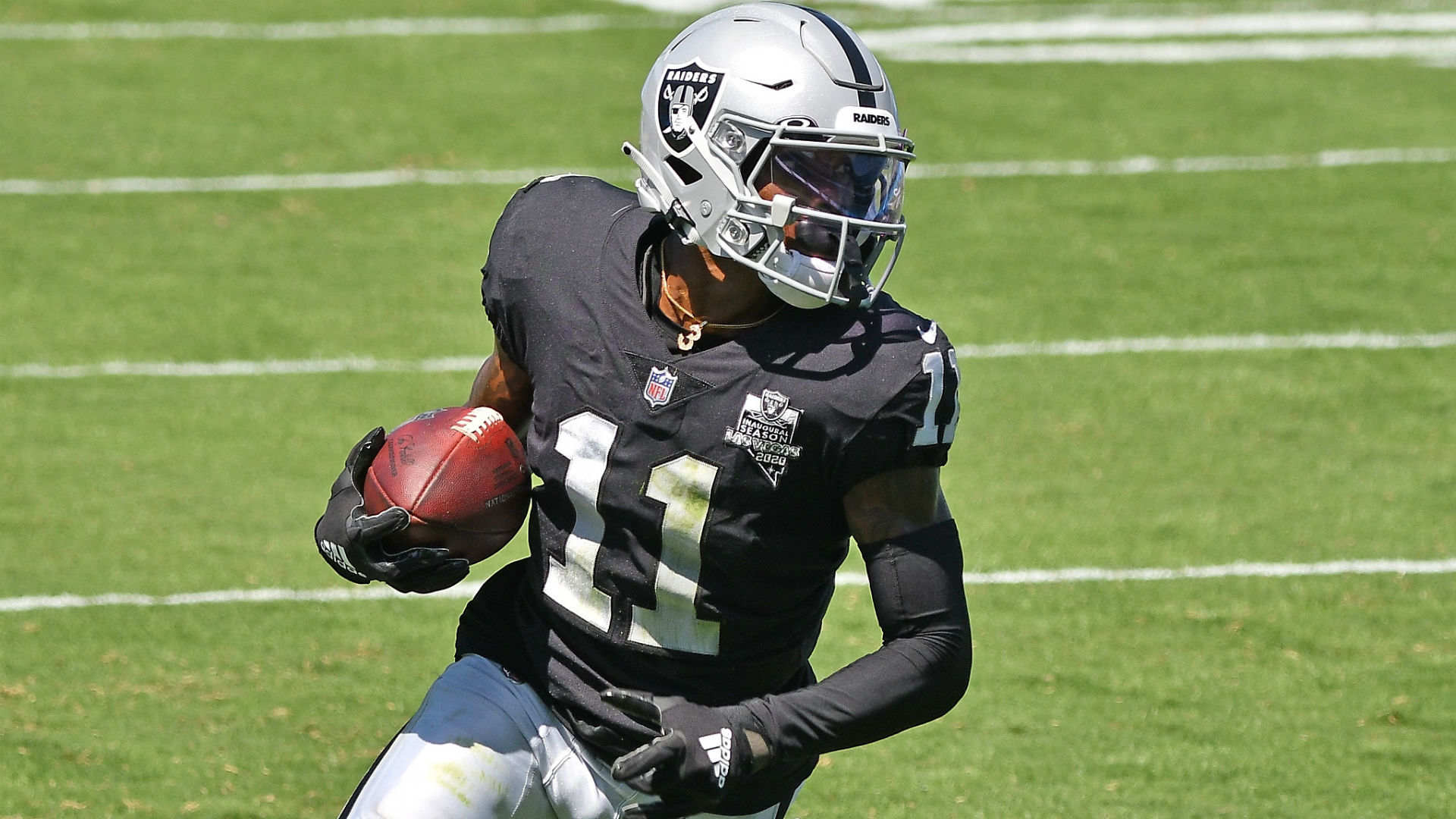 The Raiders have been treading water for years in the AFC West, and a big reason for their consistent mediocrity is their inability to maximize their draft capital. In 2019 the Raiders drafted Clelin Ferrell 4th overall. Bust. In 2020 the Raiders chose wide receiver Henry Ruggs 12th overall while Justin Jefferson, CeeDee Lamb, Jerry Jeudy, and Brandon Aiyuk were still available; the Raiders then proceeded to use Henry Ruggs as a ‘decoy’ all season long… Like what are we doing here Gruden? You don’t draft a WR in the top half of the 1st round to not use him on offense. In 2021 the Raiders used their 1st round pick on offensive tackle Alex Leatherwood out of Alabama who many analysts had as a Day 2 pick; hey, maybe Leatherwood will work out this year, but if the Raiders continue to squander draft picks the team will not improve and the Raiders will not be able to contend with Mahomes and the Chiefs for the AFC West title. It will be another average season for the Las Vegas Raiders in 2021 as the offense does not quite have the firepower to overcome the shortcomings on the Raiders defense.