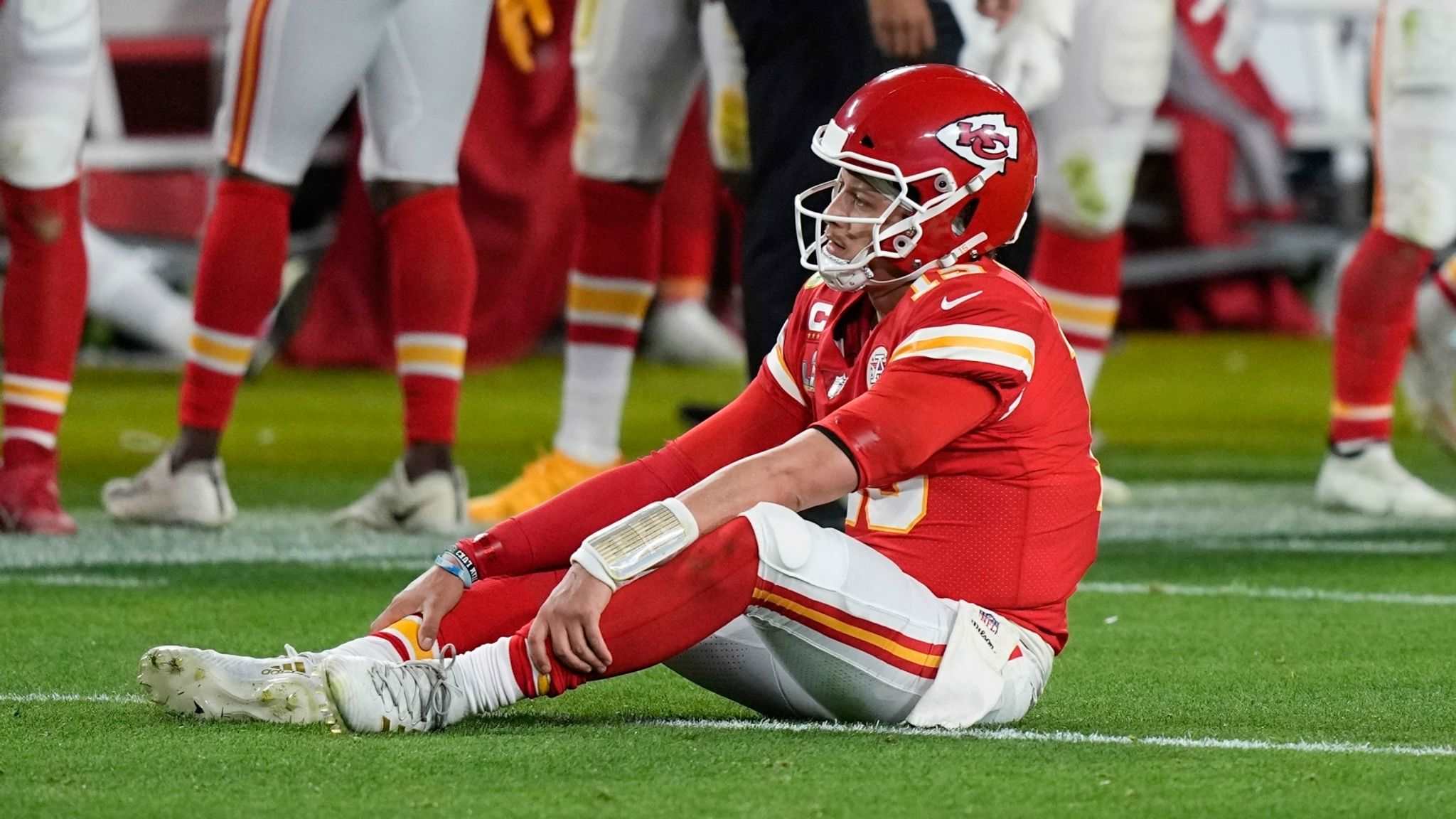 The last memory we have of the Kansas City Chiefs was the beatdown on the offensive line in the Super Bowl. Patrick Mahomes was running for his life doing whatever he could to buy some time to throw. The Chiefs realized that was an immediate need and spent the good majority of the off season fixing it up. What major holes does this team have heading into the season? How will they fare in the AFC West trying for their 6th straight division title? What is the ceiling for a team that has gone to 2 straight super bowls? All of these are good questions to have, and Andy Reid is the right person to have all of these answers.

The winningest team the past 2 NFL seasons, the Chiefs come into the year with the core still intact, one of the best offensive mind combos in the NFL still intact with Eric Bieniemy and Andy Reid and clear upgrades to their unit that struggled most down the stretch. For a team that has become accustomed to winning, what challenges are they going to face this season?  Another season of them being chased at the top of the conference, another year getting every team’s best, another season to prove why they are the top team in the league.

The Chiefs have been able to develop some of the best talent in Football. Patrick Mahomes, Travis Kelce and Tyreek Hill are ranked at least top 3 in the league at their respective positions based on any expert rankings you read. A slimmed down, and dominant Chris Jones should continue to improve and wreak havoc on opposing OL’s and Tyrann Mathieu will continue to lead the DB core. The most exciting team in football should only be more exciting this season. 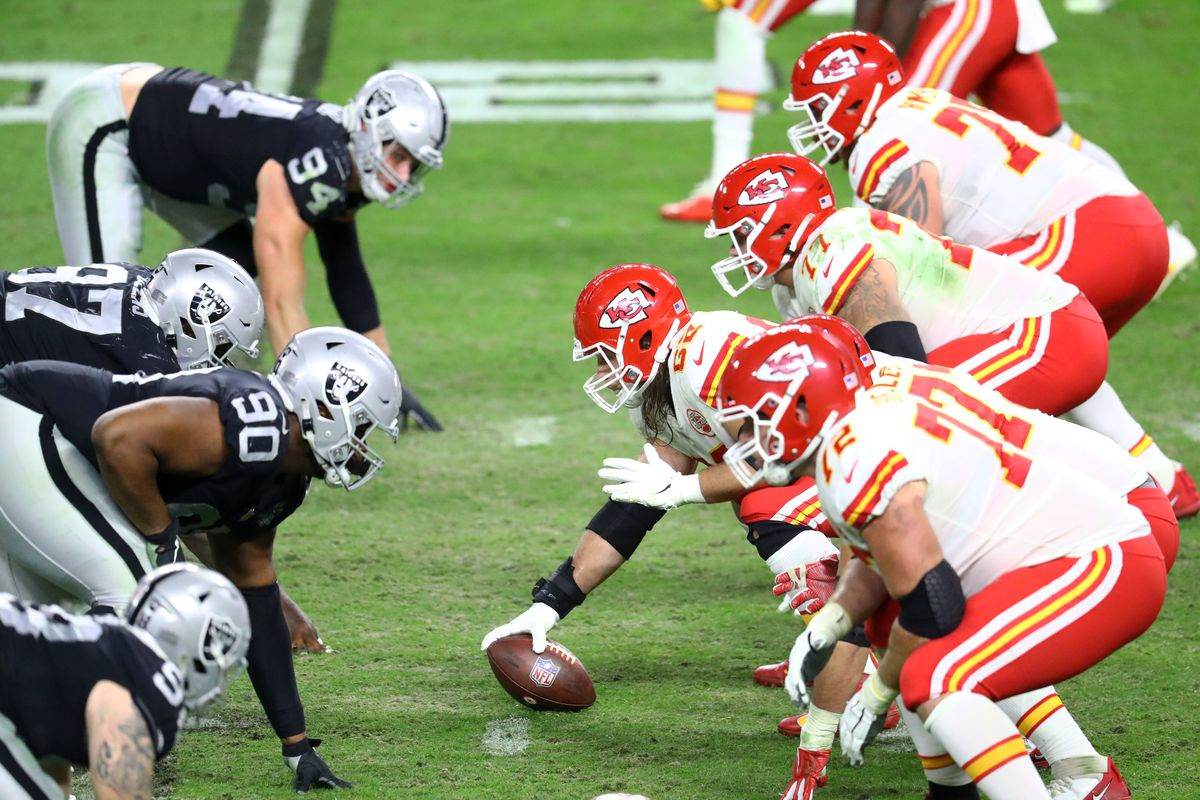 Offensive Line: The 11th ranked Offensive Line by PFF at the end of the 2020 regular season before the injuries and tough finish to the playoffs, the Chiefs retooled their offensive line to fix the protection problems that cost them a second straight Super Bowl Title.

Per PFF, they enter the 2021 with the 7th best offensive line in football thanks to all the pieces they brought in.

From Pro Football Focus’ pre season rankings: “The overhaul started with the releases of long-time tackles Eric Fisher and Mitchell Schwartz, who formed one of the best duos in the league. The Chiefs traded for Ravens starting tackle Orlando Brown Jr., essentially giving up a first-rounder in a big exchange of picks. Brown has been a top tackle since being drafted in the third round in 2018, grading out at 77.8 overall in 2020, good for 26th among tackles. He’s improved every year and done his best work in pass protection, though there’s a big change in scheme coming from Baltimore’s run-heavy attack.

Mike Remmers returns at right tackle, where he posted a solid 71.3 grade during the 2020 regular season, good for 41st among tackles. While that performance is in line with much of Remmers’ career, he also endured two subpar seasons in 2018 and 2019, so he’s a mid-level option at the position.

The other big splash by the Chiefs was signing left guard Joe Thuney to a monster contract in free agency. Thuney has developed into one of the NFL’s best guards, ranking in the top 10 in each of the past three years.

Right guard will be a battle between Laurent Duvernay-Tardif, who opted out in 2020, and the unretired Kyle Long, who we last saw grade at just 38.0 on 250 snaps in 2019. Duvernay-Tardif ranked 50th out of 87 qualifiers in 2019 in PFF grade, while Long was one of the better guards in the league throughout much of his career before injuries hurt his performances in 2018 and 2019.

The Chiefs brought in Austin Blythe to play center after he recorded a 70.3 grade for the Rams last season, 10th-best among centers. He’ll battle second-round pick Creed Humphrey, a three-year starter at Oklahoma who finished with the eighth-best grade in the nation last year.

Kansas City has also built up impressive depth, drafting guard Trey Smith in the sixth round this year and tackle Lucas Niang in the third round in 2020. Niang could be in the mix at right tackle.

After completely re-shaping their offensive line, the Chiefs now field one of the best combinations of high-upside starters and depth in the NFL.” 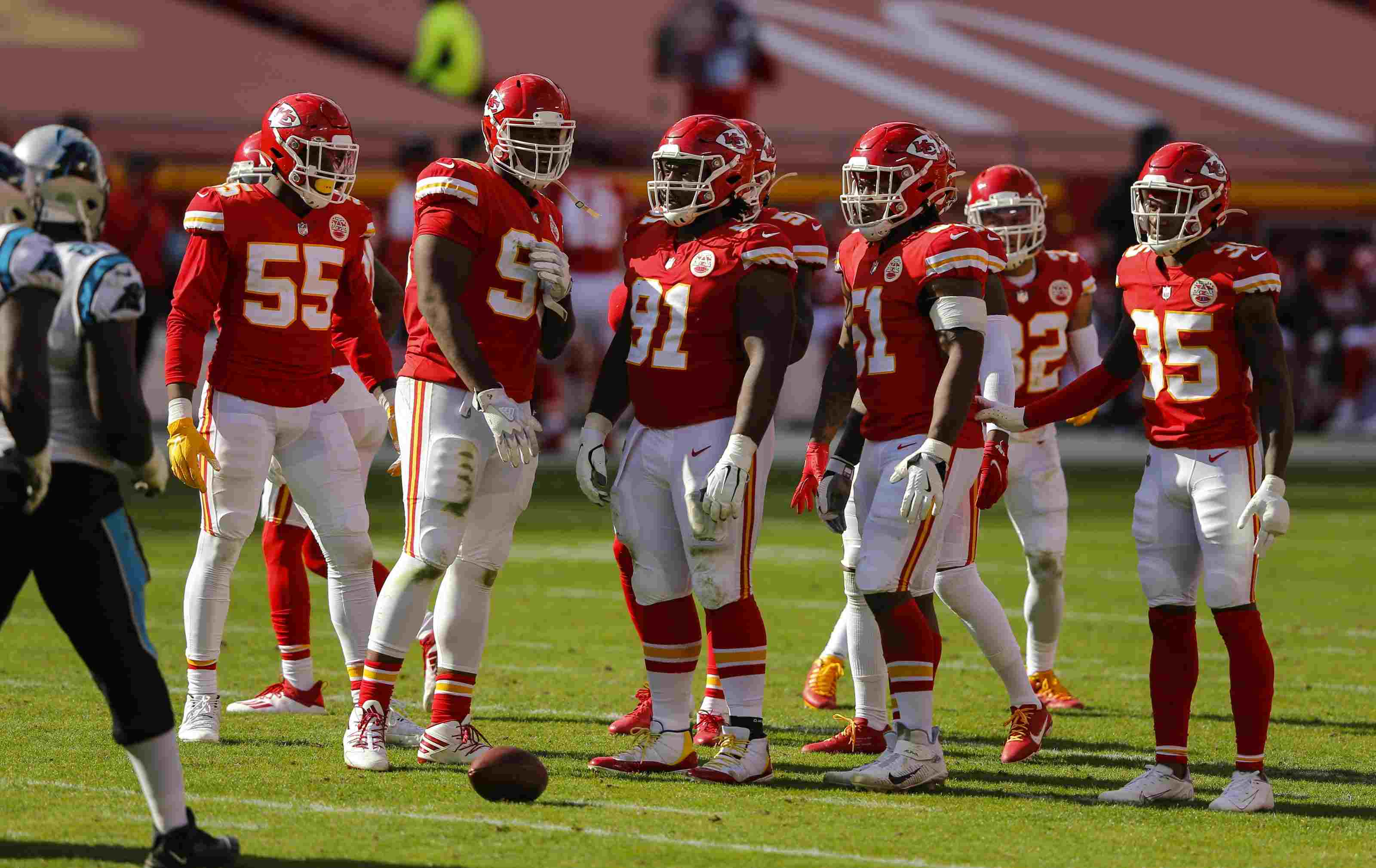 On defense, the Chiefs didn’t have to fill major gaps as they lost Tanoh Kpassagnon, Damien Wilson, and Bashaud Breeland. On the other hand, the Chiefs added Jarran Reed and re-signed Daniel Sorensen to help even things out.

Steve Spagnuolo has done a good job with this defense turning them into a mid ranked unit, and their D should keep them afloat for another season. Don’t expect anything special, but they should finish in the top half of the league in total defense. 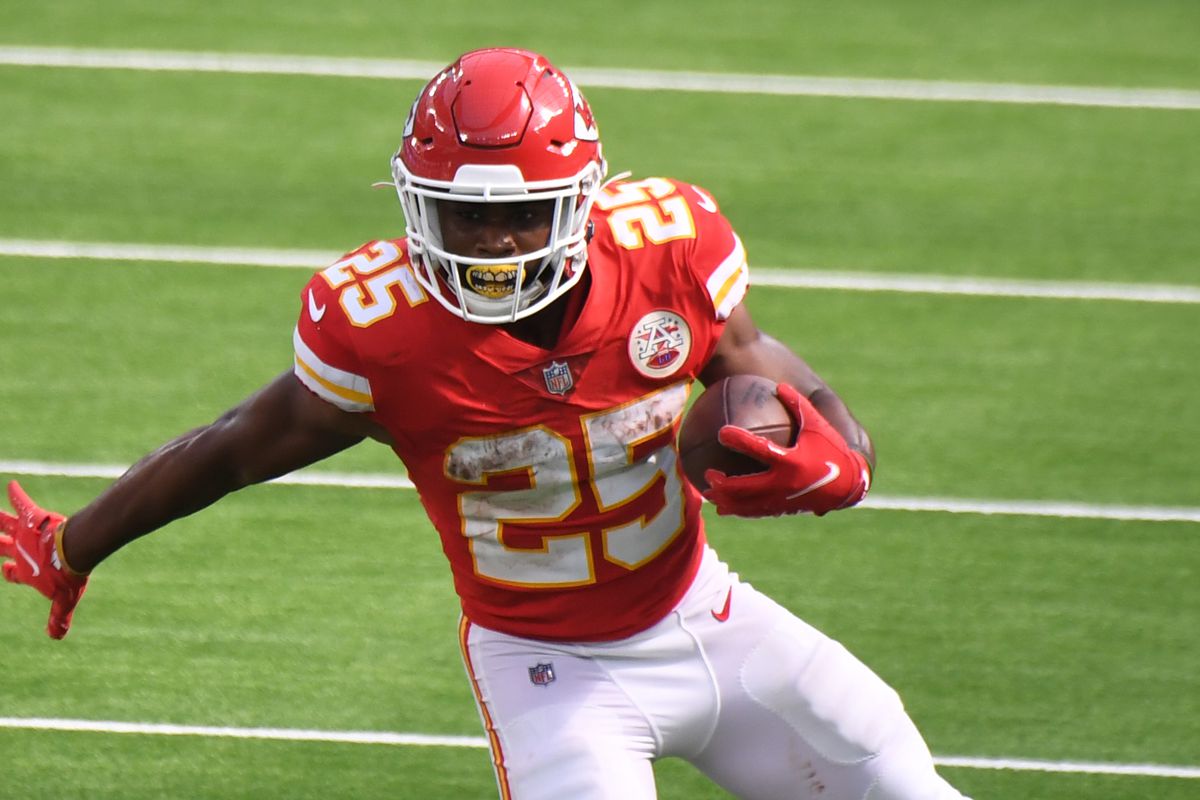 My breakout player for the Chiefs this season is Clyde Edwards-Helaire. The 1st rounder in 2020 had super high expectations entering the season and disappointed most in the Fantasy Football community but to the normal viewer, finishing the year with 217 touches for 1100 all purpose yards and 5 TDs, are very respectable numbers for a rookie.

From Jared Hall’s article on a potential Edwards-Helaire breakout: “a major issue for CEH was his goal line efficiency and lack of total goal line carries in 2020. He had just 9 carries inside the 5 yard line, with only one of them going for a touchdown. However, if you paid attention to what happened on each individual play, Clyde was given no shot on nearly all of those attempts, getting blown up by multiple defenders in the backfield consistently. This revamped offensive line should give a massive boost to his efficiency, and the departure of Le’Veon Bell should give up a lot more opportunities. Darrell Williams and Darwin Thompson combined for just 1 carry inside the 5 last year, showing Reid still has a lot more confidence in Edwards-Helaire than his counterparts.”

Should he get more goal line touches, and continued improvement in his pass catching ability, expect a big breakout campaign from Edwards-Helaire. 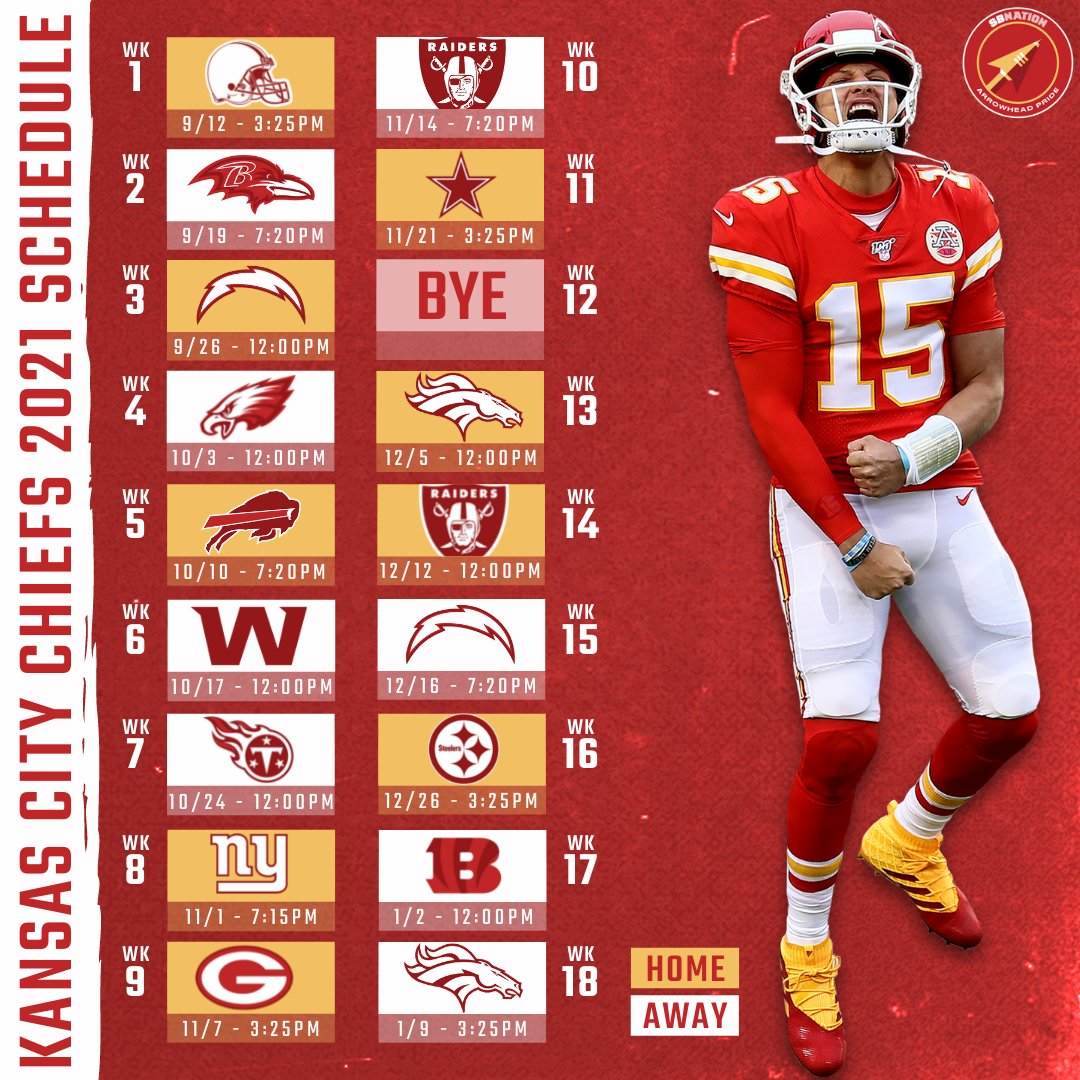 With a 19% chance to win the Super Bowl, the Chiefs are a bit above average for the league’s favorite heading into the season. FPI has created preseason projections every year since 2015, and the 2021 Chiefs rank third out of the seven favorites, behind the 2017 Patriots (32%) and 2020 Chiefs (22%). Both of those teams went on to lose in the Super Bowl.

Expect Andy Reid to take the Chiefs back to the Super Bowl, and if healthy they should be the team to beat in 2021.