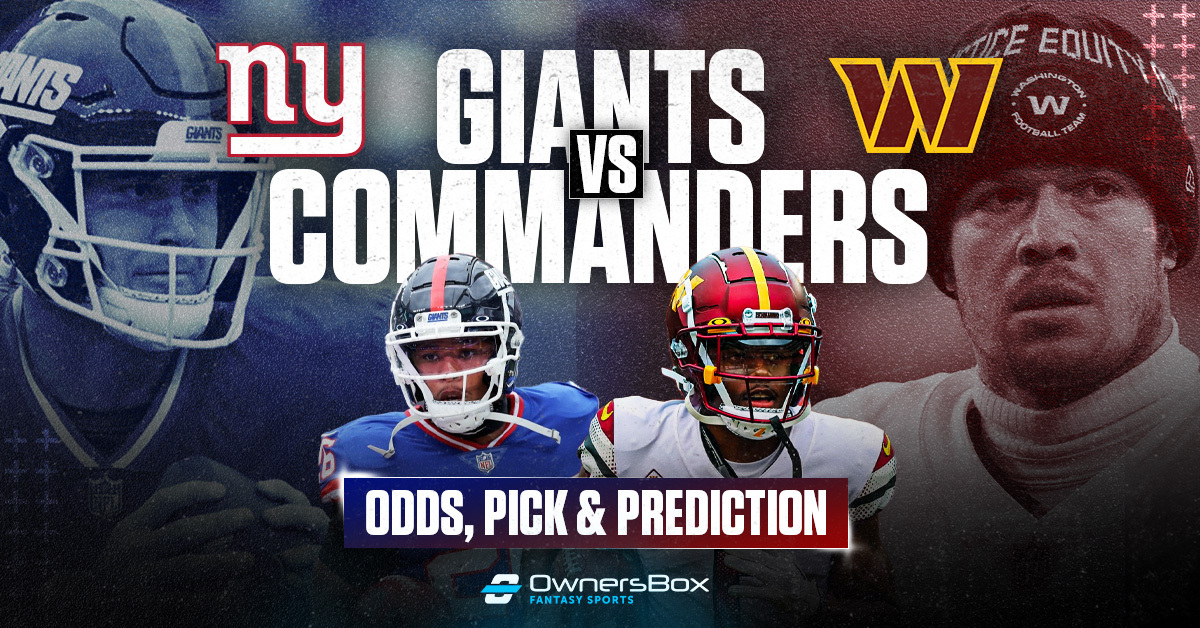 Let’s take a look at the Giants vs Commanders odds at Caesars Sportsbook Maryland.

Maryland sports betting sites make the Commanders home favorites in this one, which isn’t surprising as they were road favorites just two weeks ago. The Giants though, have been one of the most profitable against the spread teams in the NFL. They sport a 9-4 record, including covering in the previous matchup against Washington in week 13.

The state of Maryland launched sports betting just a few weeks ago, prior to Thanksgiving. Download the Caesars Sportsbook Maryland app to claim thousands of dollars in new user bonuses!

The Giants began the season with high expectations, starting the season with 7 wins and 2 losses. Since then, they have gone winless. Entering week 15 with a 7-5-1 record, their one tie coming at the hands of the Washington Commanders, just two weeks ago.

The once strong defense that we saw in the early weeks of the season, has allowed on average of over 20 points per game over their last four games. Regardless, the Giants have one of the best teams versus the betting spread in the NFL.

As we saw in the first matchup, the defenses reigned supreme, and the game ended in a tie after the overtime period. I expect a similar style of game in this one as well.

The under is 15-5-2 in Giants last 22 games following a loss and in their last 5 meetings the underdog is 4-1 against the betting spread.

The Washington Commanders have shown new signs of life ever since Taylor Heinicke has taken over at quarterback. Their offense hasn’t looked the best, but their defense has been doing enough to hold onto the win. Allowing only 17.28 points per game over their last 7 games.

Heinicke has led the Commanders to a 5-1-1 record since taking over for Carson Wentz and currently hold the 6 seed in the NFC playoff picture.

As of now, all four teams in the NFC East are in the playoffs. Most of these divisional matchups tend to be defensive battles, with the exception of the Eagles vs Giants game.

With the Commanders strengths coming on their defensive side of the ball, I expect them to shut down this Giants offense down. The Giants have been struggling greatly on offense as of late, with their rushing game falling behind of what we saw earlier in the season.

As mentioned throughout this write-up, I expect this game to be a defensive battle with both offenses struggling to put up points over the past few weeks. This game means quite a bit to both of these teams playoff aspirations, as they both have the same record at 7-5-1. The tie breaker being given to the Commanders because of their divisional record. Whichever defense can cause mistakes and hold the opposition from scoring, will win this game. Give me an ugly divisional game with minimal points. Maybe another overtime tie?