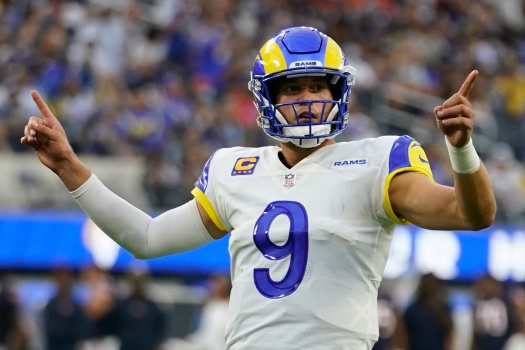 After a disappointing Week 1 of the NFL season, words can’t express how satisfying it was to have a small bounce back week with a positive Week 2. By no means was it a week that I’ll be telling my grandkids about but there’s not a gambler on the planet that won’t be happy with a week in the green, especially after realizing on Sunday that I bet on strictly road teams.

The week started off poorly with another Thursday Night Football loss as the Washington Football Team won the game, but failed to cover the spread. I think I speak for many out there that few things are as painful as watching a team you bet on win the game but fail to cover. If you’re going to cost me money, then you don’t deserve to win.

My next 3 bets all ended up being losers as well with the Bengals ML failing, the Rams winning but not covering, and the Saints doing the exact opposite as they did in Week 1 by getting blown out by the Panthers. That’ll teach me to bet on a team with almost all of their coaches out due to COVID.

Thankfully for me and all those who tailed, I rattled off 5 straight wins after that with the 49ers, Broncos, Pats/Jets under (always take the under with 2 rookie QBs), Cowboys, and lastly my biggest bet of the day with a Pats/Broncos PK teaser to finish 5-4 and up 1.56 units on the week.

After another roller coaster week, here’s how we’re looking after 2 weeks:

Since I’m still in the red on the season, I’m as motivated as ever to have another positive week, get into the green, and never look back. Here are my bets for Week 3 of the NFL Season:

I’m 0-2 on my Thursday Night Football picks so far and both times I’ve taken the favorite who has won the game but failed to cover the spread. Part of me thought about doing that again this week by taking the Panthers -8 but I’m just not that confident that they win by 2 scores. I think the Texans are a better team than they’ve been given credit for with a roster full of veterans so that’s why I’m only confident in Sam Darnold and the Panthers covering 2 points on the road. Add that to a low 37 point total and we got ourselves a great teaser on Thursday night to start off the week.

This bet has so much more to do with my respect for the Chiefs than my hatred for the Chargers. The Chiefs are coming off a relatively shocking loss against the Ravens last Sunday night and I think this will be a big bounce back game for them. 6.5 is a lot of points against a good Chargers team but I’m a firm believer that Kansas City is the best team in the AFC and I think they win this game 35-24 with a late TD putting the game away and covering the spread. I’m well aware that the Chiefs have struggled to cover the spread over the past couple of years including being only 1-9 against the spread in their last 10 regular season games but I think this is a game where they turn that around. Take the Chiefs to cover.

No one can deny that Big Ben has looked awful to start the year but my rationale for taking the Steelers has nothing to do with him and everything to do with their defense. I’m a big fan of Joe Burrow and the Bengals’ skill position players on offense but I have no faith in their offensive line protecting Burrow against the Steelers pass rush. Even if TJ Watt is unable to play, I still love the rest of the Steelers front 7 dominating this game with their offense doing just enough to get the win and cover this spread. I also love Pittsburgh’s home field advantage in this game against a division rival. Go Steelers.

I have to be honest with this one… This pick was made due to me being a fan of the Rams. ESPN’s power rankings have these two teams ranked 1 and 2 respectively and for good reason. It’s obviously a long season but it’s hard to argue that this isn’t a preview of the NFC Championship game and it’s without a doubt the game of the week. This game truly could go either way and might be one of those games where whoever has the ball last wins. Having said that, I’m taking my Rams to pull this one out but wouldn’t fault anyone who takes the Bucs. I will be glued to my couch for this one.

It didn’t matter who they were playing in Week 3, I was always planning to take the over in the Packers game after what I’ve seen this year. Their defense has looked like one of the worst in the league and I don’t see a game against a Kyle Shanahan led offense being the one that turns it around. On the other side, Aaron Rodgers silenced a lot of haters on Monday night by showing why he won the 2020 MVP award by torching the Lions defense in the 2nd half. I think both teams score over 30 and the over hits easy. GO POINTS!!

I already feel like a sucker with this bet. I was checking the lines and audibly gasped when I saw this one. I would’ve expected the Seahawks to be more around 5.5 point favorites but apparently Vegas knows something I don’t. Every gambler knows that the house always wins and this game smells like a game where 90% of the public will be on the Seahawks only to see the Vikings pull it off. Regardless of all that, I’m betting this with the mindset of “don’t overthink it” and trusting my gut that the Seahawks are a much better team who will cover this spread.

Last, and most definitely not least, I’m going with another teaser for 2 units on Sunday with the Cardinals and Ravens taking care of business against 2 teams who may be picking 1 and 2 in next year’s NFL draft. It’s hard to argue that the Jaguars and Lions aren’t the worst teams in the NFL and they’re going up against a Cardinals team that looks to have taken a big step this year into being contenders and a Ravens team who just pulled off a win against my pick to win the AFC. This is another one where you can’t overthink it and just need to bet on 2 teams to cover a small spread against teams significantly worse than them. Let’s keep my teaser record undefeated with another win on my biggest play of the week.