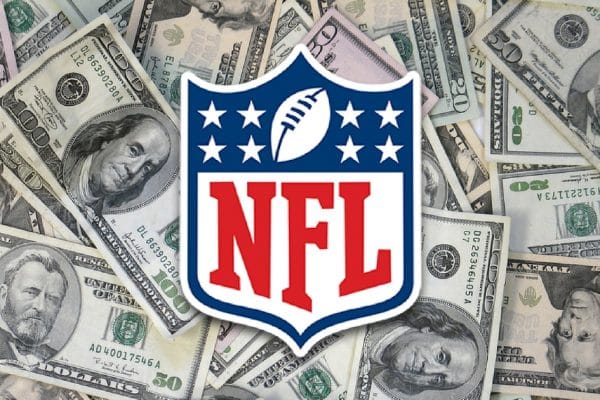 Ladies and gentlemen, it’s that time of year again. After roughly 7 long months of 2nd tier sports, the NFL is BACK!!

For some of us, the excitement of the NFL being back isn’t only about having hope that this may be our favorite team’s year to take home the Lombardi Trophy. It also means that the peak of sports gambling is back and we can look forward to spending every Sunday on the couch, supporting random teams like they are our own just because we placed some (responsible) money on that team.

And for those like me, who had their team bolt (get it?) away up the I-5 due to that greedy, no good, piece of shit, waste of space, clown Dean Spanos, gambling is the only way to still watch the NFL with any real rooting interest.

Since gambling has become my main reason to watch the NFL, I’ve decided that every week of the 2021 season, I will be blogging all of my picks and will be tracking them weekly. I must give a warning however, that very few of my picks will come from any analytical research. Anyone who gambles knows that immense amounts of research does not always equate to success and sometimes just trusting your gut will lead to better results. That’s what I like to tell myself anyways. Some of my picks will be based on bias (I will never bet on the Chargers), some will be based on my actual NFL knowledge (I swear I follow enough to know at least a little), and the majority will be based on some random little reason that persuades me to think one way.

With all of that being said, here are my bets for Week 1 of the 2021 NFL Season:

Now I know I literally just mentioned that I will be making some bets based on bias and that I will never bet on the team that betrayed me, but this bet is much more about what I think about The Football Team than the team no one in LA has ever heard about. Two months ago I placed a future on The Football Team to win the NFC East for a 2nd straight year and I am confident that they will only be better this year with Ryan Fitzgerald at QB. In my opinion they have the best D-Line in the NFL led by 2020 Defensive Rookie of the Year Chase Young and I believe that that unit will dominate the Chargers O-Line despite the improvements they made in the offseason, including one of the best picks in the NFL Draft, Rashawn Slater (See! I’m not always biased). I’d be shocked if this game is decided by more than a touchdown as the Chargers are a legit ball club (Again, not biased) but I believe that the strength of The Football Team’s defense plus the experience of Ryan Fitzpatrick will do enough to start the season 1-0.

The offseason felt much more like a soap opera than a traditional NFL offseason in Green Bay. There was even a point where many of us believed that the 2020 MVP was going to retire from playing to be the host of Jeopardy. Luckily for Packer fans, Aaron Rodgers is back under center in what might be his last dance in Green Bay. On the other side, the New Orleans Saints enter their first year in the post Drew Brees era and will look to Jameis Winston to lead them to the playoffs for the 5th straight year. This game was originally going to be played in New Orleans but, due to Hurricane Ida, it has been moved to Jacksonville which will play a factor. My rationale here is simple. The Packers return the majority of their team that was a play or two away from going to the Super Bowl and the question marks of Michael Thomas’ health and Jameis Winston’s first start since 2019 is enough for me to take Aaron Rodgers and the Packers in this one.

Now I know what all of you are thinking… “But Gange, all the Ravens players are injured!!” And yes I’m well aware of that and while I think the injuries to Dobbins, Edwards, and Peters will certainly cause the Ravens to have a year worse than what they hoped, I don’t think it’s enough for the Raiders to cover the spread in this game. Despite the injuries, the Ravens are still one of the better teams in the AFC and arguably the best coached team with John Harbaugh back at the helm. The Raiders on the other hand have more question marks than fingers on a man’s body when it comes to their team. I don’t trust Derek Carr. I don’t trust Jon Gruden. I don’t trust their joke of an offensive line. I don’t trust anything about this team. This bet is much more about my lack of trust towards Vegas than my confidence in the Ravens and that’s why I will be throwing a unit on Baltimore.

As I said above, some of my bets will be chosen strictly off of my gut feeling. This is one of those bets. The Vikings are coming off of a disappointing 2020 season but Mike Zimmer is a good football coach who I believe will turn it around this year and get the Vikings back into the playoffs when all’s said and done. The Bengals are one of the more interesting teams this year with Joe Burrow coming back off of a gruesome knee injury last year and his favorite target from his LSU days, Ja’Marr Chase, joining the squad. However, they have one of the worst offensive lines in the league and there should be genuine worry about whether they can protect Joe Burrow. I also have a take that Kirk Cousins is one of the most underrated QBs in the league and with the weapons he has with him on that offense, I could see the Vikings winning by at least 2 scores on Sunday. SKOL!

Yes, you read that right. I have 2 units on the Broncos which means I am double as confident that they cover the spread as I am for my other picks. I have 2 reasons for that confidence: the Broncos are going to be good and the Giants are going to be bad. It felt like every day there was a new negative report coming out of New York’s training camp and there is no way anyone can have any confidence in Daniel Jones after what he’s shown in his career so far. I do think Saquon Barkley will have a great year but he can’t be trusted coming off his ACL tear until we see it. The Broncos on the other hand are a team I have a ton of confidence in this year and could even sneak into the playoffs if everything goes their way. New starting QB Teddy Bridgewater is 35-13-1 against the spread as an NFL starting QB and I think he will be a huge upgrade to Drew Lock. Wide Receiver Courtland Sutton is my pick for comeback player of the year and Jerry Jeudy is primed to live up to the hype when he was drafted 15th overall in the 2020 NFL Draft. If you’re taking any one of my bets this week, take this one.

I have to give a shoutout to my guy Sandy Plashkes for introducing me to teasers last year and I’m starting off the year with my biggest bet being a teaser. For those who don’t know, a teaser means that you parlay 2 (or more) bets but the main difference being that you get SIX (6) points in either direction of the original spread for both bets with the caveat being it pays out like a traditional single bet. Last year I got in the habit of looking at every line and simply finding the 2 games that seemed like virtual locks in a teaser. I didn’t keep track last year but if my memory serves me right, this was a very profitable strategy for me in 2020.

To kick things off this year, I’m focused solely on the NFC West with my Week 1 teaser being the Rams and 49ers. Let’s start with the Rams. They are my pick to represent the NFC in the Super Bowl with newly acquired QB Matthew Stafford (also my 2021 MVP pick). Last year they had the best defense in the NFL and despite losing Defensive Coordinator Brandon Staley to the Chargers, I think they will remain as one of the top units in the league this year. I simply can’t see Andy Dalton coming into the debut of fans at SoFi Stadium and doing anything against the defense and while I respect the Bears’ defense, I think Sean McVay will bring this offense back to the top with the massive upgrade at QB.

On the other side of this I have Sean McVay’s best friend Kyle Shanahan and the 49ers looking to bounce back from an injury plagued 2020 season against a rebuilding Detroit Lions team led by new head coach, Dan Campbell. I am a huge fan of Dan Campbell but it’s going to take some time for the man to turn things around. Casual NFL fans wouldn’t recognize a single one of the Lions’ Wide Receivers and they aren’t much better at any other position. Shanahan’s Niners have Super Bowl aspirations this year and I am confident that they will get things going with a win in the Motor City on Sunday.

P.S. Chris Godwin is dead to me after fumbling away what should’ve been a winning start to my season last night. Oh well. Can’t win ’em all.