Week 7 of the NFL is here and honestly, it’s moving too fast.  I have been 2-1 for the past 3 weeks and I think this is my time to shine.

The slate this week sucked. So many teams are on a bye this week, including the Cowboys which have been my lock for total overs. So I had to improvise. I didn’t feel too good about these bets at first but I eventually convinced myself that (1) sharp can win and (2) low totals are a given.

My current record is 9-9. And I’m either seeing the 500s after Sunday or throwing myself a pity party. Either way, at least I get a party. The Cards have got my money this week. At first glance, this looks like a lot of points, and traditionally in the NFL, it is. But let’s not forget what two teams are playing here. It’s the 7-0, undefeated this season Cardinals, and the 1-5 Texans. The Texans also aren’t just in 5, since Davis Mills has been quarterback they have a total of  25 points in their last 3 games. Compared to the Cardinals who had a total of 91 points in their last 3 games.  17.5 is a lot of points to bet here but we are looking at arguably the best team in the NFL right now playing the worst team.

We saw it against the Bills, everyone said there’s no way the Texans don’t cover an 18 point spread, and will they didn’t. The score was 0-30. I’m kind of expecting the same scenario here.

The Eagles, the underdogs, in Las Vegas. The Eagles are itching for a win after their loss against the Buccs. They are coming off of a Thursday Night Football game from week 6 and should be well rested to play. These two teams are pretty evenly matched and the Eagles have had a tough schedule with explosive offenses. The Raiders are a team that plays with emotions. We saw it last week against the Broncos. They are angry and frustrated after their head coach was fired. The Eagles need to come in focused and calm. With Dallas Goedert back, the Eagles will be amped up to win 27-24.

Both of these teams play at a similar level. They both have a terrible defense with turnover city offenses. I just see this game going back and forth with TDs. It’ll be a hard game to watch but it’ll be an interesting one. Sam Darnold is back in the old stomping grounds, New York City. It’s the classic Sam Darnold seeing ghosts in New York. The Giants win this game 27-21 and with that the over wins. 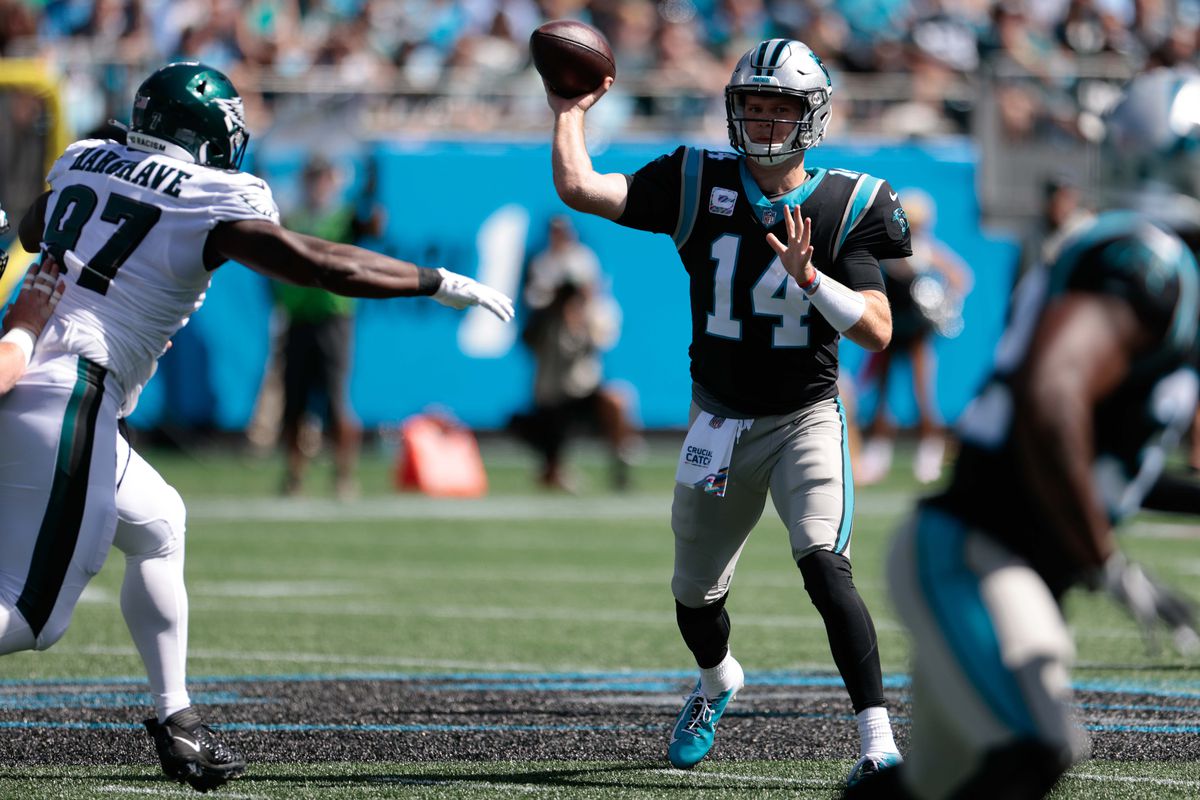