Week 3 of the college football season is here. It won’t be long until conference play kicks into full force. Don’t let this season get away from you, enjoy every minute of it. As usual, I’m going to plan out our Saturday with a key game you should be watching from noon kickoff until early Sunday morning. Let’s get into the week 3 CFB slate. 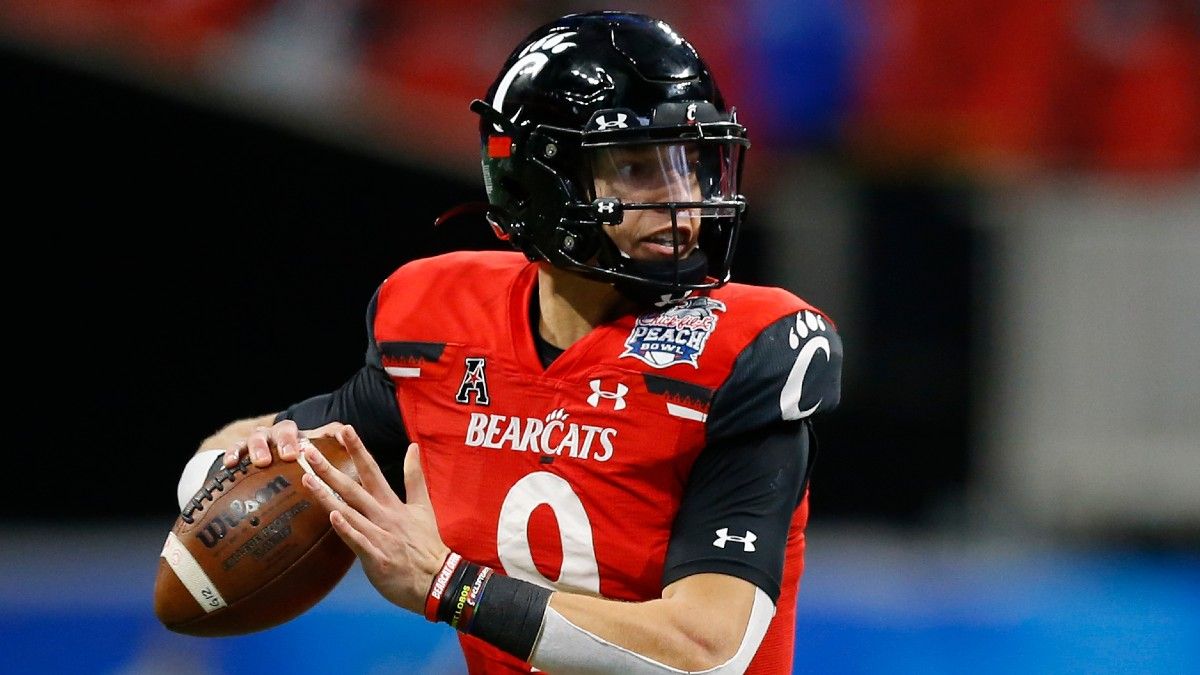 I think Luke Fickell and the Bearcats were hoping to be playing a ranked and undefeated Indiana in week 3 of the college football season. Instead Indiana was trounced by Iowa in week 1 and don’t find themselves in the top-25. Regardless, these are a massive next two weeks for Cincinnati as they play this week at Memorial Stadium and next week at Notre Dame. If they want to be College Football Playoff contenders they need to make a statement here.

Indiana head coach Tom Allen should have his team plenty motivated for this one. He’ll be talking to his team about defending their home turf and the opportunity to beat a top-10 opponent. Indiana benefited from plenty of turnover luck in 2020 and it flipped on it’s head in week 1 when Iowa had 2 pick sixes. Mike Penix is a limited passer with questionable decision making. It’s difficult to go away from the pass when your best playmaker is a wide receiver in Ty Fryfogle. But I’d expect Indiana to ride running back Stephen Carr in this one and keep things on the ground. Trusting Penix to beat this high motor Bearcats secondary is a lot to ask, if the Hoosiers want to win the turnover battle they should run the football.

It’s tough to win the turnover battle when senior quarterback Desmond Ridder is on the other side. The Bearcats QB owns a 63/21 touchdown to interception ratio. But he can also do damage on the ground as he added 600 rushing yards in just 10 games last season. Jerome Ford has done a fine job replacing Gerrid Doaks but a consistent receiving option for Ridder is what’s needed in 2021. Last season no Bearcats pass catcher exceeded 350 yards receiving. Sophomore Tyler Scott has emerged onto the scene with 155 yards and 2 scores in 2 games so far. Scott and Ridder’s connection will be important in picking up a win this weekend.

The Crimson Tide are 14.5 point favourites on the road in Gainesville. This team looks completely untouchable so far this season. But can Bryce Young handle his first true road game in the Swamp? Nick Saban should have his group ready to go as the Gators look like they may be the top challenger in the SEC. 5-star running back Trey Sanders needs to emerge in the running game to take this Alabama offense to another level. Senior Brian Robinson really lacks the explosiveness to dominate at the level Najee Harris and Damien Harris did before him.

This defense could really take the life out of the crowd early in this game. Miami wasn’t able to muster up any sort of drive until things got out of hand in the season opener. The Gators are dealing with a quarterback battle that hasn’t been settled going into this matchup. It’s going to be tough for either of Emory Jones or Anthony Richardson to get a rhythm against a tough Alabama secondary.

There are reasons to run with either in this game. Jones has been playing under Mullen for a few seasons now and is familiar with the playbook. Both players bring a unique element to the offense with their dual threat ability. The freshman Richardson is a FREAK athlete, the dude is 6’4 with blazing speed. We are talking Cam Newton esque. But raw skills aren’t everything when you’re playing Alabama.

With this game being so early in the season I can see this staying tight. The Gators have really picked up on their recruiting the last few years and can compete in the trenches with the Crimson Tide. But Florida will try to really ride their run game with the dual threat QBs and that is a near impossible battle when going up against some of the top linebackers in the country. Especially Will Anderson, who is bound to be playing on Sundays.

There is nothing quite like a white out in Happy Valley. It is at the top of not just my college football bucket list but my life bucket list. This matchup is very intriguing as well. Auburn is under a new coaching regime with Bryan Harsin stepping in. While many believe James Franklin is a top candidate for the newly vacant USC position.

I haven’t been overly impressed with Penn State so far this season. Sean Clifford as a passer just isn’t where he needs to be. Last week against Ball State he threw for just 230 yards in the air. He can’t rely on Jahan Dotson torching coverage and making things easy on him. The defense has been stout though and has an opportunity to win the turnover battle again against Bo Nix and the Tigers. So far this season the Nittany Lions have forced 5 turnovers, 4 against Wisconsin. Nix has throw 13 career interceptions, 12 of which have come on the road. A white out at Beaver Stadium is one of the toughest places to play in the country, Harsin will need to keep his quarterback composed.

Tank Bigsby will be the most important player in the Tigers offense, not Nix. There is no better way to suck the life out the home crowd then running the football 30 times and winning the time of possession battle. Auburn has had a cupcake schedule so far but Bigsby has run for 241 yards on just 24 attempts so far this year. Look for an always stout Auburn defensive front to force the Nittany Lions to throw the football with Clifford. While the Tigers ride the back of Tank Bigsby to an upset on the road for the SEC. 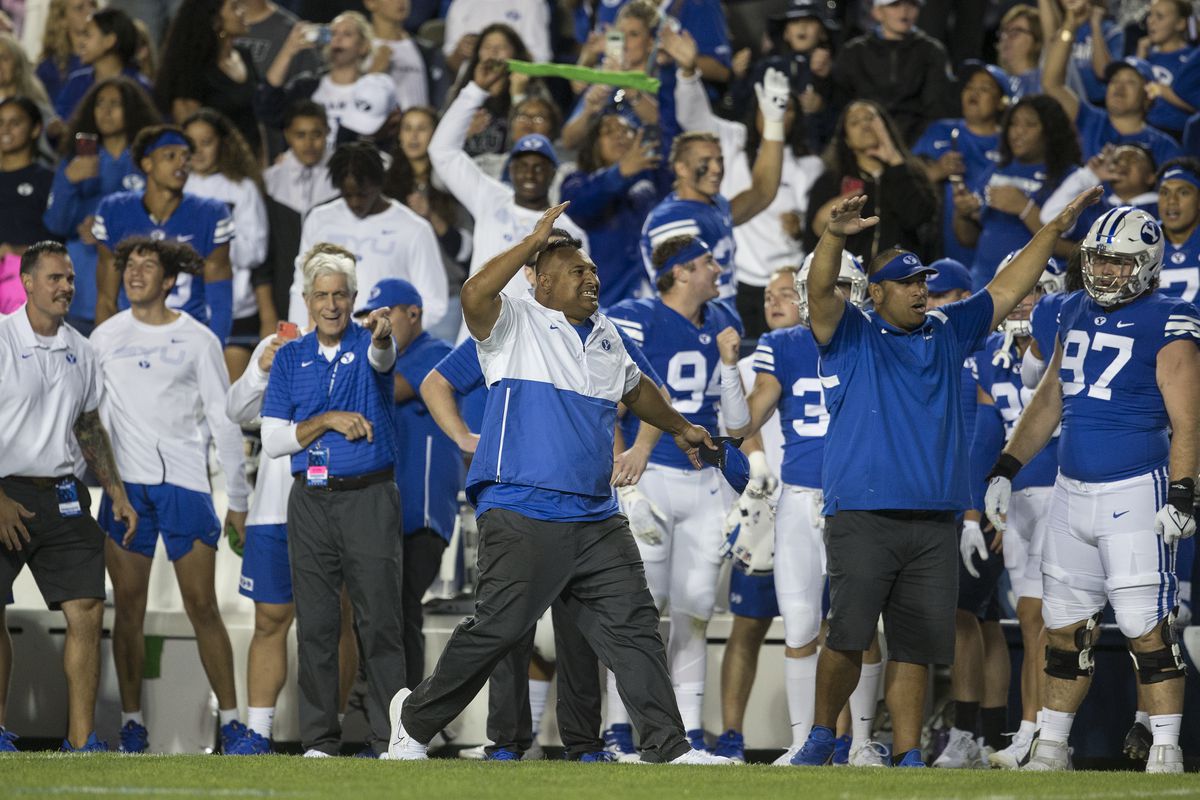 The Cougars are riding a high this program has never experienced before. BYU hasn’t beat Utah in 10 years and finally slayed the dragon last week. The question to me is how motivated and prepared this team is to turn around this week against the Sun Devils. ASU hasn’t been tested yet this season after playing Southern Utah and UNLV in weeks 1 and 2. This team has been looking at this matchup for a few weeks now.

Jayden Daniels and the Sun Devils come into 2021 returning 95% of last years production, this is the second most in the country. This program played a mere 4 games last season with all of its COVID issues as well so there isn’t much tape to go off of. Daniels has a large core of pass catchers that returned this season so he has plenty at his disposal. The defense will be led by a stout front 4, including sophomore Tyler Johnson who recorded 7.5 sacks in those 4 games last season.

As for BYU, Jaren Hall has stepped in for the departing Zach Wilson and has done enough to help this team win football games. Running back Tyler Allgeier has already had 44 rushing attempts in two games. But Arizona State has only given up 2.9 yards per carry so far this season. After an emotional week 2 win the Cougars offensive line needs to be ready to handle Herm Edwards’ defensive attack.

On the defensive side for BYU, the passing defense has been excellent, with interceptions in both games. Utah QB Charlie Brewer is a college football veteran and he managed just 5.7 yards per attempt. The issue is the rushing defense, where Sun Devils QB Jayden Daniels is as dynamic as they come. The Cougs gave up 200 rushing yards on just 25 carries last week. I’m just not sure this team can pick up another monstrous home win.