How to Bet Chiefs vs Bills

Two of the leagues best quarterbacks meet in a way-too-early matchup. But as an NFL fan that is coming off a few too many blowouts in the Wild Card Round, I’m not complaining. The Bills and Chiefs played a big part in those two blowouts, they both look as complete as they have all season. It seems quite likely that this rematch at Arrowhead could decide the representative of the AFC at SoFi Stadium on February 13th.

The Bills played the NFL’s first “perfect” offensive game on Sunday night against New England. They didn’t punt or turn the ball over and scored a touchdown on every drive except for the final kneel down. This was a very emotional win for the city of Buffalo and it’s one that may have taken too much attention from them. Super Bowl teams don’t concern themselves with clowning their Wild Card opponent, we’ll see if there is any karma of sorts for the Bills here.

Kansas City was sleepwalking early against the visiting Steelers. Can we really blame them though? That was one of the worst playoff teams I’ve seen since Brian Hoyer through 4 interceptions and the Texans lost 30-0 to the Chiefs in the 2016 Wild Card Round. The Chiefs have won 10 of their last 11 and Travis Kelce has scored 5 touchdowns in his last 4 games. 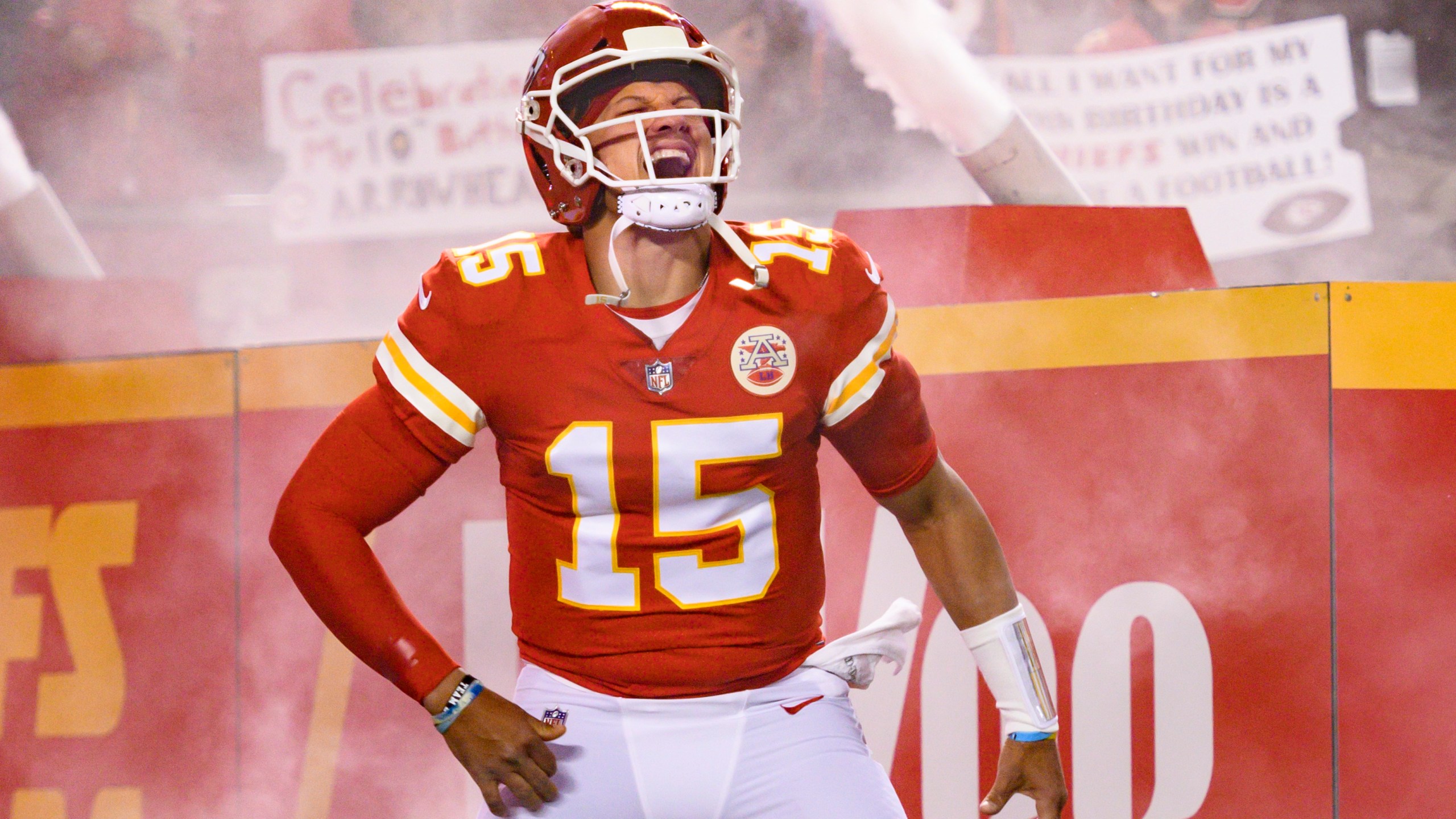 The Bills defense got the best of Mahomes and the Chiefs in the previous meeting earlier this season. Kansas City turned the ball over 4 times at Arrowhead, the Chiefs QB had 2 interceptions and a fumble. The Bills have been forcing turnovers all season, averaging 1.8 takeaways per game. It’s a great recipe on the road to get momentum and it’ll be an important storyline for this game. Mahomes has thrown the most interceptions of his career this season.

Even with a few extra turnovers the Chiefs offense is clicking on all cylinders. They’re averaging 6.0 yards per play, which ranks 2nd in the NFL. The offense is also converting 3rd downs at a ridiculous 53% rate this season, the best mark in the NFL. The offensive line has been fantastic as well, Mahomes has been well protected and a plethora of different running backs have found success.

If anyone can slow down this Chiefs offense it’s the Bills. Buffalo has the highest pressure rate of any team in the NFL, if you remember last years Super Bowl, that was what kept Kansas City from back-to-back Championships. Mahomes has been up and down against the blitz this season, but he’s 27th in completion percentage at 41.8%.

This is a true best on best matchup as the Bills are the best pass defense, third down defense and scoring defense this season. If they can generate pressure against this elite Chiefs offensive line then even one key turnover can change this game. 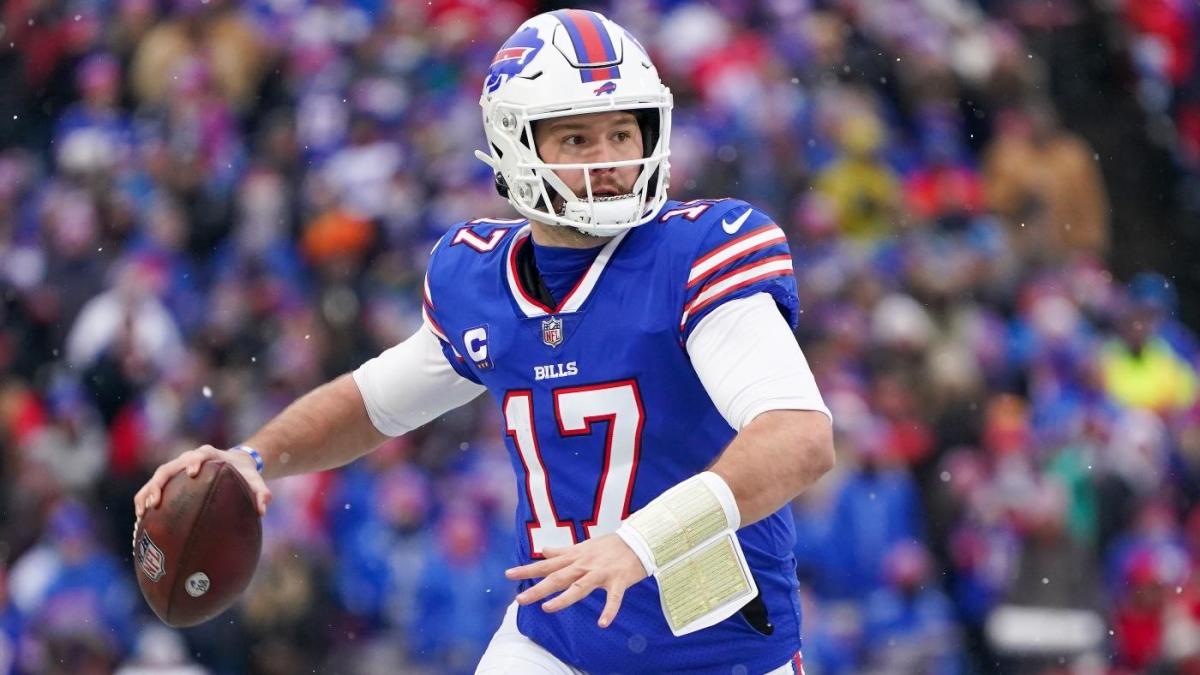 The Bills approach to the 2021 season with Josh Allen was a noticeable difference. Even though he had the highest rushing output of his NFL career the Bills made a conceded attempt to improve their traditional rushing attack. It’s paid off as they averaged 4.9 yards per carry this season, the 5th best rate in the NFL. This could be an area the Bills focus on as the Chiefs are 30th in the league against the run, allowing 4.7 yards per carry in 2021.

The governor is off for Allen in the playoffs though, so he could play a crucial role on the ground as well. There is no next week for Buffalo, they’ll look to do everything they can with their quarterback to get them to the next round. He’ll need to do it while taking care of the football though as just like the Bills defense, Kansas City can take the ball away as they’re averaging 1.7 takeaways per game.

Offensive coordinator Brian Daboll has been spreading the ball around quite a bit recently. Whether it’s Dawson Knox in the red zone, the always reliable Stefon Diggs and Isaiah McKenzie’s new found role in the slot and outside run game. McKenzie has had at least 1 rushing attempt in 5 straight games, the Bills are looking to add that outside rushing element with the speedster similar to the 49ers and Chiefs. This offense has really expanded it’s play calling options.

The Chiefs defense under Steve Spagnuolo has proven to be a clutch and opportunistic unit come playoff time. But they’ve struggled to dial up pressure this season and get into the backfield. The Chiefs DC is known for his blitz heavy attack and he’ll need to dial up some big plays in key moments with Chris Jones and Frank Clark. 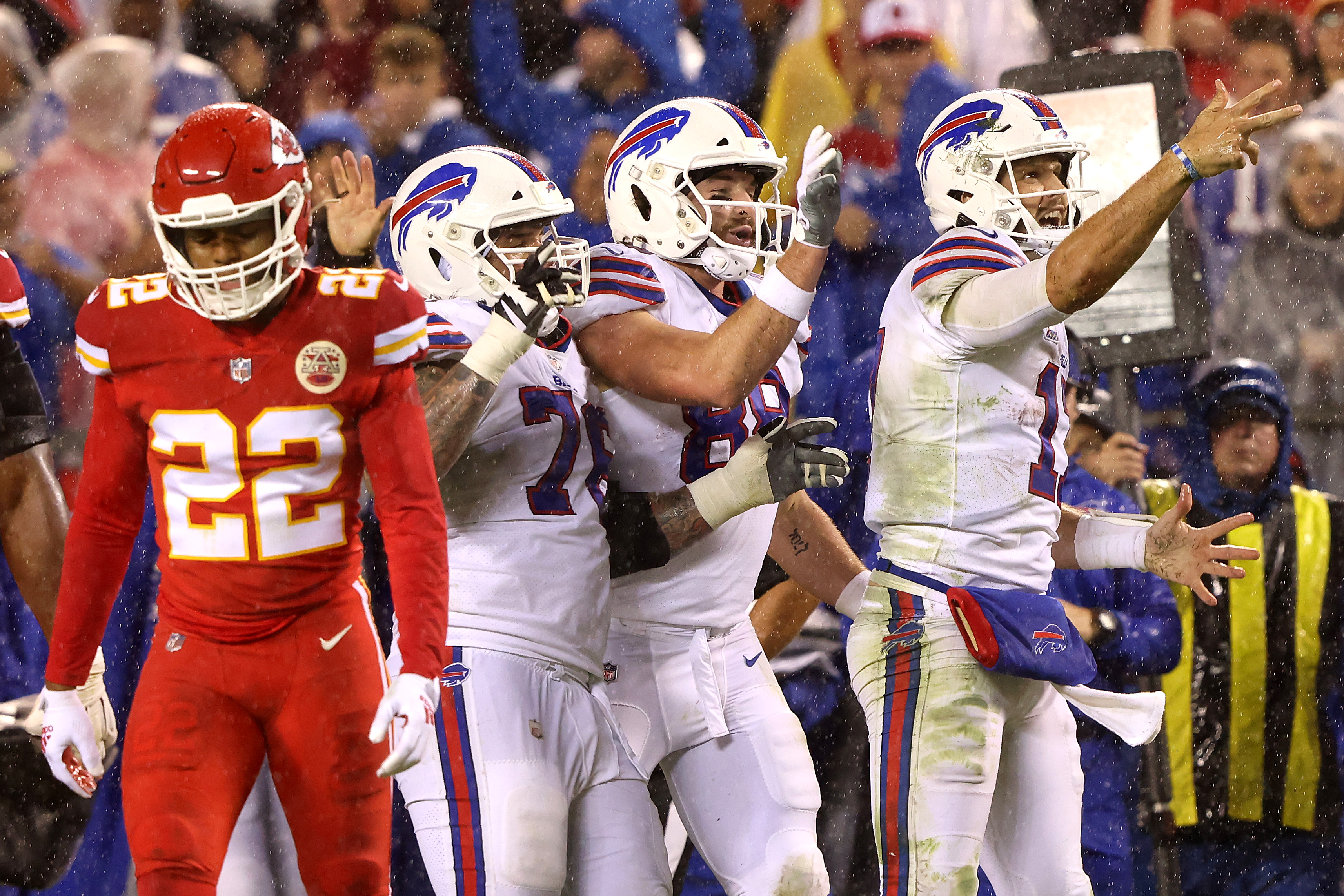 It is the Bills time. They are the better team in this game and the Chiefs poor front-7 will allow them to control time of possession. Much like it did in week 17 against Cincinnati, the Chiefs inability to get pressure on the passer will make it easy pickings for Josh Allen in the air as well. Since 2002, half of the eventual Super Bowl champions finished in the top-3 in net yards per play. The Bills are ranked #1 and Chiefs rank outside the top-10. The more complete team moves on here.