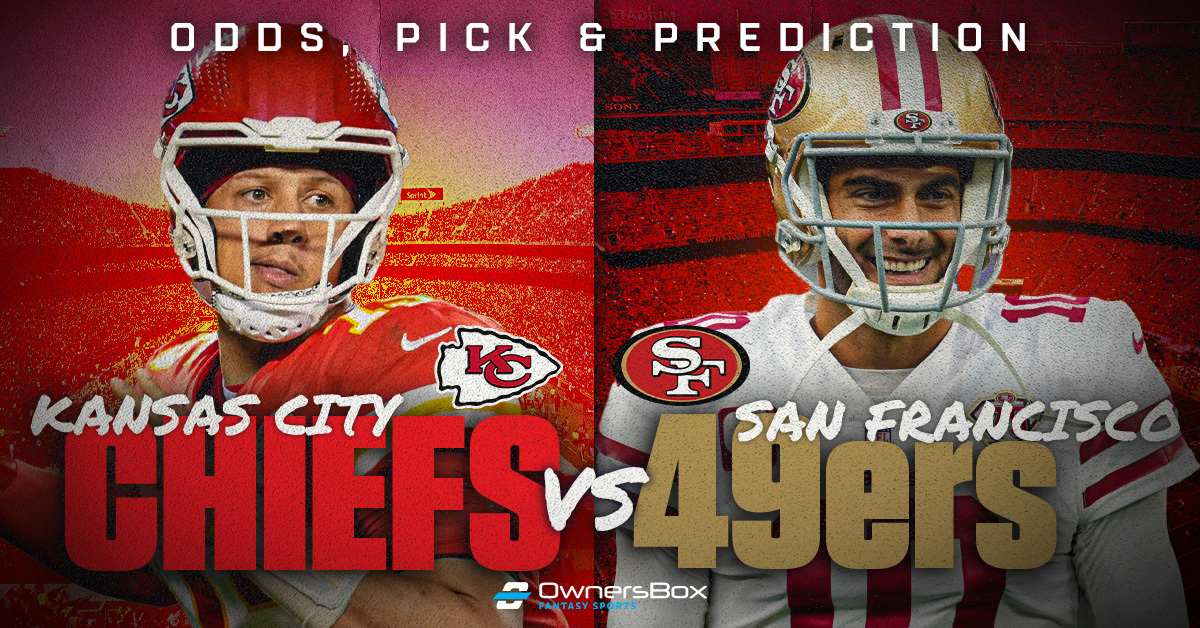 The San Francisco 49ers made waves late Thursday night after acquiring Christian McCaffrey from the Panthers.  This move sets the 49ers up for a deep playoff run but before we get too far down the road, they do host the Chiefs on Sunday afternoon.  We take a look at the Chiefs vs 49ers odds as Kansas City comes in off of a loss to the Bills while San Francisco is coming off of a 14-point loss to the Falcons.  To me, this is the best game on the slate and the way these teams matchup against one another is fascinating.

The Chiefs have faced a tough schedule to start the season and will look to get a win on the road before they head into their bye week.  In a matchup between two teams who have Super Bowl aspirations, the total is hovering right around 49.  This total is intriguing to me and in this matchup I think we have some potential to see both offenses get into a good rhythm.  Did the Bills set the precedent on how to defend Mahomes? Will McCaffrey have an instant impact? Andy Reid and Patrick Mahomes losing back-to-back games?  These are all questions I’ll dig into and explore below.

Kansas sports betting markets make the Chiefs road favorites in this one, since the news of Christian McCaffrey’s acquisition by San Francisco the spread has ticked down a full point from -3 on Thursday night.

Check out the Caesars Sportsbook Kansas promo code this weekend and claim a $1,250 first bet!

The Chiefs are in an interesting spot here.  They proved they are still one of the best teams in the league but now find themselves with a 4-2 record and know they cannot fall too far behind that 1-seed in the AFC.  Patrick Mahomes threw two interceptions against a stout Bills defense and now faces a 49ers defense who will emulate what worked for the Bills in Kansas City.

As we can see above, the public LOVES Andy Reid and the Chiefs here.  Combining the loss last week with the 49ers dealing with multiple injuries on the defensive side of the ball I do understand what bettors are seeing but they should absolutely not be the most bet team of the week.  In fact, there is almost no reason to get involved on a side in this game when you can find so much other value in the total and prop market.

Last week was a terrible spot for this team and as we saw before kickoff, the line steamed towards the Falcons.  They may be getting Nick Bosa back after a pair of limited practices this week which will be a welcoming sight after being without multiple defensive starters in Atlanta.

According to Ian Rapoport, Christian McCaffrey is expected to play Sunday and will have a red zone package in place.  Imagine a backfield of McCaffrey and Deebo Samuel in Kyle Shanahan’s scheme.  What a sight.

The 49ers are looking LOADED on offense with the addition of Christian McCaffrey 😳 pic.twitter.com/KKS1P4MSIH

Obviously Mccaffrey will take a few weeks to fully ramp up in this offense and I wouldn’t expect more than five or so touches for him Sunday, which could very well still influence this weeks outcome.  The 49ers are a team to target down the stretch this season but as they still deal with multiple injuries, let’s use a wait and see approach on how this team evolves later in the season.

I think we are in for a close game which I expect to feature plenty of scoring.  Last week, the Falcons put up 28 on the 49ers, while the Bills should have easily got into the 30’s against the Chiefs.  As currently constructed, both defenses are the inferior units on their respective teams and I think we see Mahomes exercise some demons from a week ago.  I just find the firepower and point potential in this game to be so high and if we’re getting a total under the 50-point mark, I am all in.

After locking in the over 49 (-110) I did add a small prop in this one for a half unit.  I think we saw JuJu Smith-Schuster become a threat last week and I do envision Mahomes continuing to build that relationship as the season progresses.  With that being said, it remains to be seen how consistent he can be but with his receiving yards prop coming in under 50 yards at 48.5, I am willing to take a shot here on the over.