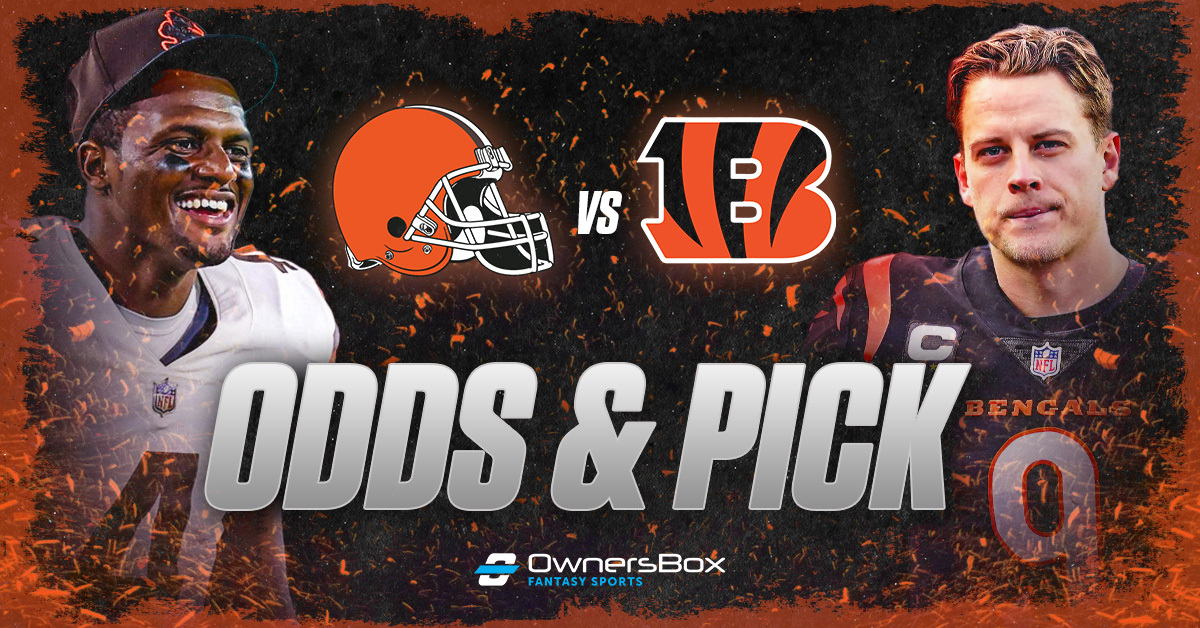 The NFL season is flying by as we have entered week 14. As playoff scenarios continue to play themselves out, the AFC North is still very much up for grabs. In a pivotal home game, the Bengals are hosting the Browns on Sunday afternoon with an opportunity to take over first place in the AFC North.

Although the Browns have been underwhelming this season, a divisional matchup in December will always make for an interesting game and more importantly, an interesting betting approach. This game carries a 46.5 total in the Browns vs Bengals odds and if Cincinnati continues to round into last seasons form, look for their offense to ascend further against this Browns defense.

The Bengals have been the most profitable team in the NFL to bet on, sporting a 9-3 against the spread record in 2022. In the last five meetings though, the Browns have won every game straight up. We could see one of these trends bucked on Sunday afternoon at Paycor Stadium.

Ohio sports betting apps are coming January 1st, 2023 to those in the Buckeye State! Sports fans will be able to place a wager on the Bengals as they look to make another Super Bowl run, as well as the possibility of betting on Ohio State in the National Championship game on January, 9th 2023.

Pre-register now at BetMGM Ohio and receive $200 in free bets for launch day when you click the banner below!

The Browns are in an interesting spot here. The keys to the offense have been handed to Deshaun Watson and they look immediately worse. Jacoby Brissett was nothing special this season but he was able to move the ball and put his team in position to get wins they probably should have secured. Last week against the Texans, the Browns scored three touchdowns, two being scored by the defense and one by their special teams unit. It was expected for Watson to come out slow after his time away from the game but I know deep down Browns fans are petrified having this guy singed to a $230 million dollar contract, fully guaranteed.

Watson is coming off of 131 yards through the air and not only did he look rusty, he looked a little hesitant in everything he did. I think it could take the remainder of the games this season for him to shake this rust and the Bengals defense is a lot more impressive than what the Texans are running out on a weekly basis. This is the second meeting of the season between division foes and oddly enough, the Browns blew out the Bengals earlier this season at home. The revenge factor is certainly something to weigh here and because the Browns did embarrass the Bengals in the first game, look for the home team to have a little extra motivation here.

The Bengals are winners of 8 of 10. Ja’Marr Chase is healthy. They have a strong defensive unit.  Home field advantage. They have seemingly every advantage in this matchup, so why is the spread under six? Well, divisional matchups in December are games that are historically played close and low scoring. Will we see that play out here? I’m not so sure.

Earlier this season, I was hesitant on the Bengals and their ceiling. I thought they would not be able to replicate the run they went on last year and slowly but surely they are beginning to show signs of blossoming into that powerhouse offense and stout defense. They are coming off of another win over the Chiefs and some people may be calling for a letdown spot after such an important win.

I will not be predicting that as I believe they have that divisional crown in sight and know the time is now to make the move while the Ravens are without Lamar Jackson. Getting Joe Mixon back this week, this Bengals team looks like one of the better teams in the league and if they continue to roll, they will be too much for the Browns to handle here.

Browns vs Bengals Pick and Prediction

Sharp money and various trends agree on one thing in this matchup: the under. With that being said, I only really trust that on one side of this game and because of the Bengals offensive ability, we’ll be steering clear of the total here.

Instead, I am going with the Bengals in the first half.  With the spread currently sitting -3 at -115 odds, I think the revenge factor we talked about earlier plays itself out. Deshaun Watson will face a true road crowd on Sunday and if the Bengals can come out ready to go, the Browns will not be able to play with them out of the gate.