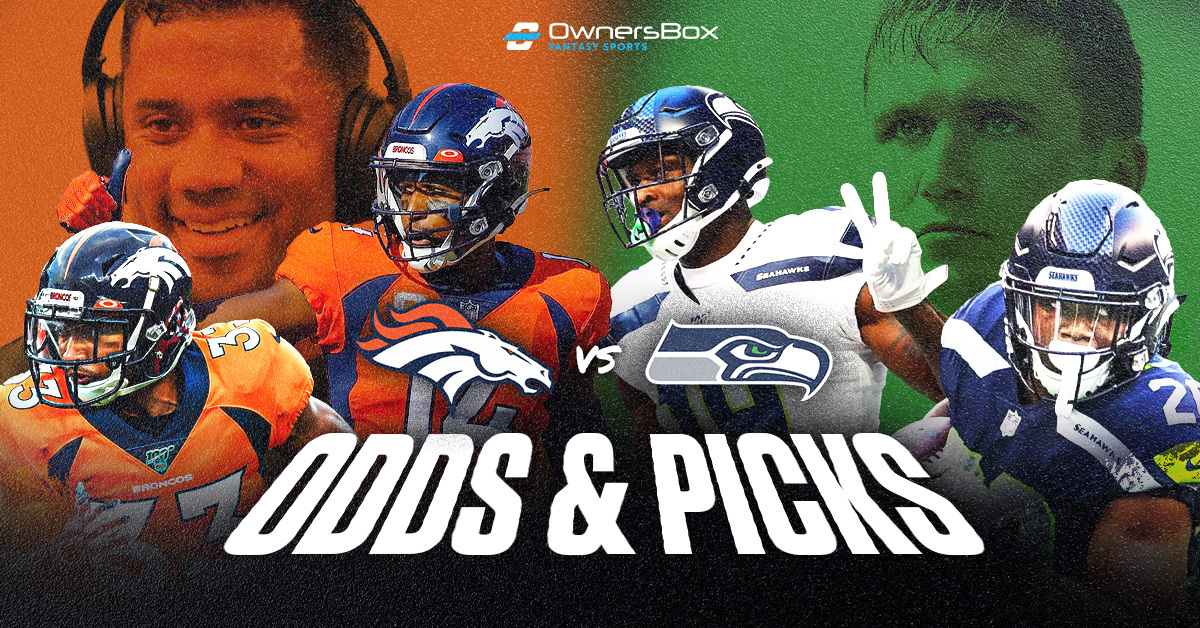 What a fantastic opening week of NFL football. We’ve got an anticipated matchup to cap off week 1 in Russell Wilson’s return return to Seattle on Monday Night Football. He’s also just days off of signing a contract extension with the Broncos, keeping him in Denver for an additional 5 seasons before he even stepping on the field. Colorado sports betting markets seem to think he’ll get off to a good start based on the Broncos vs Seahawks odds.

These are two organizations heading in very different directions for 2021, their off-season trade was the true commencement of that. But as we saw in week 1 with victories from the Bears, Giants and Steelers, that usually doesn’t matter on a week-to-week basis. As they say, anyone can win on any given Sunday. Despite a 6-11 record last season the Seahawks were 4-4 at home against the spread. With Geno Smith at QB they were 2-0 ATS at Lumen Field.

There don’t seem to be many sports bettors rushing to back the home underdog on Monday night. As of 24 hours before kickoff the DraftKings Sportsbook is reporting 89% of bets and 77% of money are on Denver to cover the 6.5 point spread.

For those looking to back the Broncos, or make any bet in this game, you’d be best served using the Caesars Sportsbook promo code ‘OWNERSBOXFULL’ to get your first bet on Caesars up to $1,250!

Life Without Russ in Seattle

The Seahawks are set to open their first season with Russell Wilson since 2011. After a preseason competition, Geno Smith is set to lead Seattle into 2022. In the three games Smith started last season the Seahawks leaned heavily on their rushing attacking. They ran the ball on 50.6% of plays, if you extrapolated that over the entire schedule that would rank 1st in the entire league in 2021.

Seattle will have Rashaad Penny healthy for the start of the season for the first time in what feels like forever. Penny closed out 2021 averaging 134.2 rushing yards per game in the last 5 games. As much flack as this offensive line has taken in recent years, they were serviceable at opening lanes for their backs, earning a 67.4 run blocking grade from PFF.

On the defensive side they lose Bobby Wagner, which could result in one of the league’s best run defenses taking a step back. But with Jordyn Brooks and Darrell Taylor still in the mix this should still be a top-10 run defense. Broncos head coach Nathaniel Hackett should have a balanced offensive attack but they’d be silly not to go after the Seahawks secondary. They gave up the 2nd most passing yards per game in 2021.

There are a number of new faces in Denver for 2022, most notable being Russell Wilson as well as new head coach Nathaniel Hackett. The new HC worked under Matt LaFleur as the offensive coordinator in Green Bay. When you take into account his previous stops with the Jaguars and Bills you’ll know that by no means will Wilson be non-stop airing the ball out. Expect to see plenty of usage for Javonte Williams and Melvin Gordon this season.

This could be the best offensive line Wilson has ever played behind in his career. They had the 9th best pass blocking grade from PFF, highlighted by Garrett Boles and Billy Turner at the tackle spots. With more time to throw there’s a good chance the Wilson and Courtland Sutton connection explodes in 2022. Sutton saw plenty of deep targets last season but more than half of them were deemed uncatchable. Russ has been one of the best deep ball passers in the league for years now.

The defense has some solid talent in the secondary with Kareem Jackson, Patrick Surtain and Justin Simmons. The concern for me is up front, where the defensive line did not generate nearly enough pressure. The hope is that the addition of Randy Gregory can change that, but without a Demarcus Lawrence running opposite of him can they get similar production? The concern against Seattle will be stopping the run, where they were 17th in power success rate and 30th in stuff rate defensively.

Going to Seattle is a difficult task, regardless of the quality of this Seahawks team. This is also an emotional game with the return of Wilson to Lumen Field on Monday. As talented as this Broncos team is, with plenty of flashy parts, I think this Seattle team will be scrappy.

The total in this game is one of the lowest of the week at just 44 points, it’s a lot to ask to then ask this Denver team to win by a touchdown or more. I think Hackett will try to establish the run and as a result be forced into too many third and longs. With how lackluster this Denver team will be at forcing negative plays I see Pete Carroll establishing the run heavily and moving the chains. Expect a slow pace where Seattle tries to control clock and try to break a big play or two on the ground.

One thing every sports bettor should be doing is line shop. I was able to find +7 on Seattle at a price of -110 over at PointsBet. Let’s lock that in.