How to Bet Cowboys vs 49ers

After a brief hiatus, the Cowboys and 49ers are back in the playoffs. The return of Dak Prescott led the Cowboys to their best record since his rookie season in 2016. His bid for Comeback Player of the Year may very well fall short but he set career highs in touchdowns and completion percentage in 2021.

Kyle Shanahan and the 49ers find themselves in the playoffs largely due to the fact that they managed to stay moderately healthy. I say moderately because I’m not sure it’s possible to be one of the healthier teams in the NFL when you play half your games at Levi Stadium. After a slow start to the year at 2-4, the Niners needed a win at Los Angeles in week 18 to get the NFC 6-seed.

An interesting note for this matchup, this is the only Wild Card game that is between two teams that are yet to play each other this season. 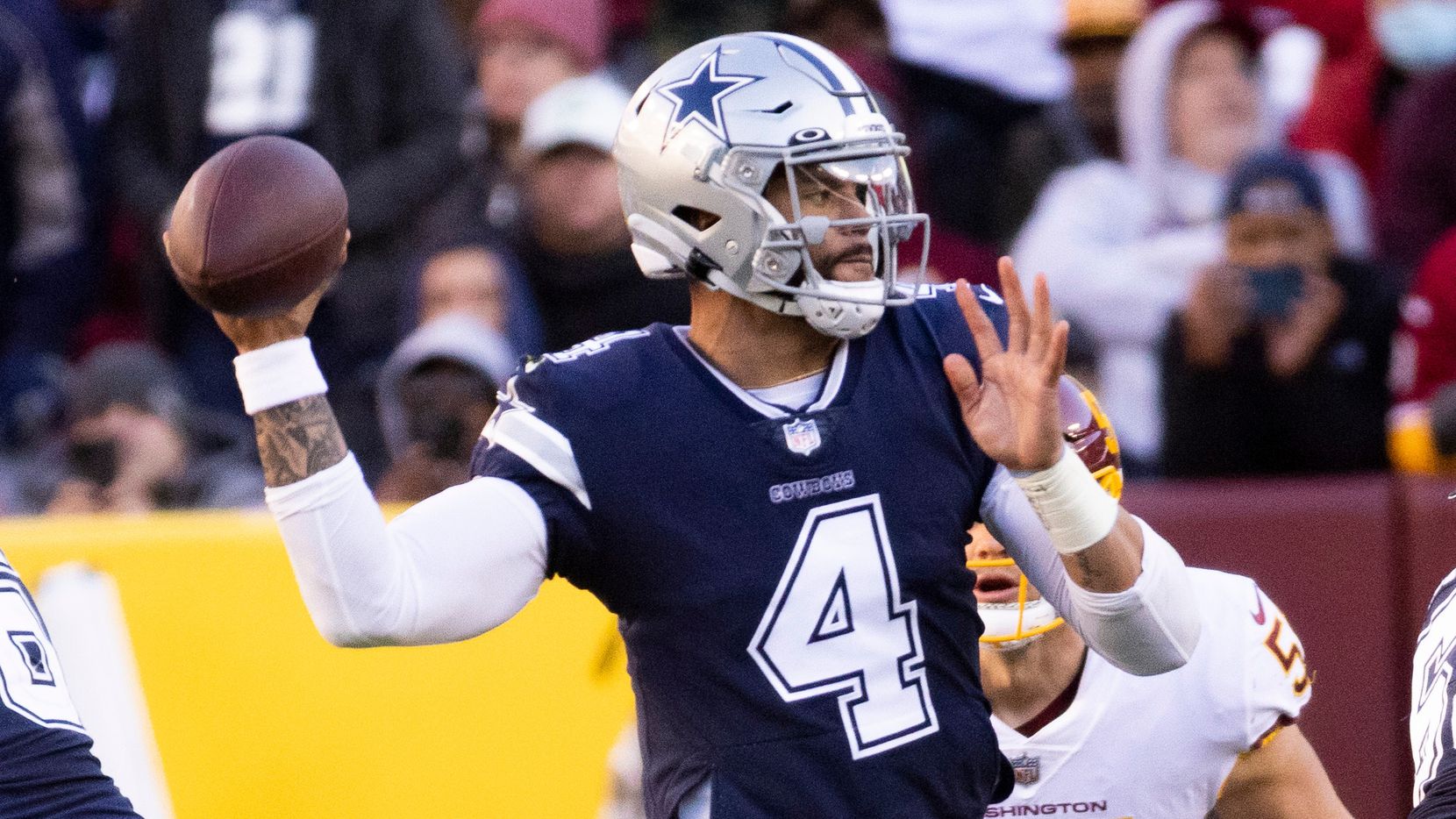 Can the 49es Stop the #1 Scoring Offense?

The Cowboys balanced offense of Ezekiel Elliott and Dak Prescott led the NFL in points per game (31.2) and yards per game (407.0). That success didn’t just come from their skill positions, the offensive line is one of the premier groups in the NFL. They consistently kept the offense in front of the sticks and gave them a chance to move the chains on every play. The Dallas offense was 6th in sack rate and 3rd in stuff rate (Percentage of runs where the running back is tackled at or behind the line of scrimmage) this season.

The quality of the 49ers defense is in their front 7, more specifically Fred Warner and Nick Bosa. In comparison to those Cowboys stats I mentioned earlier, the 49ers are 6th in stuff rate and 3rd in sack rate defensively this season. So this is definitely a strength on strength matchup.

One thing that concerns me when it comes to the 49ers defensive approach is how little they blitz. They blitz just 18.8% of the time, the 6th lowest rate in the league. Dak has been the leagues most efficient passer when he isn’t blitzed this season but has struggled when teams send numbers. His yards per attempt drops to 6.2, that’s 23rd in the NFL. His completion percentage also drops to 62.2% when blitzed, which is 18th amongst NFL quarterbacks.

San Francisco should have no problem slowing down Ezekiel Elliott and Tony Pollard in the run game. But I’d expect to see those backs chipping in on Nick Bosa in pass protection, especially if they don’t see a lot of blitzing from DeMeco Ryans’ defense. I think the success this Cowboys team can have through the air and not on the ground is why this total is the highest of the weekend. 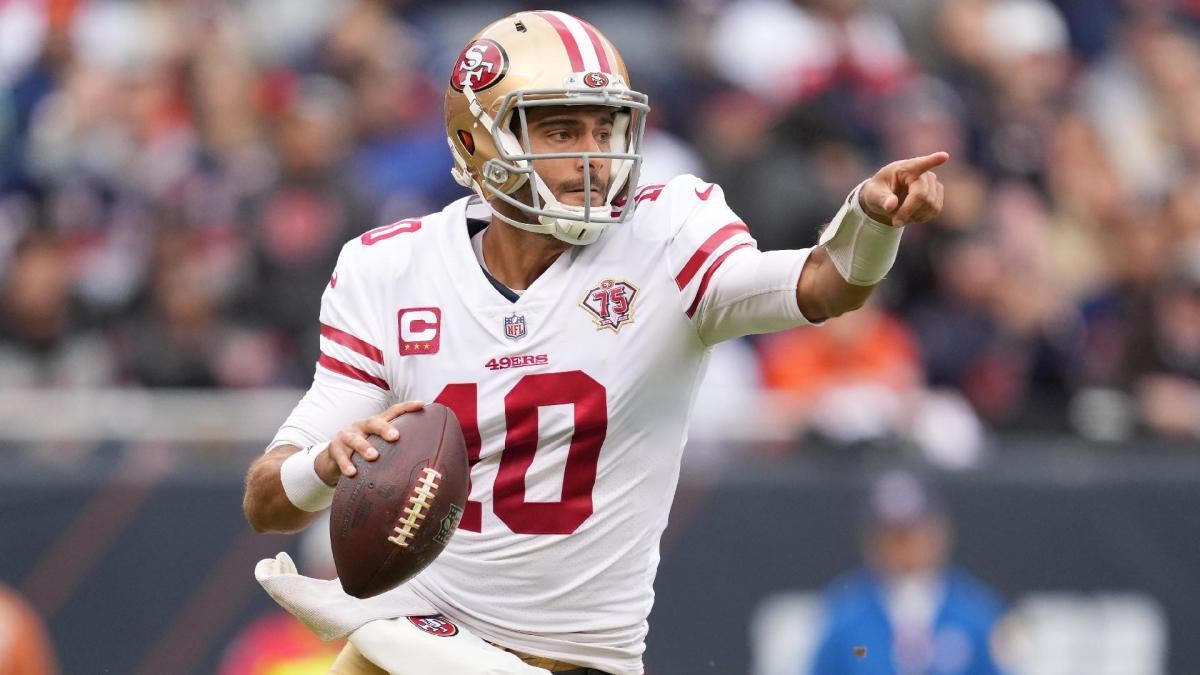 What Can We Expect From Jimmy G?

Jimmy Garoppolo proved this season that the San Francisco 49ers are a better team with him at quarterback. The problem is that his health has been an issue for back-to-back seasons, so I can understand the drafting of Trey Lance. Jimmy G takes his thumb injury with him into the postseason but he has been complementing Kyle Shanahan’s offense really well this season. He’ll look to do the same this week in Arlington.

The 49ers offense has been extremely balanced in 2021, they’re running the ball on 47.7% of plays (4th in NFL). That balance has Garoppolo carving up opposing defenses in play-action, he’s averaging 10.1 yards per attempt and a 73% completion percentage on play-action throws. Both of those marks are 1st in the NFL.

The play-action passing attack could really open up against the Cowboys. Dallas is graded as the 22nd ranked rush defense according to PFF and are giving up 4.5 yards per carry to opposing running backs. If the 49ers are finding success on the ground then the Cowboys may be looking to stack the box and rely on their DBs in man coverage. Leaving Trevon Diggs with Deebo Samuel or Brandon Aiyuk will not work out well, Diggs is giving up 18.5 yards per reception this season. His interception total is disguising one of the worst cornerback seasons in recent memory.

The 49ers will be asking Garoppolo to play a game manager role in a matchup that suits them running the ball. He’s struggled a bit with interceptions, something the Cowboys have been taking advantage of all season. But they may not need much from him in order to score as the Cowboys are ranked 32nd in rushing success rate inside the red zone this season. 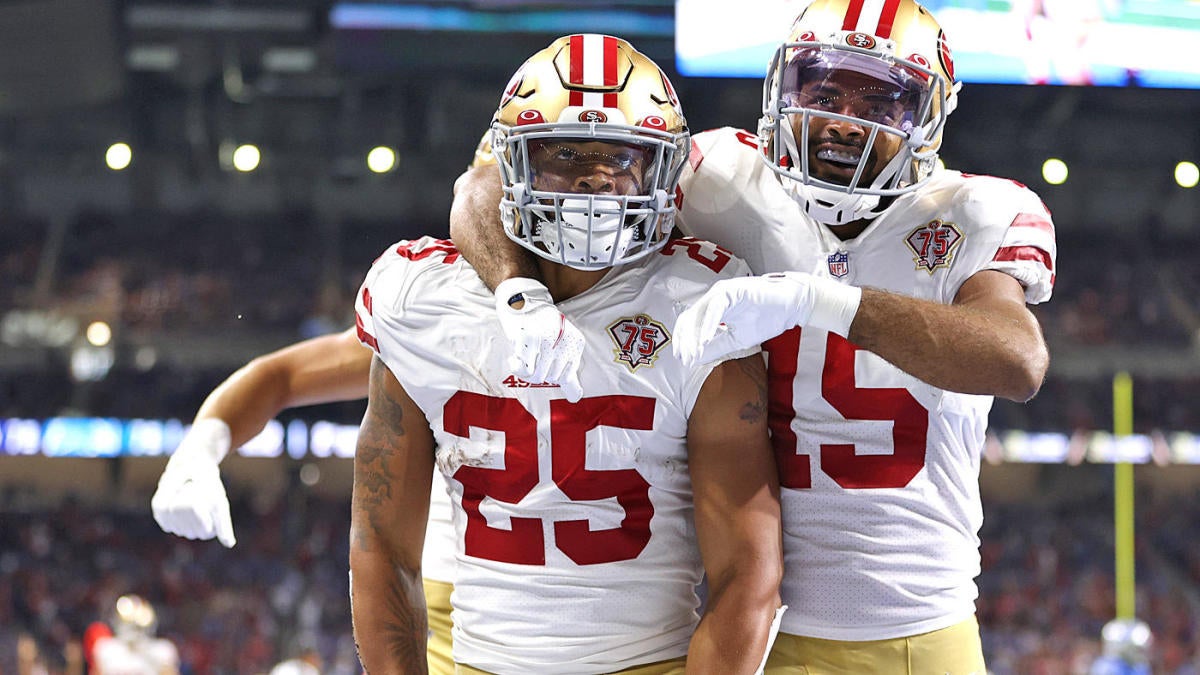 Elijah Mitchell to score a touchdown @ +120

The Cowboys are going to need to put the ball in the air in order to be successful in this game. That’s going to keep the clock from moving and give these offenses more plays to work with. I also see the likely success the 49ers will have on the ground as an opportunity for them to hit some splash plays over the top in play-action. The 49ers also have the NFL’s best red zone offense (66.7% TD rate) and as I mentioned earlier the Cowboys are terrible against the run inside the 20-yard line. Mitchell is a great value at plus odds to score a touchdown.