How to Bet Cardinals vs Rams

Prior to the start of the 2021 season the NFC West was looked at as the premier division in the NFL. That came to fruition as the 4 teams combined for 40 wins this season, with only Seattle missing the postseason. As we enter the Wild Card round we know at least one of these NFC West teams won’t be making it to the Divisional Round.

The Rams were a pre-season darling that was living up to the hype through the first month of the season. They even took down the defending Super Bowl Champion Buccaneers 34-24 in week 3. After a 3 game losing skid in the middle of the season the Rams finished strong and managed to navigate the loss of Robert Woods to earn the NFC West crown.

The Cardinals looked like the best team in the NFL after a 7-0 start to the season. They lost Kyler Murray to injury after their first loss of the season to the Packers and haven’t looked the same since. It was a similar story to the end of the 2020 season when they just completely ran out of gas. Kliff Kingsbury and Co. are looking to change the narrative in the organization’s first playoff appearance since 2016. Will McVay Run the Football?

Leading up to this season, Sean McVay had made the playoffs in 3 of his 4 seasons as the head coach of the Rams. In those 3 seasons where they qualified for the playoffs there is one common denominator, running the football. All three of those teams were top-10 in rushing play percentage. Those teams had excellent rushing attacks led by Todd Gurley and last year Cam Akers.

I find McVay’s infatuation with Matthew Stafford a little perplexing and troubling. This season the offense ranks 24th in rushing play percentage. Perhaps this is a case of the quality of their backs, maybe McVay doesn’t believe in Sony Michel and a post injury Cam Akers? After all, McVay made a name for himself with his outside run scheme.

The Cardinals are an opponent that calls for McVay to run the football. Arizona is PFF’s 19th ranked run defense and give up 4.6 yards per carry (26th in NFL). Let Stafford throw the ball out of play-action more often, he averages 9.7 yards per attempt and has thrown the 5th most passing yards out of this concept. In the most important game of their season I see the Rams being more risk averse and not pushing the deep ball as often. Cooper Kupp can turn any play into a big one. 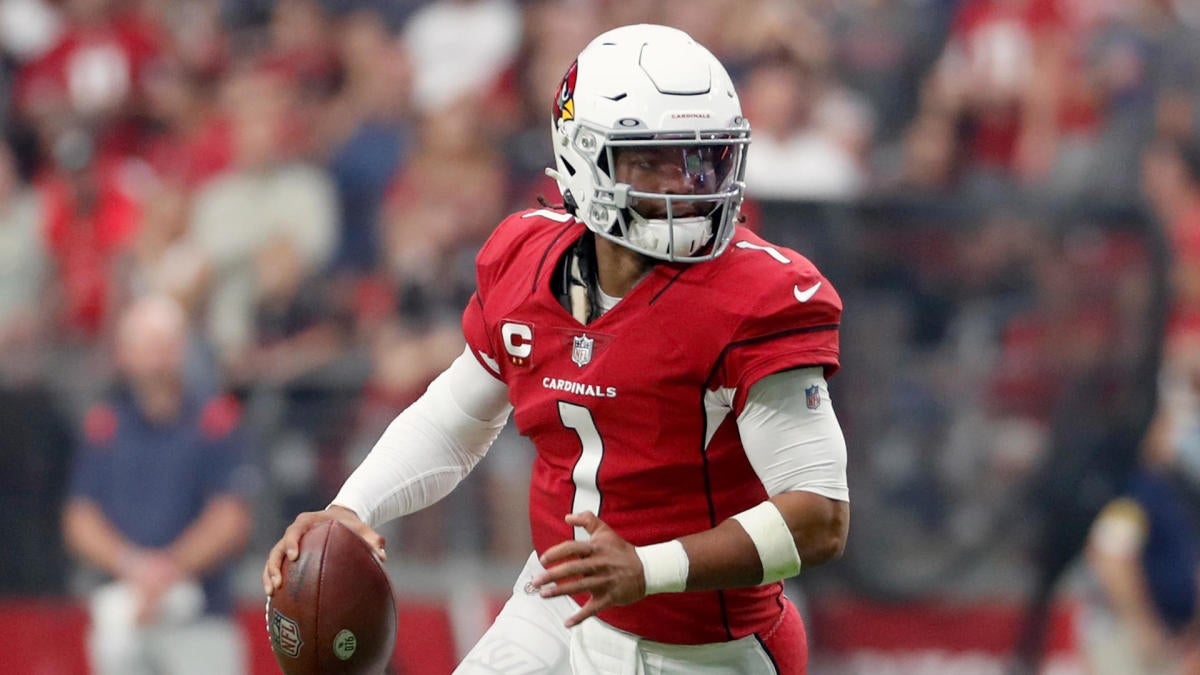 If you look at the two previous games between these two teams this season you’ll see that the Cardinals struggled to run the football with players not named Kyler Murray. Los Angeles has a fantastic run front led by Aaron Donald. Teams really struggle to get to open field on the ground, the Rams are 5th in the NFL in opponent carries of 5+ yards.

Although they’ve been great against the run, they’ve actually struggled against Kyler Murray on the ground. He has 100-yards on 13 carries in the previous meetings this season. His legs have been helping this team stay on the field on third down, they’re 5th in the NFL in third down conversion percentage at 45.3%.

Even without DeAndre Hopkins I’d expect to see the Cardinals putting the ball in the air at a high rate in this game. The key of course will be avoiding the leagues top cornerback in Jalen Ramsey. But Murray has been the most on target quarterback on passes of 20 yards or more this season. Kliff Kingsbury will be looking to scheme his top deep targets in AJ Green and Christian Kirk away from Ramsey as much as possible.

Green and Kirk rank 2nd and 3rd in contested catch percentage this season and are tied for 5th with 12 catches of 20+ yards. The problem against Los Angeles though is that teams don’t typically have the time for these type of plays, the average depth of target is just 7.5 yards which is top-10 defensively in the NFL. Green and Kirk have made some big plays but DeAndre Hopkins absence has impacted Murray’s decision making. I’m concerned with how this Cardinals team has been trending in the second half of the season. Also, on defense the Cardinals love to blitz (4th highest rate in NFL) and Stafford has been very good against it. He’s thrown 13 touchdowns and just 1 interception with a 74.6% completion percentage. It seems like it’s a good thing when he knows pressure is coming as he doesn’t chuck the deep ball. It helps when you’ve got Cooper Kupp to work with after the catch.

Over the past few seasons, especially last year with Brandon Staley at DC, the Rams have been playing a lot of 2-high concepts. Having such great defensive line play allows them to have a numbers advantage in the secondary. This helps them limit explosive plays, which is a great way to matchup against this Cardinals passing attack.