Bears vs Seahawks Odds, Picks, Prediction & Which Starters are Playing 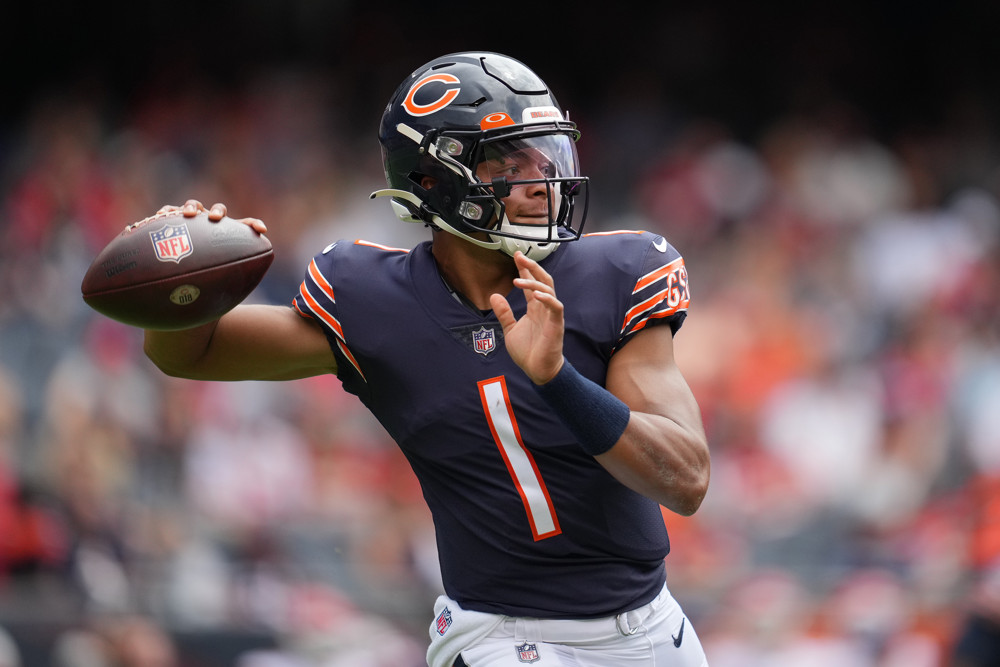 The NFL preseason is looking much different recently then of years past, the starters are seeing a lot less time on the field as player safety becomes a focus. So when betting on preseason football, you’ll need to stay in the know on who is playing as well as look for what players or teams have plenty to work through and prove. We’ll take a look at these factors to see where the value lies in the Bears vs Seahawks odds on Thursday.

Both the Seahawks and Bears are expected to post underwhelming win totals in the 2022 NFL season, the NFC West division odds list Seattle at just 6.0 wins this season. Meanwhile the Bears were missing a first round pick this season after trading up to draft Justin Fields in 2021. So don’t expect anyone to take down an NFL award for Rookie of the Year from Chicago.

Illinois sports betting markets list the Bears as more than a field goal underdogs in Seattle. Chicago got the better of the Kansas City Chiefs in the opening week of the preseason, winning at home by a score of 19-14 at home. DraftKings Sportsbook is offering the best price on Chicago to win straight up at +155 in the Bears vs Seahawks odds.

The best NFL online sportsbooks are in lock-step when it comes to favoring the Seattle Seahawks by 3.5 points. With all 32 NFL teams in action this week, only four of them are listed as home underdogs. Pete Carroll is 26-18 in his career in the preseason as the Seahawks head coach. Last preseason the home team was 35-11-1 straight-up.

Head coach Matt Eberflus told the media that he is expecting to play the starters for 6-10 reps – or a couple of series – in Thursday night’s game. So don’t expect to see a lot of Justin Fields in this one, they’ll keep things sheltered for their star QB who took a late hit in week 1 of the preseason. Instead you’ll see Trevor Siemian and Nathan Peterman battling for the No. 2 job.

Pass protection is the big question mark for Chicago, especially after offensive tackle Tevin Jenkins’ name was swirling in trade rumours. He’s back with the team and is battling for a spot with the starters at right guard. He’ll probably see more reps then the incumbent starters as he battles for position.

Rookies Kyler Gordon and Elijah Hicks will surely get some work with the Bears defense. Gordon was absent for week 1 with an injury while Hicks was playing behind 2nd round pick Jaquan Brisker. There are a number of young bodies battling for roster spots across this roster.

Seattle quarterback Drew Lock will not be present on Thursday night, he is going to miss their week 2 preseason game after testing positive for COVID. This was after Lock had taken over reps with first team this week in training camp. Instead, we’ll be seeing Geno Smith and surely plenty of Jacob Eason against the Bears.

It doesn’t look like rookie running back Kenneth Walker will be active on Thursday either as he is dealing with what he called a hernia injury. This was after Rashaad Penny made his return to practice on Tuesday. DeeJay Dallas and Travis Homer are both quite familiar with the offensive system as they were with the team in 2021, so I’d expect to see them battle for the RB3 spot in this game.

My understanding is that #Seahawks RB Kenneth Walker underwent surgery to repair a hernia — not what is sometimes called a “sports hernia” or core muscle injury — and he’s expected to make a full recovery. The plan is for him to be out there Week 1 if all goes well.

Former Cincinnati Bearcat Coby Bryant was in the week 1 preseason headlines for all the wrong reasons as George Pickens made a toe tapping 26-yard touchdown catch. As unfortunate of a play that was his stock has rose in camp and he’ll be given every chance in this matchup to try to earn a role for this team in the regular season.

In week 1 of the preseason the over was a ridiculous 14-3, going over the total by a whopping 8.6 points per game. The average total in week 1 was 35.0, which was the lowest average total in the last 5 years of preseason football. But for week 2 the books have adjusted, with the average total at 40.4. This could be a bit too much of an over correction.

I like this game to go under the total of 39.0. The Seahawks will be missing the quarterback battle between Lock and Smith, which can really fuel the competitiveness of a meaningless football game. Combine that with the Bears starters not seeing much action and offense may be hard to come by with the Bears offensive line.