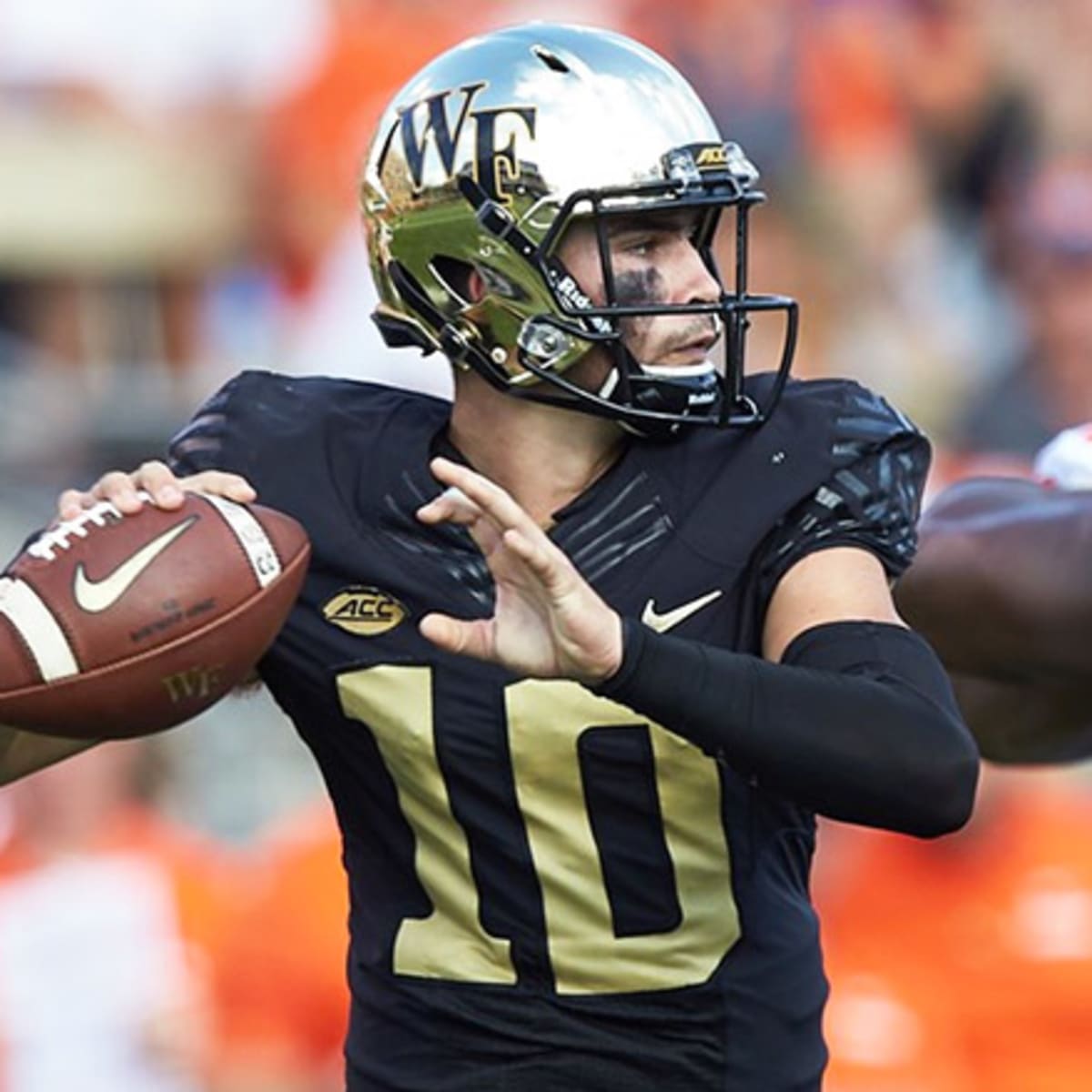 This could be the best game of the entire weekend and it may be the least watched power 5 conference championship in 2021. We’ve got two of the best quarterbacks in the country matching up in Kenny Pickett and Sam Hartman. Wake Forest last won the ACC in 2006 and Pittsburgh is yet to win it. So even though these teams don’t have a spot in the College Football Playoff on the line there will be plenty to play for.

When the Wake Forest Offense Is On The Field 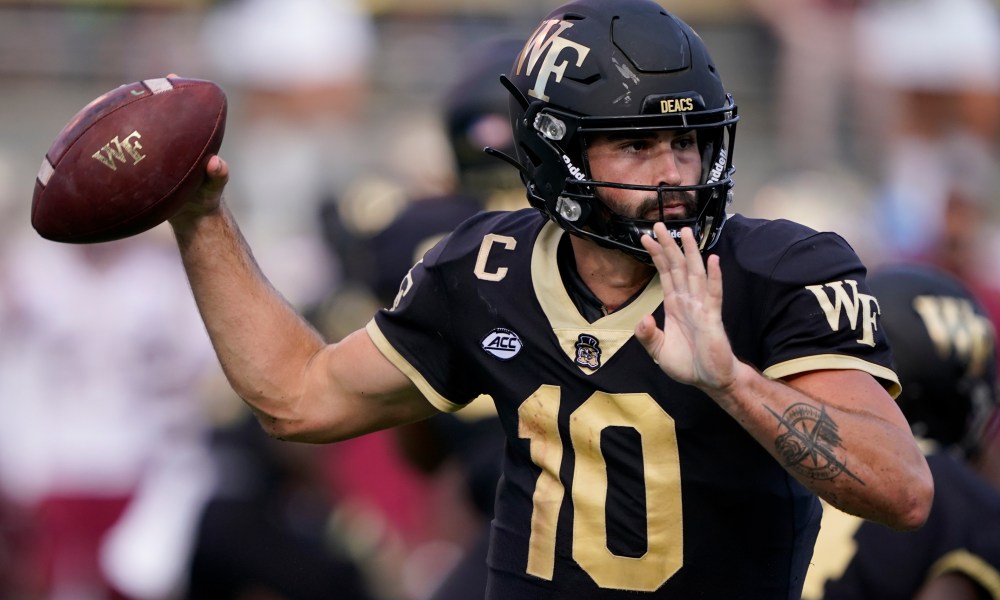 The Wake Forest offense has been one of the most exciting in college football this season. Hartman has supported two wide receivers with over 1,000 receiving yards in Jaquarii Roberson and AT Perry. These two have been burning opposing defenses on the outside, the Deamon Decons are averaging 14.7 yards per completion.

Dave Clawson’s RPO offense is one my favorite to watch, the elongated mesh point between quarterback and running back is mind boggling to people who haven’t seen it themselves. It puts an incredible amount of stress on the defense as they front 4 isn’t sure if they should be coming around the outside to get after the quarterback or be trying to stuff the run.

The Pittsburgh defense has been very good against the run this season, allowing opponents to just 2.8 yards per carry. They’ve been able to get after the quarterback too as they have a 10% sack rate. If they’re winning at the line of scrimmage this slow mesh RPO concept could be in trouble. The issue here for the Panthers defense though is how they slow down those pass catchers from Wake. Pittsburgh is 88th in the country in opponent yards per pass completion and are giving up 279.4 passing yards per game. If they don’t get into the backfield it could be a long day for the Panthers secondary.

When the Pittsburgh Offense Is On The Field 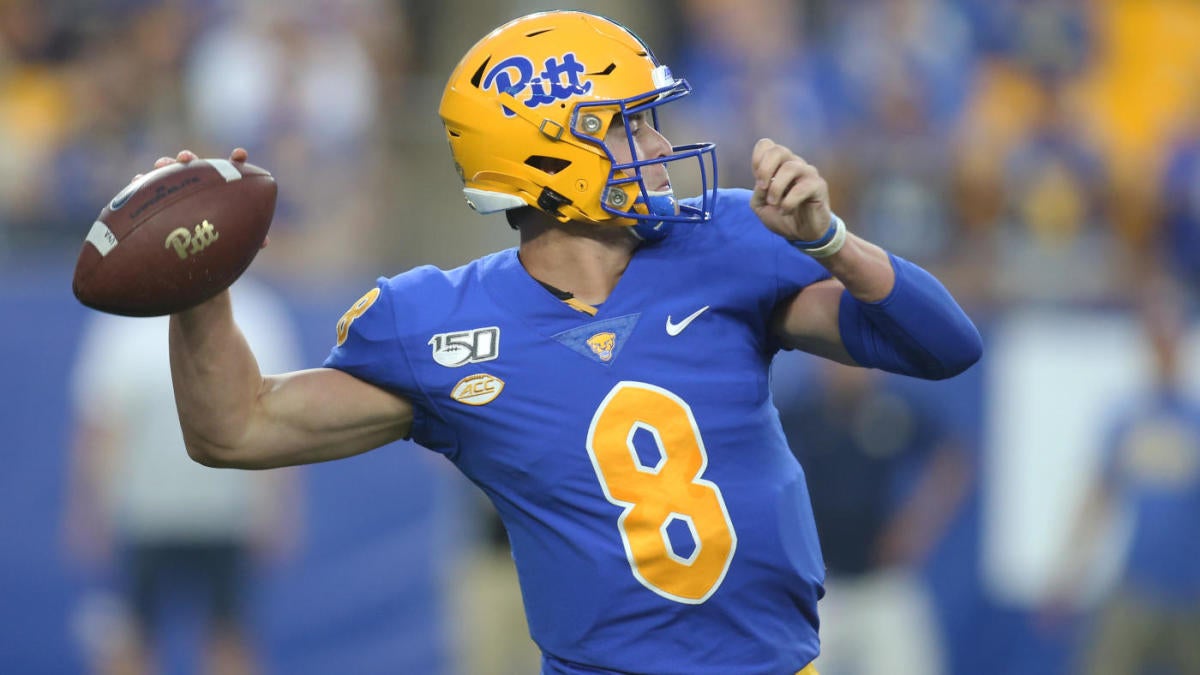 The Pitt Panthers and Kenny Pickett are very thankful he returned for his senior season. Pickett ranks 5th in total yards and 2nd in touchdowns, raising his NFL Draft profile to the first round. He’s got a great opportunity to juice up those numbers against a Wake Forest defense that’s giving up 30.3 points per game. Receiver Jordan Addison should be able to improve upon his college football best 17 touchdowns this season, 4 more than 2nd place AT Perry.

The interesting part of this matchup is that the majority of teams that play Wake Forest go to their rushing attack. Teams run the ball on 56.7% of plays against them and it’s because they give up 5.2 yards per carry, which ranks 113th in the country. Pittsburgh does not like to run the football at a high rate but they could mix that up here.

The Panthers rank 11th in third down conversion percentage. So if the Pitt run game is moving then that should make it extremely difficult for the Demon Deacons to get off the field. But if they continue to rely on the pass they can still find success as Wake Forest’s secondary has been pretty average across the board. Throwing the ball could be exactly what Wake wants here as it’s the best part about their defense.

I think the Demon Deacons will be heavily focused on throwing the ball. Tyler Van Dyke of Miami and Brennan Armstrong of Virginia torched the Panthers for 400+ yards passing. Both those teams came into the game being very one dimensional, completely ignoring the rushing attack. I see Hartman doing the same thing here as he’s got elite weapons in Perry and Roberson. The Panthers are averaging only 4.0 yards per carry and will want to put the ball in Pickett’s hands. This isn’t the optimal way to take down Wake Forest. The Demon Deacons win their second conference championship.