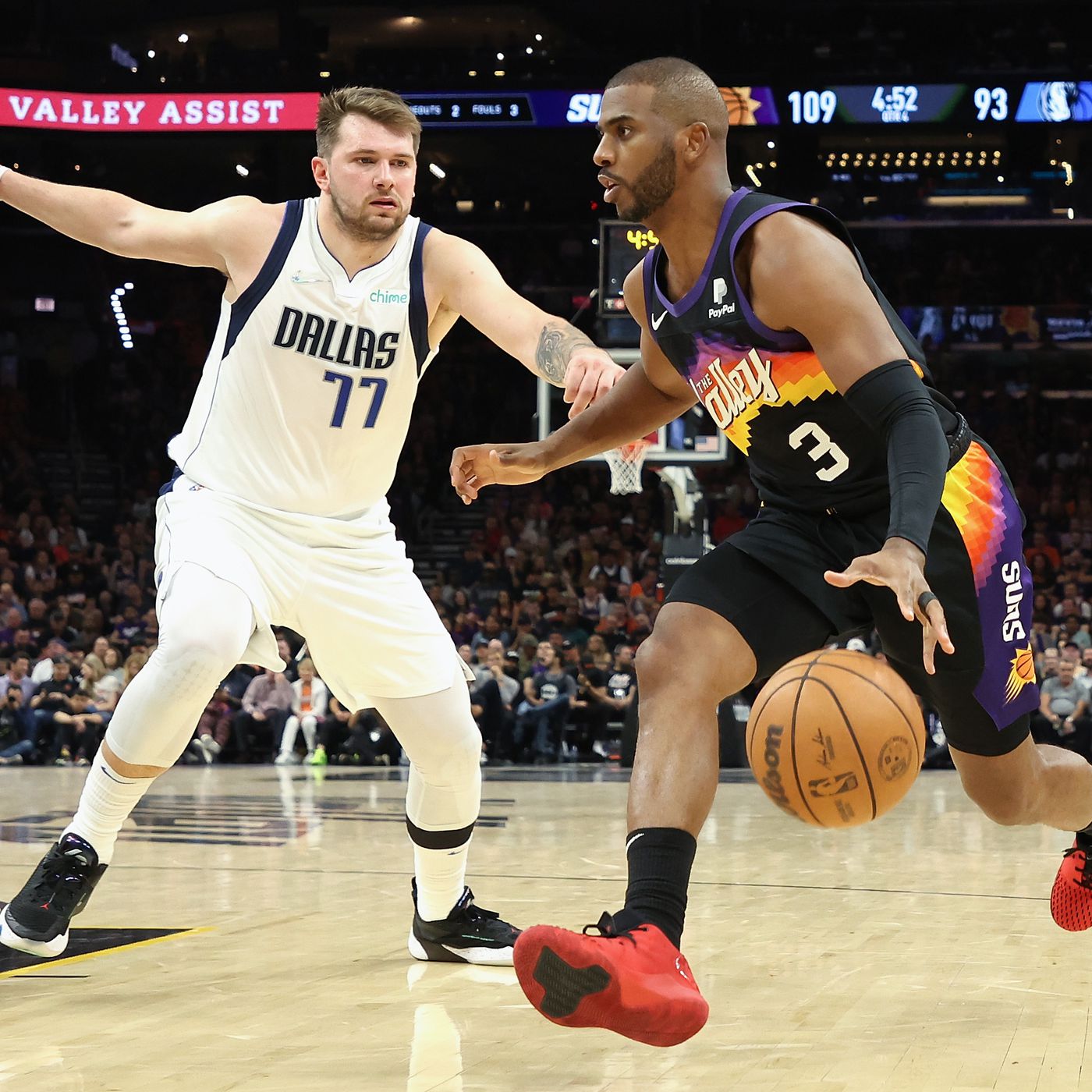 After a pair of dominant shooting performances by the Phoenix Suns in games 1 and 2, the series shifts to American Airlines Center. The Suns vs Mavericks odds actually favor Luka Doncic and the Dallas Mavericks by 1 point (-106) at the BetRivers Sportsbook.

The Suns continued to shoot at an unconscious rate in the second game of the series, their 64% shooting percentage set a playoff franchise record. If they continue to shoot at this level then there isn’t a team in the entire NBA Playoffs that can beat them, let alone the Mavericks. If you like the Suns red hot shooting to continue then a parlay of the over 219.5 (-110) and Suns moneyline (-109) may be the way to go at BetRivers with +265 odds.

Suns vs Mavericks Odds For Game 3

Odds are courtesy of the BetRivers Sportsbook app!

New York online sports betting markets are listing the Suns as -125 favorites to win the Western Conference, due in part to their 2-0 series lead and the Grizzlies vs Warriors series sitting at a 1-1 tie.

Can the Suns Sustain Their Offensive Output?

The Suns have completely defied the odds through two games of this series. During the regular season the Mavericks held their opponents to 45..7% shooting, but in the Suns vs Mavericks series Phoenix has shot 56.9%. This was with Deandre Ayton playing just 18 minutes due to foul trouble in game 2, missing their best interior scorer for a good portion of the game makes this efficiency even more impressive.

The reason for this point of attack is their ability in the pick-and-roll. They’ve been going at Luka Doncic and finding a lot of success. Surprisingly enough though, the Mavericks were the second best team in the NBA at defending opponents taking mid-range shot attempts. So perhaps defending the Suns will improve with more experience.

The Suns had the Mavericks number during the regular season, it hasn’t ended through two games of the NBA Playoffs. But for some reason the Sun vs Mavericks odds indeed favor Dallas at home on Friday night. It certainly has to do with the home court advantage, the Mavericks are 4th in the NBA in defensive efficiency at home.

After scoring 35 points in game 2, Luka Doncic passed Michael Jordan for the highest per game scoring average in playoff history with 33.5 PPG. His offensive output certainly isn’t the reason his team is returning home facing a 2-0 deficit. His defense may be though, the Mavericks defensive rating in the series goes from 105.9 with him off the court to 136.3 with him on it. Yikes.

Doncic needs to be engaged on the defensive side of the floor, playing on his home court at American Airlines Center can certainly help him do that. That’s been the case for him in the regular season.

With the series shifting to Dallas I am surprised to seeing the total sitting at the highest it has so far. In game 1 the betting total closed at 214.5, game 2 saw the line move up even higher to 217.5 and now for game 3 the betting odds have the total at 219.5 at Caesars Sportsbook.

But as we’ve discussed throughout this article there are a few indicators pointing towards the final score falling short. The Mavericks pace is one of the slowest in the NBA, ranking 30th overall. The home crowd will certainly help them do a better job dictating the pace in game 3. They pair this slow pace with a league average shooting percentage too.

Meanwhile the Suns are playing at a level that just can’t possibly be sustained any longer. The mid-range attack they’ve had isn’t their bread and butter, with how successful the Mavericks have been defending that area they’ll find the proper adjustments.

I think the Suns vs Mavericks odds for game 2 on the total are shaded a fair bit too high, give me the under 219.5.