Is overreacting to Russell Westbrook after Game 1 irresponsible? 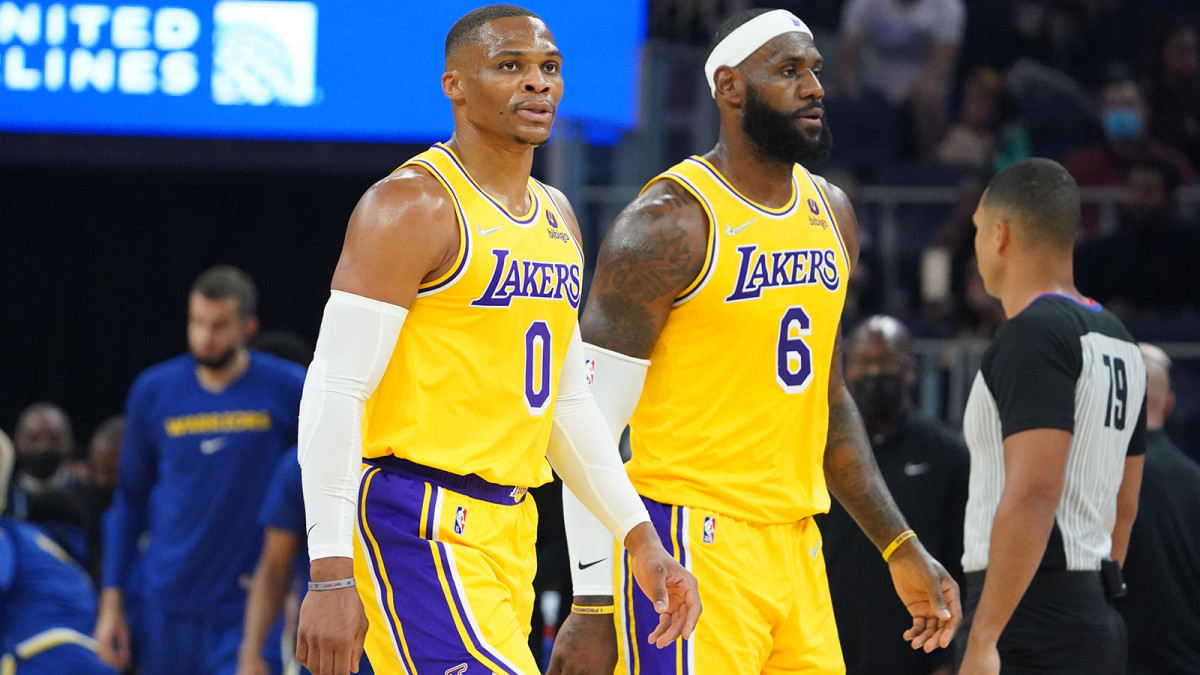 Is it irresponsible to overreact to Russell Westbrook after Game 1?

The NBA opening night kicked off with a game between the Lakers and Warriors. If anyone watched that game you know that the Lakers looked worrisome, well someone in particular, looked worrisome. And if you didn’t watch the game, I’m talking about Russell Westbrook.

Rusell Westbrook was traded to the Lakers in late July. The Washington Wizards agreed to trade Russ and three future second-round picks for Kentavious Caldwell-Pope, Montrezl Harrell, Kyle Kuzma, and the draft rights to Isaiah Jackson. Getting rid of Kuzma and getting Westbrook had the Lakers fans ecstatic.

The Kuzma slander from the Lakers fans was entertaining to see on Twitter. They might have been the first ones laughing, but something tells me after last night’s game, they won’t be the last ones.

Russ’s debut with the Lakers last night was abysmal. He looked like a chicken with his head cut off running around in the first half. With only eight points in the first 35 minutes, he seemed to be trying to get the ball less and less as the Warriors took the lead. His play wasn’t dynamic enough to keep up with LeBron and Davis.

Now, the question is; is it too early to say Russ might not be the star the Lakers want?

The Lakers could have traded for Buddy Hield but LeBron wanted Westbrook. It's all Brons fault pic.twitter.com/H5W0kqdlLg

Personally, I don’t think it is. With players like LeBron and AD, it takes a certain type of player to live up to their status. We’ve seen it before if you put three star players together, someone is bound to underperform. As the saying goes, three’s a crowd. Russ is new to the team, so there’s no doubt that he needs to get comfortable first but I don’t think he’s the answer the Lakers were looking for. The Lakers need someone who will complement the already big players on the team.

It looks like the Lakers fan also aren’t quick to overreact to Russ’s performance last night. Also if you missed the memes that normally came for Kuzma from Lakers fans, don’t you freight because they are just as good for Russell Westbrook.

LeBron when he sees Westbrook pull up for three:#Lakers #Warriors
https://t.co/1aL3tWeYOp

The NBA drama is stirring up and I feel like I’m watching a reality TV show here. Check out the Ben Simmons drama here.

PLAY WEEKLY FANTASY BASKETBALL FOR FREE TODAY. USE PROMO CODE NBA10 FOR A FREE $10 ENTRY INTO OUR SALARY CAP GAME.