IS DAMIAN LILLARD GOING TO THE LAKERS? 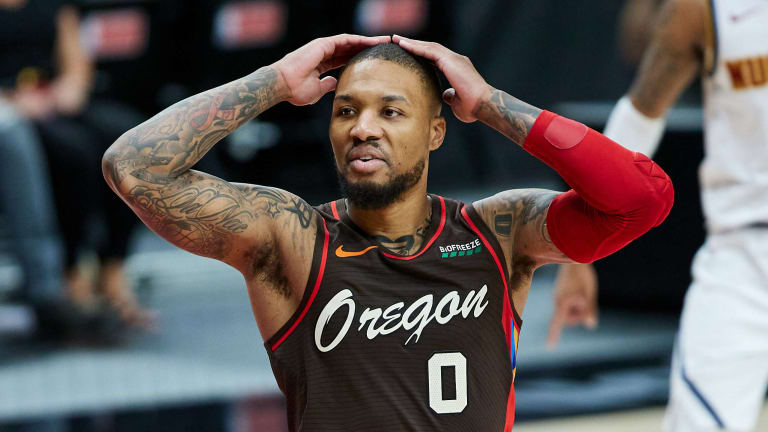 Is Damian Lillard looking for a trade?

Damian Lillard, a point guard for the Portland Trailblazers is shopping around for trade. He started and continued his career in Portland after being the sixth overall pick in the 2012 NBA draft. After eight years with a team, why is now the time to leave?

According to Lillard, he has two reasons that could potentially push him to leave the franchise. One, he does not feel like the Trailblazers can build a contending team for the NBA championship. Looking at the franchise’s playoff history, they have been eliminated in the first round in the last five years. Second, when Portland hired their new head coach, Lillard received backlash from the move despite having being involved in the process.

Lillard not being happy with the franchise took to social media with a cryptic message that is most likely about Portland.

“Sometime it’s not the people who change. It’s the mask that falls off”

What team should Lillard trade to?

Technically, Lillard’s contract is not up. He still has four more years left with the Blazers as he resigned his contract until 2025. This means that the Portland is not trading Lillard for cheap.

Lets look at what Portland wants in return; an all-star caliber player and four first round picks. Something that some teams just can’t offer.

Now, who knows if Lillard will actually follow through with a trade since he’s a portland fan favourite and an all star player. But you know what they say, one bad franchise move, makes for another franchises treasure.

But lets say he does make a trade, here are a few scenarios:

The Knicks is a franchise that’s been struggling to make the playoffs since 2013. After finally making it this year and getting knocked out the first round, the Knicks could benefit from a point guard like Lillard. With Julius Randle heating up, they could potentially be a duo that could help each other out. Blazers would look at getting R.J. Barrett, Mitchell Robinson and/or first future round picks. 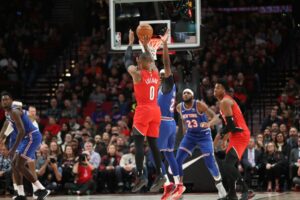 The Lakers are already looking at trading for Lillard. Lillard has been a big fan of LA and Kobe Bryant. He tweeted back in 2017 that if Portland didn’t sign him he would have wanted to go to the Lakers or Jazz.  Unfortunately, the Lakers are missing assets that make them in a frontrunner in the trade. They are looking to trade Kyle Kuzma, but lets face it, no one is looking to take him. If he went to the Lakers, his fantasy points would go down so much, making this not a fun trade for us fantasy players.

With Lillard potentially looking to leave the Blazers, this leave the Celtics with options to trade. The Celtics are looking to rebuild a young core team but might have to jump on the opportunity to take Lillard. Jayson Tatum, a star on the Celtics, could become a duo with Lillard if he joins the team. With both Tatum and Lillard playing in the Olympics this year, they could be a duo that is worth keeping on eye on, if the Celtics looked to trade for him. 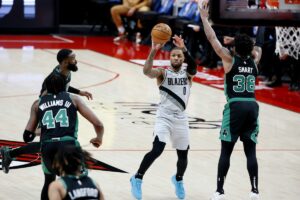 I think this is a great move for the Pelicans. The pelicans are currently building a winning team around Zion Williamson, so why not add Lillard to the team and create an opportunity to take Pelicans to the ship. They also have the right guys to make this trade look appealing to the Blazers. The Pelicans are in a good spot for an all star trade.

So will Dame leave the Blazers? I say no, I think he’s being dramatic; 1. because he can and 2. because why not? If I was an all-star NBA player, I would also make it about me and make my team sweat a little bit.