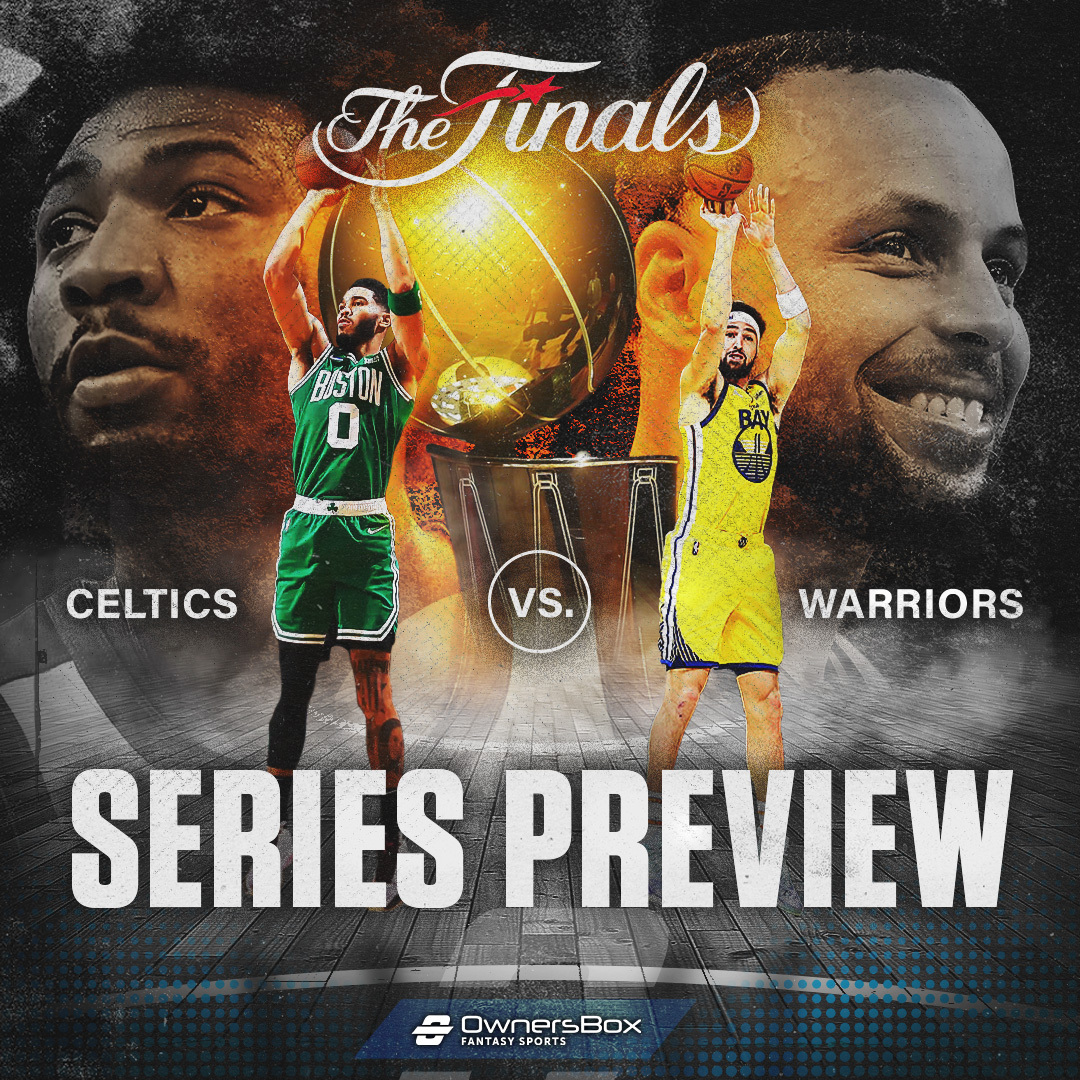 The Golden State Warriors and Boston Celtics will face off in the 2022 NBA Finals. After a tough seven-game battle with the Miami Heat, the Celtics are making their first finals appearance since 2010. On the other side of the scale, the Warriors are headed to their sixth finals appearance in eight years. As the team with championship pedigree, Golden State is favored in the NBA Finals odds.

The Boston Celtics have gone through battle after battle to get to where they are today. After playing Game 7’s in back-to-back playoff series, the Celtics have earned their right to be in the NBA Finals. As mentioned in my updated 2022 NBA Championship Odds article two weeks ago, I think the Celtics have a great chance to shock the Warriors. Let’s take a look at the Celtics vs Warriors NBA Finals odds.

In the NBA Finals odds, the Celtics are large underdogs. However, series prices are listed differently from book to book, allowing bettors to find good value if they simply just shop around. At this moment, it appears Caesars Sportsbook has the best odds for the 2022 NBA Finals.

For example, BetMGM has the Celtics listed as +135 to win the Finals, while Caesars has them listed at +160 (as of Monday, May 30). On the flip side, BetMGM has the Warriors listed as -165 favorites in the NBA Finals odds, while Caesars Sportsbook has them listed as -140 (as of Monday, May 30). Regardless of the team you choose to back in this series, make sure you’re shopping around for the best line available.

Can the Celtics Pull Off The Upset?

The Warriors breezed through the Western Conference Playoffs. In the first round, the Warriors beat the Nuggets in five games. Then they beat the Grizzlies in six games, eventually rolling the Dallas Mavericks in five games. After the 2019 playoffs, many people wrote this Warriors dynasty off and thought they’d never make it back to the Finals. Curry and Green were able to hold the fort down as Klay Thompson returned from injury.

This go-round is different for the Warriors. They have one of the deepest supporting casts they’ve ever had. Jordan Poole broke out this year and has become a staple in the Warriors lineup. Additionally, Andrew Wiggins has performed way beyond expectations this year and has shown that he can perform at a very high level in the playoffs.

One of the keys to victory for the Boston Celtics in this series is their size advantage. It was clear that the Dallas Mavericks couldn’t size up the Warriors in the Western Conference Finals. The Celtics will pose a much more difficult matchup for the Warriors in this series. Al Horford and Robert Williams III will wreak havoc in the paint and on the boards. Williams has proved that he is an elite rim defender and rebounder. The Warriors will have to adjust their game plan from the one they used against the Mavericks.

Jayson Tatum and Jaylen Brown have been an incredible duo throughout the 2022 NBA playoffs. After years of playoff disappointments for the two, they have found their way to their first NBA Finals. Tatum should be able to continue his dominance. The biggest question is who the Warriors will task with Jayson Tatum. Regardless, the Celtics will only go as far as their dynamic duo takes them. I like both to have a strong series.

In my eyes, the Boston Celtics and the Golden State Warriors are the two deepest teams in the league. It’s no surprise they are both here.

I like the Celtics league-leading defense to continue its dominance in this series. I think the Warriors have the firepower to exploit the Celtics, but at the end of the day, the Celtics will step up and dominate on that end of the floor. The Celtics have been really successful on the road in these playoffs, winning seven games away from the TD Garden. This is a crucial stat for me, and I think it tells you a lot about this Celtics squad.

The series will be a hard-fought back-and-forth battle between two powerhouses. However, the Celtics prevail.