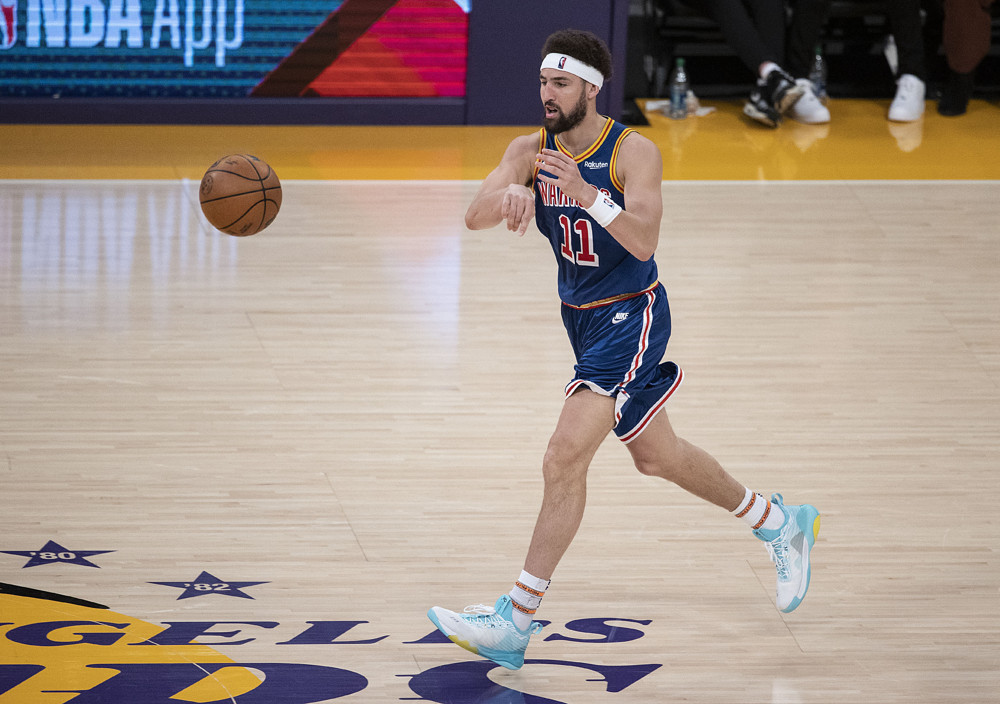 The 2022 NBA Finals kick off on Thursday, June 2, 2022 at 9:00pm EST in San Francisco. Golden State earned homecourt advantage after winning two more games during the regular season. The Celtics are up for the challenge though, they’re 7-2 on the road in these playoffs. Including winning three of four in the Eastern Conference Final in Miami. As a result, the Celtics vs Warriors Game 1 odds are tight!

The Warriors are a perfect 9-0 at the Chase Center this postseason. At home in the playoffs they are scoring 119.0 points per game and shooting 40.5% from three point land. Meanwhile their opponents are shooting just 42.4% from the field. Let’s take a look at the NBA Finals game 1 odds.

Even with Golden State being a short 3.5 point favorite at home, the 2022 NBA Finals odds list the Warriors as -155 favorites to cut down the nets as NBA Champions. If the Warriors were to do so, it’d be their fourth championship in eight years. New York sports betting markets list Stephen Curry as the favorite to be crowned NBA Finals MVP at odds of -110 at BetMGM.

The Celtics pose likely the biggest challenge of any opponent the Warriors have faced this postseason. The question is how they’ll respond to the rigors of the NBA postseason, game 1 will mark eight days since the Warriors last played, while the Celtics are fresh off of back-to-back 7 game series wins.

You can use the Caesars Sportsbook promo code ‘OWNERSBOXCZR‘ or click the banner below to back the Warriors to take game 1 but Boston to win the series at odds of +400.

The Warriors aren’t a one dimensional team by any means but the recipe to their success is their ability to score from behind the arc. In their losses this postseason they’ve shot 35% or less from deep. But now they’ll take on a Celtics team that defends the three at an elite rate, during the playoffs their opponents are shooting just 31.7% from three.

The Warriors are going to look to play their death lineup of Curry-Thompson-Green-Wiggins-Poole. This is going to pose the type of test that the Celtics haven’t seen yet in these playoffs. It’s going to force Boston to keep either or both of Al Horford and Robert Williams off the floor. Especially with Williams being well below 100% health. Look for Grant Williams and Derrick White to be on the floor more often in these matchups.

Boston has been shooting from behind the arc at a high rate as well, during the playoffs they rank 2nd in percentage of field goal attempts from three at 45.5%. Golden State defended it really well during the regular season but that hasn’t been the case in the postseason as opponents are shooting 36.5%.

These are the two best teams in defensive efficiency from the regular season and how that manifests itself in this series will be the deciding factor. The Warriors had the highest percentage of their points scored from three during the postseason and it was even higher at home. Meanwhile the Celtics have the best 3-point defense on the road this season.

That’s due in part to the tremendous defense of Marcus Smart and Derrick White, who do a terrific job chasing down defenders and avoiding screens. This is something that is crucial to the Warriors offensive attack, especially so for Klay Thompson as an elite catch and shoot scorer.

Then there is the Warriors ability to force secondary pieces to really struggle. We’ve seen Luka Doncic, Ja Morant and Nikola Jokic have their way with the Warriors, but it’s the role players that don’t do enough. The play of Grant Williams and Derrick White as perimeter scorers will be vital.

When cruising through the game 1 betting lines at Caesars Sportsbook there was one player prop that really stood out to me. Klay Thompson’s total points was sitting at 20.5. A number he’s cleared in just 6 of 16 games this postseason.

Thompson has put up a few big performances in this series, particularly in closeout games of the last two series. But he’s never cleared this number in game 1 of the first three rounds.

The Celtics pose a really stiff challenge, especially against three point shooters. Kyle Lowry and Jrue Holiday don’t have the 3-point prowess of Thompson but they were playing that second fiddle role. I think this number is a bit inflated after taking 16 three point attempts, the most of his 2022 postseason in game 5 of the Western Conference Finals.

BetMGM is offering this prop as well, but at -115 in the Celtics vs Warriors Game 1 odds. Be sure to shop around at different online sportsbooks for best line prices.