Cavaliers vs Raptors Odds, Pick, and Prediction For Home Opener 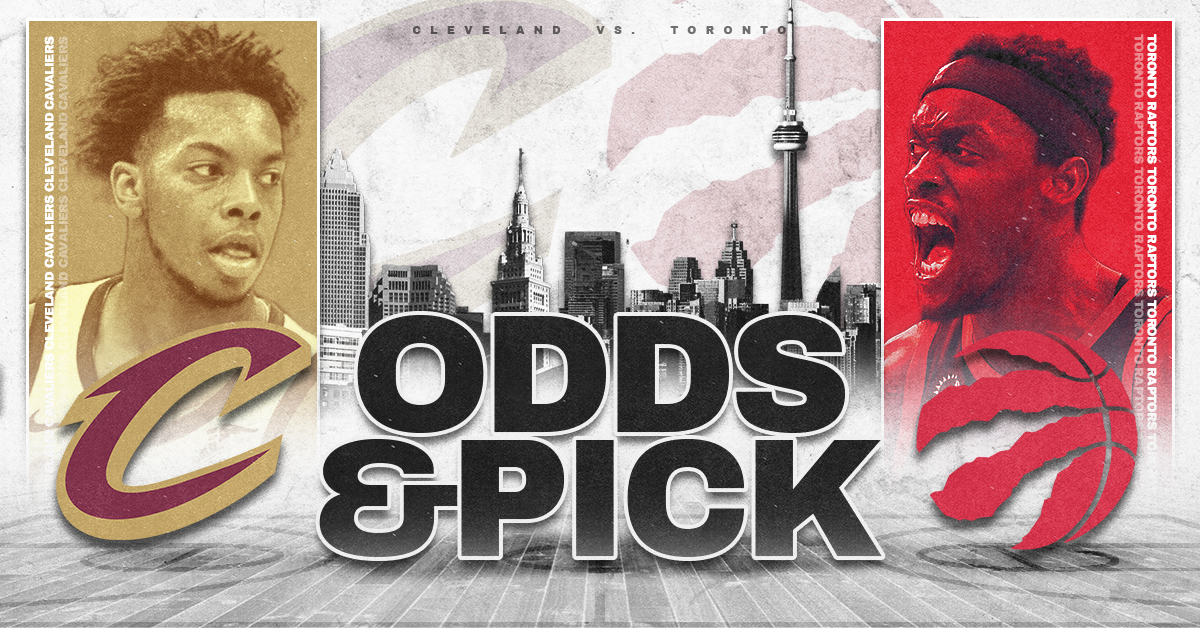 Two Eastern Conference contenders take the court Wednesday when the Cavs travel up north to face the Raptors. Cleveland is still searching for its first postseason berth without LeBron James in more than 20 seasons, while Toronto and 2022 Rookie of the Year Scottie Barnes will look to take the next step in their quest for a championship. On Wednesday night, Toronto are favored in the Cavaliers vs Raptors odds.

Let’s take a look at the Cavaliers vs Raptors odds at PointsBet as we breakdown our best NBA pick for this game.

Use the BetMGM bonus code ‘OWNERSBOX‘ and get a risk-free bet up to $1,000 for Cavaliers vs Raptors, and more daily NBA bonuses everyday.

Ontario sports betting markets put the spread at 3.5 in the Cavaliers vs Raptors odds. With the Raptors as the favorites, they would need to win by four to cover the spread. BetMGM offers a number of NBA markets, including player props for all games this Wednesday.

To say the Cavaliers won the NBA offseason wouldn’t be an overstatement. Cleveland traded Lauri Markkanen, Collin Sexton, Ochai Agbaji, and picks to the Jazz for All-Star guard Donovan Mitchell while keeping the core of Darius Garland, Jarrett Allen and Evan Mobley intact. Cleveland’s new starting five (which will include either Caris LeVert or Isaac Okoro) is one of the most talented in the East, and a trip to the playoffs is sure to be in the cards after narrowly missing out last season.

Cleveland is slated as a road underdogs in the Cavaliers vs Raptors odds.

Four years ago since the Kawhi laugh 😂

No team’s starters played more minutes than Toronto’s last season. Pascal Siakam and Fred VanVleet tied for the NBA lead in minutes per game (37.9), while Scottie Barnes finished ninth with 35.4. The entire starting five – including Gary Trent and OG Anunoby – will be back for another run after a 48-34 season and a first-round playoff exit.

Cleveland went 3-1 against Toronto straight up last season and covered in all three wins. The addition of Mitchell gives Cleveland one of the best 1-2 punches in the NBA, and it will be difficult for Toronto to contend with the scoring and playmaking of Mitchell and Garland and the stifling defense of Mobley and Allen. Cleveland is the better team, and they’ll prove that Wednesday with a victory.

Take Cleveland outright in the Cavaliers vs Raptors odds at +125 at BetMGM.

Ohio online sports betting markets are coming soon to bettors. Cavs bettors will be placing wagers on their team come 2023.

Darius Garland broke out last season and earned his first All-Star selection behind robust averages of 21.7 points and 8.6 assists. Now that he’s paired with Mitchell in the backcourt, many are expecting him to fall off, but we can’t erase last season’s production.

Garland may take a step back in usage, but he’s still an elite scorer and facilitator with an All-Star teammate to feed. Garland’s assist prop is set at just 7.5 in the Cavaliers vs Raptors odds, more than one dime below last season’s average. He dished at least eight in all four matchups with Toronto last season, and I expect him to do it again in this one.