The NBA season is winding down, but there’s plenty of drama for the end of the regular season and beyond. The top-5 seeds in the East are separated by just 4.5 games, and there should be a mad dash to the finish. Phoenix sits comfortably atop the Western Conference standings, but after that, there’s plenty of parity. With so much uncertainty, let’s take this opportunity to dive into the top NBA futures bets from our friends at BetMGM.

Note: Some awards (Sixth Man and Most Improved Player) were excluded because those have essentially been decided 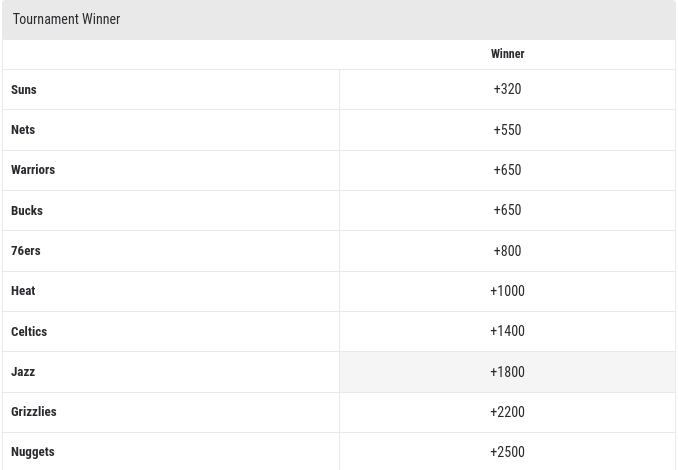 The Suns are the betting favorites, as they should be. They’re the team I’d put all my money on if I was forced to choose just one squad. They own the best record in the NBA by a comfortable margin and have continued winning in stretches missing their best two players. Phoenix is 10-4 without Chris Paul and 8-3 without Devin Booker. This is a deep roster that excels on both ends of the court.

I’ll have no part of Brooklyn or Memphis. The Nets have the second-best odds to win the title despite the fact that Kyrie Irving will be unavailable for at least two games a series, and the 25-year-old Ben Simmons still isn’t ready to take the court. No thank you. The Grizzlies are the feel-good story of the year, and Ja Morant should easily win Most Improved Player and get some MVP votes in the process. This team is built to succeed for years to come, but I wouldn’t count on it beating out the likes of Golden State or Phoenix just yet.

Don’t look now, but Boston sports the best defense since Jan. 1, allowing just 105.6 points per game and a 49.2 eFG%, both tops in the NBA. Boston is 28-9 in the new year, behind only Phoenix (31-6) for best record in that span. The C’s have a tremendous defense, a superstar in Jayson Tatum, a strong number two in Jaylen Brown and a dynamic frontcourt tandem in Al Horford and Robert Williams. Don’t sleep on Boston who is +1400 to win the title.

Denver has been great this season thanks to the tremendous play of Nikola Jokic, but the Nuggets could get Michael Porter Jr. back as soon as next week and Jamal Murray back in time for the playoffs. MPJ has missed most of the season, while Murray hasn’t played since suffering a torn ACL last April. If both are available for the postseason, Denver would be a lethal force. 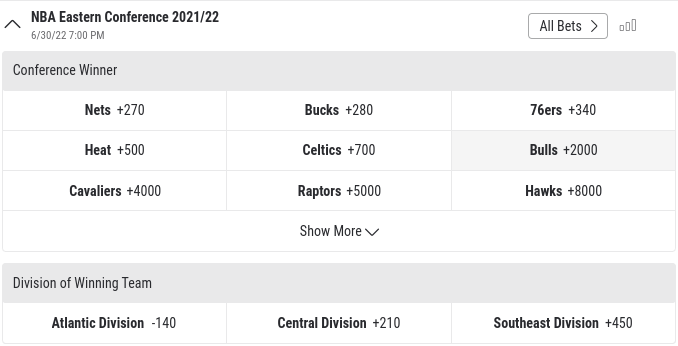 The Nets are somehow the favorites despite going 15-24 over their last 39 games. There are quite a few glaring holes with this team, including Kyrie Irving’s absence for home games, no Ben Simmons and inconsistent scoring beyond Kevin Durant. Unless Simmons returns soon or New York lifts its vaccine mandate for Irving, betting on the Nets to win the East is not a wise use of your money. The best bet to win the East is Milwaukee, followed closely by Philadelphia, but there are at least four teams with a legitimate shot to win the Conference.

Miami is the top seed in the deepest Eastern Conference we’ve seen in years. Not only do the Heat have a commanding defense, but the team features superstar Jimmy Butler, two-way stud Bam Adebayo, and soon-to-be Sixth Man of the Year Tyler Herro. The offseason additions of Kyle Lowry and PJ Tucker have proven to be quite beneficial, while guys like Gabe Vincent, Caleb Martin and Max Strus have made meaningful contributions when needed.

For the division bets, it makes sense to go with the Central Division at plus-money odds rather than the Atlantic Division. The Central has Milwaukee, Chicago and Cleveland, while the Atlantic has the 76ers, Nets and Celtics. Steer clear of the Southeast Division, as the odds are +450, and you’re essentially betting on the Heat. None of Charlotte, Atlanta or Washington have a prayer, and I’d much rather take Miami at +500 and get a little more bang for my buck. 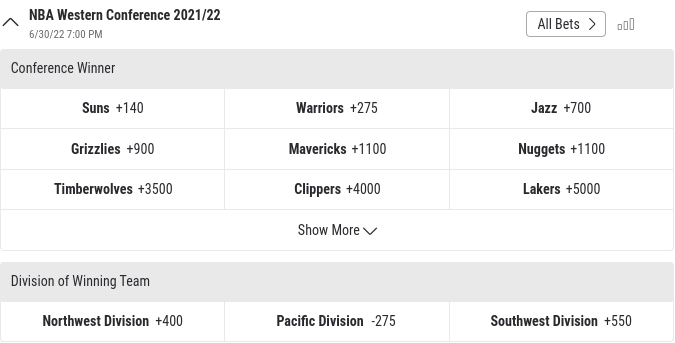 The Mavs’ defense has been stellar this season, and Luka Doncic is… Luka Doncic. It’s easy to consider a team with one of the best players and a strong defense a true title contender, but Dallas is not. This team has gotten the most out of Spencer Dinwiddie since the trade deadline, and Jalen Brunson has played his way into the Most Improved Player conversation. Still, Doncic is the only consistent source of offense, and the team goes as he does. He might be able to carry Dallas into the second round, but can the Mavs beat Phoenix or Golden State in a seven-game series? Abso-notley.

The Jazz are just 19-18 over the last 37 games, and the Lakers… well, there’s not much to say about this lost season other than LeBron continues to defy age and any other preconceived notions we have about excellence and longevity. Investing in either team is a money pit. The weather’s warming up, so treat yourself to a case of a nice summer shandy rather than wasting that money on Utah or Los Angeles.

The Timberwolves are tied with the Celtics for most wins since the All-Star break with 11, and Minnesota is 26-12 since Jan. 1. The team’s defense is much improved in 2022, allowing the 10th-most points per possession at 111.6 and ranking second in TOV% at a healthy 15.6. The Wolves have a budding star in Anthony Edwards, strong play from guard D’Angelo Russell, veteran leadership and defense from Patrick Beverley, and last week’s Western Conference Player of the Week Karl-Anthony Towns, who was the first player to score 60 in a game this season. When this roster is healthy, it can go toe-to-toe with any team in the league, so if you’re looking for a longshot, Minnesota is your team.

If you’re betting on a division here, Pacific is the only way to go. Phoenix and Golden State both hail from this division, and one of the two will be making its way to the Finals this season.

Rookie of the Year

This is a two-man race, and Cade Cunningham isn’t one of the two. Evan Mobley is the clear betting favorite, a position he’s held for almost the entire season, however, Scottie Barnes is making a huge late-season push. Over the last 30 days, Barnes has averaged 18.5 points, 8.4 boards, 3.6 assists, 1.5 steals and 0.9 blocks while shooting 53.3% from the floor. Cade has made a push of his own, but the overall body of work points to Mobley and Barnes as the top choices here. If you want to bet on anyone but Mobley, Barnes is the easy choice.

Another two-man race, though Giannis Antetokounmpo still has a marginal shot to close the gap. Jokic leads the NBA in double-doubles and triple-doubles and trails only Rudy Gobert for league-lead in rebounds per game. He’s been the driving force of a Nuggets team that is playoff-bound despite missing Michael Porter Jr. and Jamal Murray. Embiid could become the first center since Shaquille O’Neal (’99-00) to win the scoring title, and his dominant efforts have kept Philly winning all season despite missing Ben Simmons and only recently adding James Harden. Morant, Harden and DeRozan should all garner votes, but invest your money into Embiid or Jokic.

Defensive Player of the Year

This is probably the most difficult award to project, but there are two guys I’ll steer clear of right off the bat: Bam Adebayo and Draymond Green. Both are phenomenal players, but it seems unlikely that either will win the award based on the amount of games each has missed. If Bam plays each of the Heat’s last 10, he’ll have only 57 of 82. If Draymond plays every game until the end of the season, he’ll have 48 of 82.

This looks like a three-man race between Rudy Gobert, Giannis Antetokounmpo and Mikal Bridges, but I’m inclined not to bet on Gobert either. He’s won the award three times now, and voter fatigue, as well as strong play around the league, will likely sap his chances. Giannis Antetokounmpo and Mikal Bridges are the two best bets here, and I lean Bridges. Phoenix is the second-best defensive team in the league, and Bridges is usually tasked with guarding the opponents’ best player. His team has the best record in the NBA, which further adds to his case for voters. 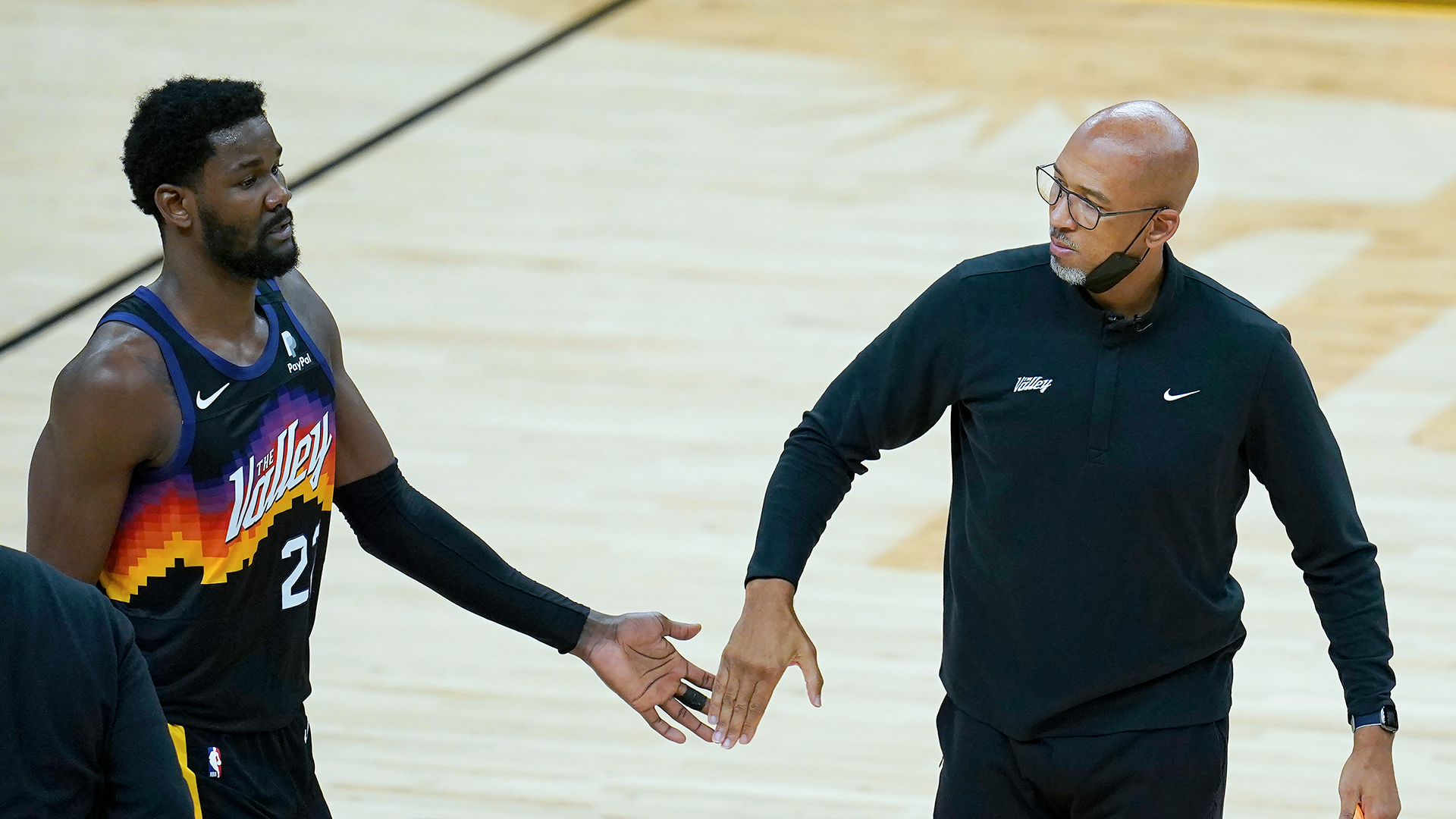 Coach of the Year

Monty Williams leads the pack comfortably, and he’ll most likely win this award. Phoenix has already blown past its preseason wins projection of 51.5, and the team is nine games up on 2-seed Memphis in the West. The Suns are third in offensive rating (114.5) and second in defensive rating (106.1) and are the only team in the NBA to be top-5 in both categories.

Cleveland has surged past its preseason projection of 26.5 games, and the Cavs are one of the best surprises in the NBA this season. The Cavs sport a strong defense, spearheaded by the tremendous frontcourt of Jarrett Allen and Evan Mobley. Darius Garland was named to his first All-Star team and should get some votes for Most Improved Player, and Kevin Love has been one of the best Sixth Men in the NBA. The Cavs last went to the playoffs without LeBron James in 1998, and Bickerstaff has his team in a position to not only make the postseason but to make a run as well.

Boston is just 2.5 games out of the No. 1 seed in the East, and if the Celtics finish as the best team in the conference, Ime Udoka might have a shot at winning this award. It’s a slim chance, but Boston’s first-year head coach has turned this team into a defensive juggernaut that could win 50 games.

Follow our NBA page to stay up to date on all things NBA and cash your bets with our partners at BetMGM!