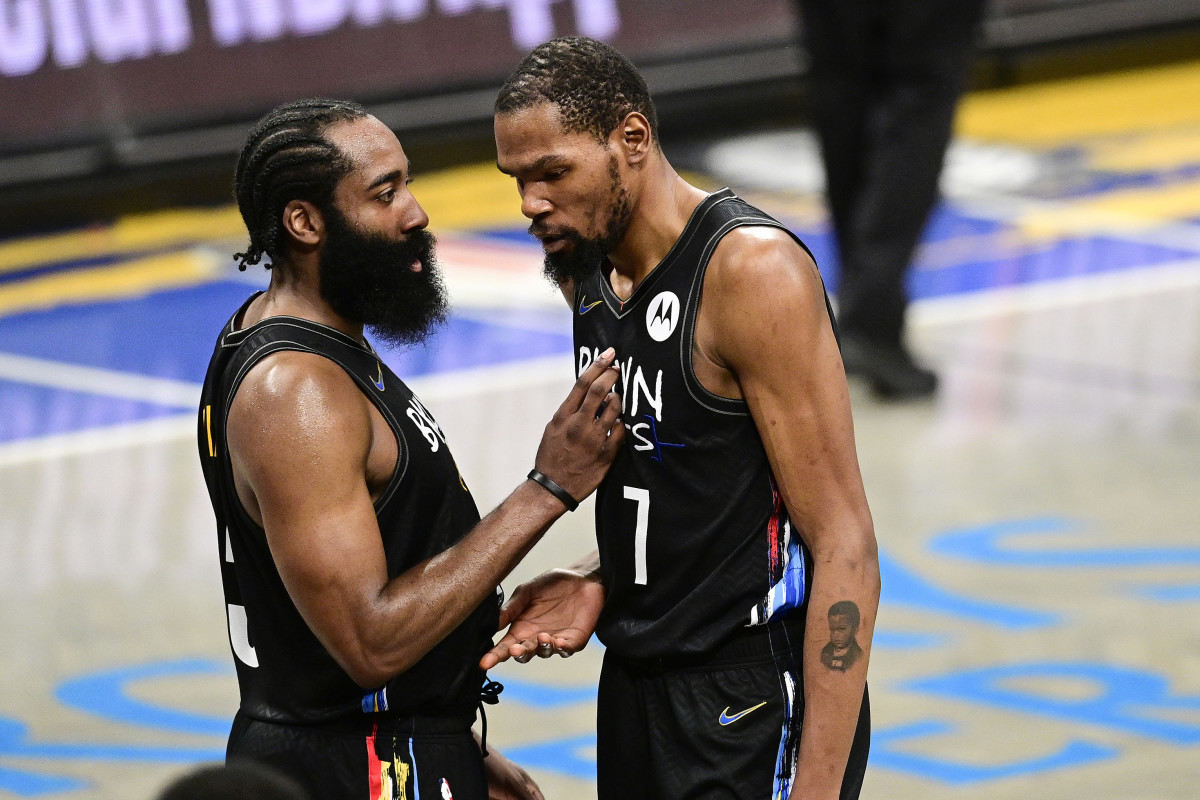 The opening week of NBA action certainly didn’t disappoint! There were overtime thrillers, rookies who shined, and emerging contenders. There’s a lot to unpack from Week 1, but I broke down my top-5 takeaways below. Let’s go!

No Cade, No Problem

Cade Cunningham didn’t play this week, but there was no shortage of huge rookie performances. With the No. 1 pick sidelined, here’s how some of the other top selections fared in their first week of professional action.
Spoiler alert: The Association is in good hands. 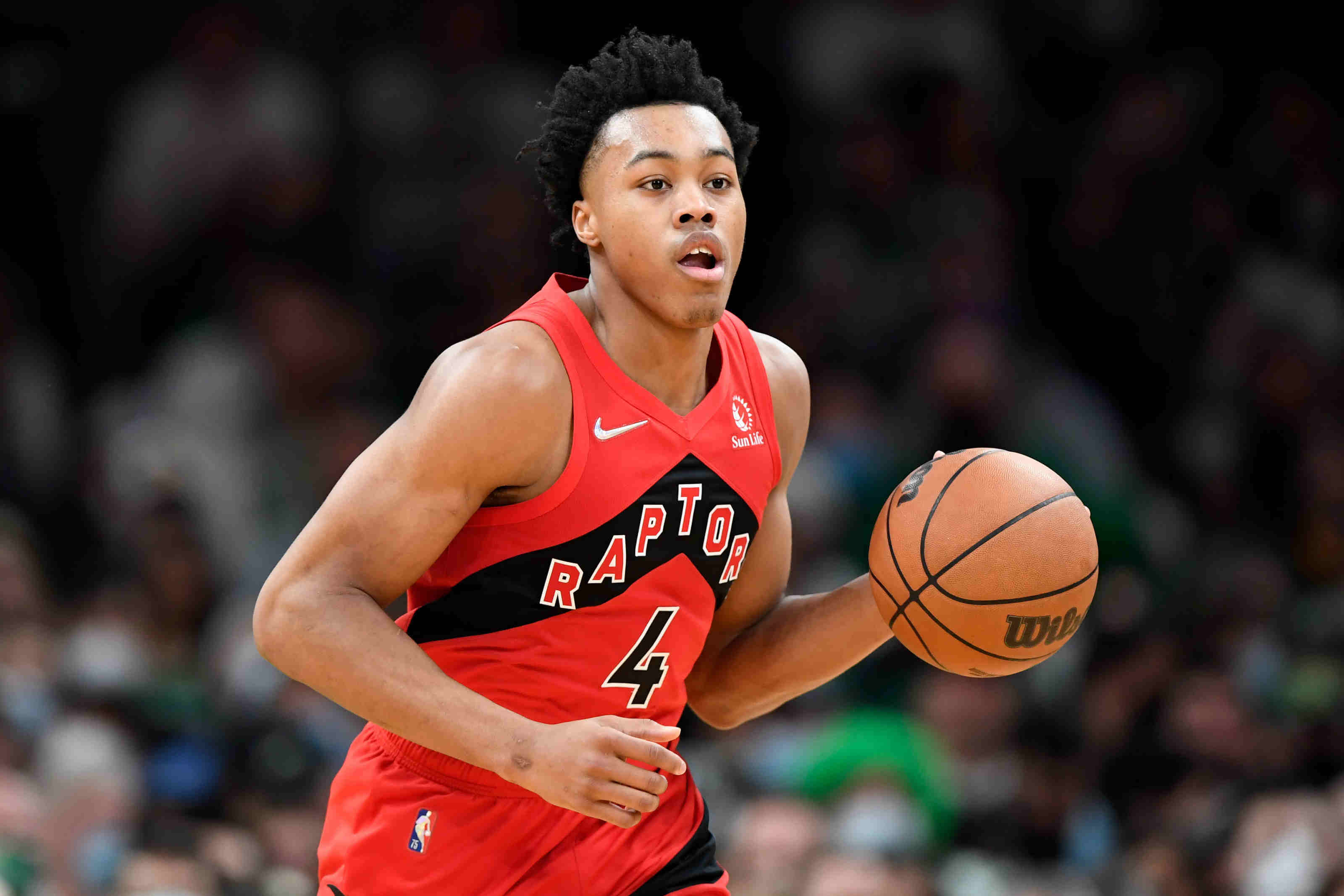 Scottie Barnes: Averaged 18 points and 10 boards over his first three games, including a 25/13 performance in the Raptors’ dominant win over the Celtics.

Chris Duarte: Burst onto the scene with some huge games and averaged 20.3 points, 4.7 boards, 2.3 dimes, 1.0 steals, and 3.7 triples. He’s averaged nearly 40 minutes per game and has been given the green light to shoot triples and take big shots. His age was a hot topic around Draft time, but the extra years in college appear to have been highly beneficial. He’s my top-performing rookie of the week.

Evan Mobley: Mobley has been a monster on both ends of the court, and he looks like the real deal for Cleveland. Through the first week, Mobley’s averaged 15.7 points, 8.3 boards, 3.6 combined blocks/steals, and 3.0 dimes while leading the Cavs in minutes and posting a massive double-double in a victory over the Hawks (17/11 with four swats).

Josh Giddey: He started slow but closed Week 1 on a good note, posting 19 points, eight boards, seven dimes, and four swipes against the Sixers on Sunday. The Thunder were blown out in the first two games, but when competitive, Giddey saw 34 minutes and played solid basketball.

Jalen Green: It was a bit of a slow start for the No. 2 pick, but he certainly closed out Week 1 with a bang. Green set the Rockets’ rookie record for most threes made in a game with eight.

Davion Mitchell: Mitchell was a premier defender at Baylor, which boosted his draft stock significantly. Through preseason play and opening week of the regular season, he’s shown that he can be a tremendous defender at the NBA level, taking on the task of guarding some of the Association’s best players and holding his own.

Before the season started, two of the favorites to win the NBA Championship were the Nets and Lakers. Fast forward a week into the season, and you’d be hard-pressed to find anyone willing to plunk down their hard-earned money on either struggling squad.

The Lakers ended Week 1 with a three-point win over the Grizzlies, but a lot of things had to go right for that ‘W’ to happen. Carmelo Anthony erupted for 28 points in 28 minutes, a scoring mark he hit just once across 69 games a season ago. Ja Morant – who went for 40 points – missed a game-tying free throw with 2.5 seconds left (after going 9-for-10 prior to that attempt), and the Lakers shot lights out from beyond the arc.

LeBron and Co. end Week 1 with a 1-2 record that could very well be 0-3 after losing handily to the Warriors and Suns in their first two games. This does not look like a championship squad.

Brooklyn on the other hand looks just as bad. Kevin Durant has played masterfully as he usually does, and James Harden has done his part, but the Nets’ role players and bench offer very little to keep the team competitive. After a 23-point loss to the Bucks on opening night, Brooklyn narrowly edged out Philly before closing the week with a 16-point loss to the Hornets on Sunday. 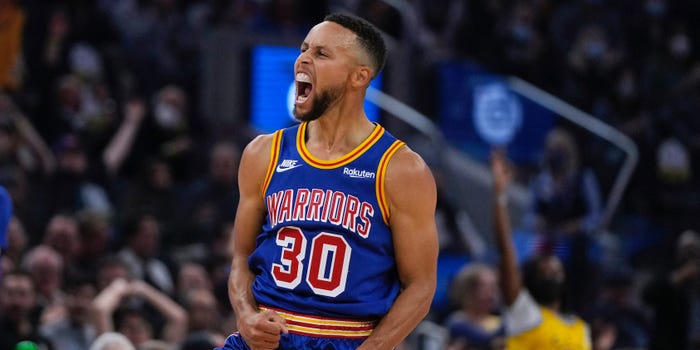 Is Golden State Back?

Golden State’s so-called dynasty ended when Kevin Durant left the team in 2019, and the Dubs haven’t been back to the playoffs since. A 2019-20 hand injury cost Steph Curry most of that season while lingering injuries have cost Klay Thompson the last two seasons.

The Warriors ended last season with a play-in game loss that cost them a trip to the postseason, but through Week 1, the Bay is rocking as the Warriors sit at 3-0 after wins over the Lakers, Clippers, and Kings. That’s not stiff competition by any means, but a win is a win.

Unsurprisingly, Steph Curry has already put the team on his back and is averaging a gaudy stat line, but Golden State has gotten meaningful contributions from its role players, too. Jordan Poole has stepped up in a starting role while Draymond Green and Kevon Looney have anchored the frontcourt admirably. Newcomers Otto Porter and Nemanja Bjelica have played well in their limited roles, while Andre Iguodala has settled in nicely with his former team.

Three of the team’s next five games come against the Pelicans and Thunder, but there are two matchups I’ll be keeping a close eye on: Thursday against Memphis and next Wednesday against Charlotte. If Golden State can win or at least be competitive in those, it may be a real sign that this team is a contender once again.

Bright Spots Among the Tankers

Several teams are in clear rebuild mode, and their records back that up. Orlando, Oklahoma City, Detroit, and Houston are all looking to the future, and they have combined for a 2-9 record through 11 games played. Despite the poor 2021-22 records, there have been some bright spots for all four squads.

Orlando has gotten strong play from holdovers Mo Bamba, Cole Anthony, and R.J. Hampton, while Jalen Suggs and Franz Wagner have gotten their rookie seasons off to a great start. Jonathan Isaac could be a foundational player, and the Magic are hoping to get him back sooner than later.

Shai Gilgeous-Alexander looks like he’ll be a star in the NBA for years to come, but he’s got a nice supporting cast around him, too. Oklahoma City has built a nice core of really young talent with the likes of Aleksej Pokusevski, Theo Maledon, Josh Giddey, Darius Bazley, Lu Dort, and Tre Mann. Don’t forget the stockpile of draft picks!

We haven’t even seen Cade Cunningham at the NBA level yet, but his teammates have shown a ton of promise. Saddiq Bey, Isaiah Stewart, and Jerami Grant comprise an elite core, while guys like Killian Hayes, Josh Jackson, and Hamidou Diallo could be solid role players in the future.

Houston may be the most exciting team in this group based on the players they’ve brought in. Jalen Green is an electric scorer, Kevin Porter Jr. is a strong scorer and facilitator, Christian Wood is an absolute beast from the center position, and guys like Jae’Sean Tate and Alperen Sengun look like they could be strong starting options for this season and beyond. 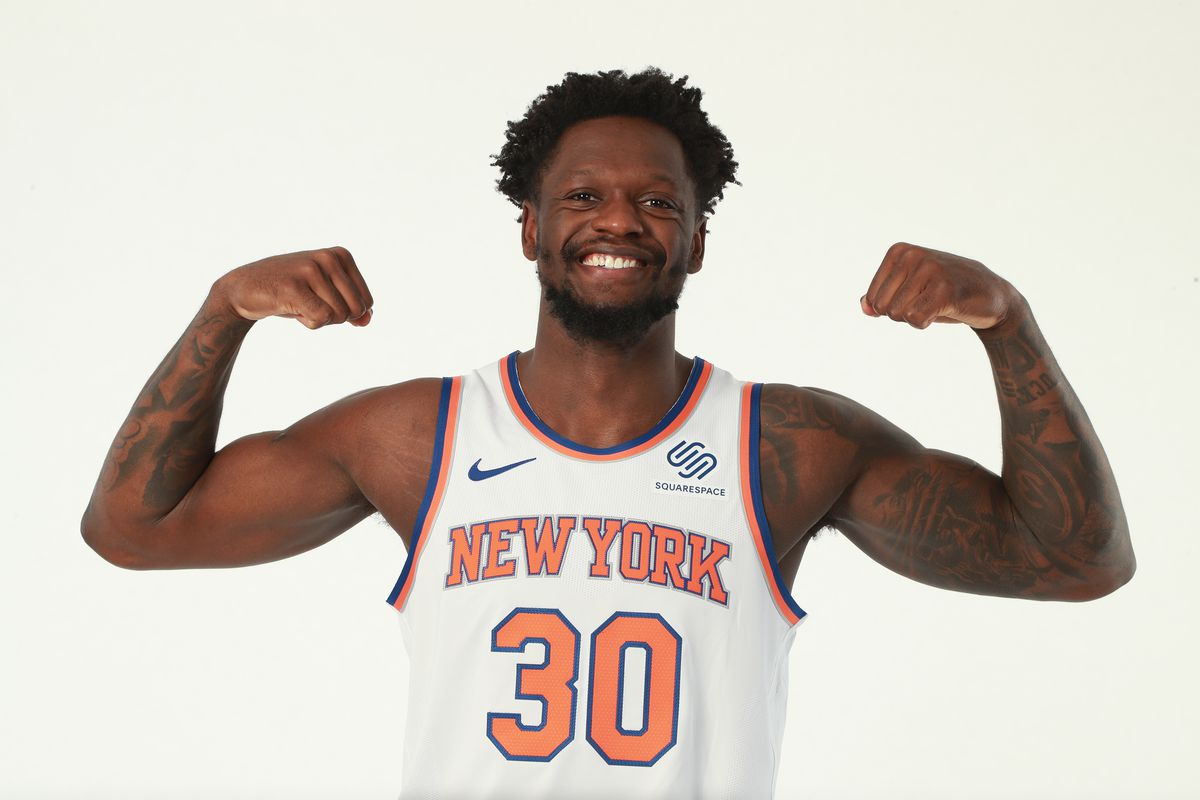 New Faces at the Top

It’s been quite the week for some teams who have been at the bottom of the standings or just on the cusp of a postseason berth frequently over the last decade. Is it time for that to change in 2021?

After nabbing a four seed and a trip to the NBA Playoffs behind Julius Randle’s massive season and “Most Improved Player” honors, the Knicks look ready to carry that same momentum into 2021-22. New York ended Week 1 with a 2-1 record, and Randle has been incredible. Kemba Walker and Evan Fournier have been integrated smoothly, and Derrick Rose looks to still have some juice.

Both the Bulls and Hornets are 3-0. It’s a strange sentence to write, or is it? Chicago loaded up on talent in the offseason by adding Lonzo Ball and DeMar DeRozan to an already-talented core of Zach LaVine, Nikola Vucevic, and Patrick Williams. Preseason expectations were high, and Chi-Town has a basketball team that should be playing postseason basketball.

Charlotte lost Malik Monk and Devonte’ Graham in the offseason, but the team brought back the rest of its core and added Kelly Oubre to an already-promising roster that includes last season’s Rookie of the Year, LaMelo Ball. What’s most impressive is that Charlotte is 3-0 without much from Terry Rozier. Once he returns, this team could be even better.

A loaded team from top to bottom, Charlotte finally addressed its glaring deficiency at center by bringing in Mason Plumlee and drafting Kai Jones. This Hornets roster is among the best in the league.