What We’ve Learned 1 Year Since The Thom Brennaman Incident

I pride myself and think of myself as a man of faith, as there’s a drive into deep left field by Castellanos, it will be a home run, and so that will make it a 4-0 ballgame.

The funniest words ever spoken on a live broadcast being interrupted by a Nick Castellanos home run was the highlight of the 2020 MLB season personally, but what have broadcasters learned 1 year since the anniversary of the Thom Brennaman incident?

The answer is absolutely nothing.

Before I get into the mishaps of announcers, I would like to comment on how often Nick Castellanos hits homeruns while bad things are happening in the world. 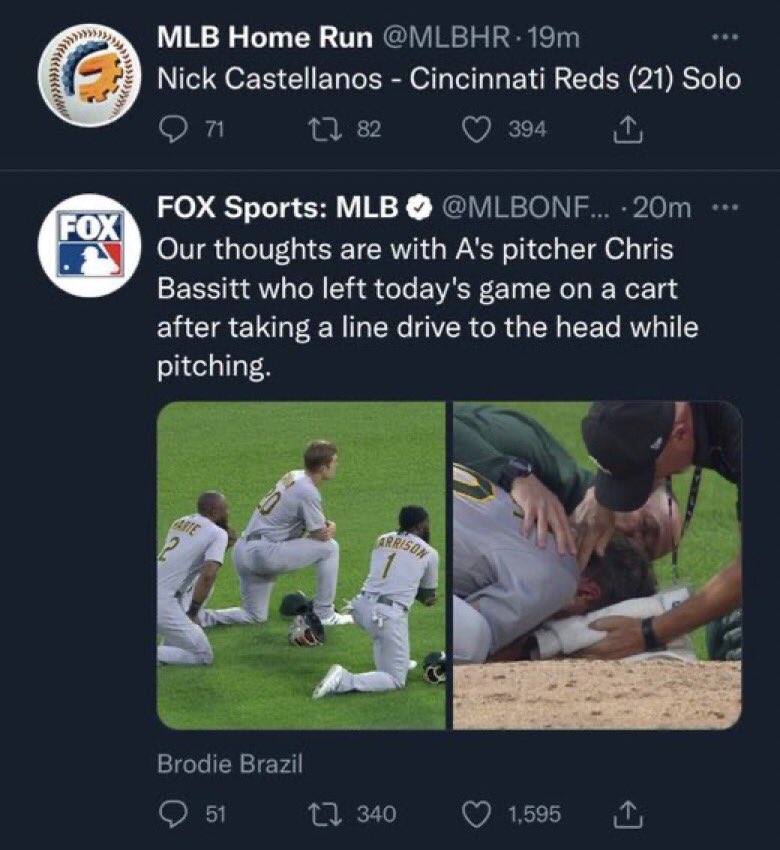 For example, Chris Bassitt was hit in the head with a comebacker this week and this ill timed screenshot was taken right after the incident. Or the fact that Nick Castellanos hit his first professional home run on the day that Osama Bin Laden was killed.

Here is that 21st home run.

But what does that have to do with broadcasters messing up?

Well sure looks like it’s time for the bi-annual firing in the @Tigers TV booth as Jack Morris 1) does some kind of mocking Asian accent while describing Ohtani; and 2) issues a pathetic “sorry if YOU were offended” non-apology apology #HitTheRoadJack pic.twitter.com/qwWk0pjKoG

Do broadcasters not understand that people watch these games nationally? What are they thinking? It’s time to get these old men out of the booth. And why does Nick Castellanos always homer when these things are happening? It is something I’ll never understand, but adds another layer to the most interesting sport there is. The broadcast world has learned nothing from Mr. Brennaman and that disappoints me.

On a somewhat lighter note, here’s another classic from our sweet prince, Thom.