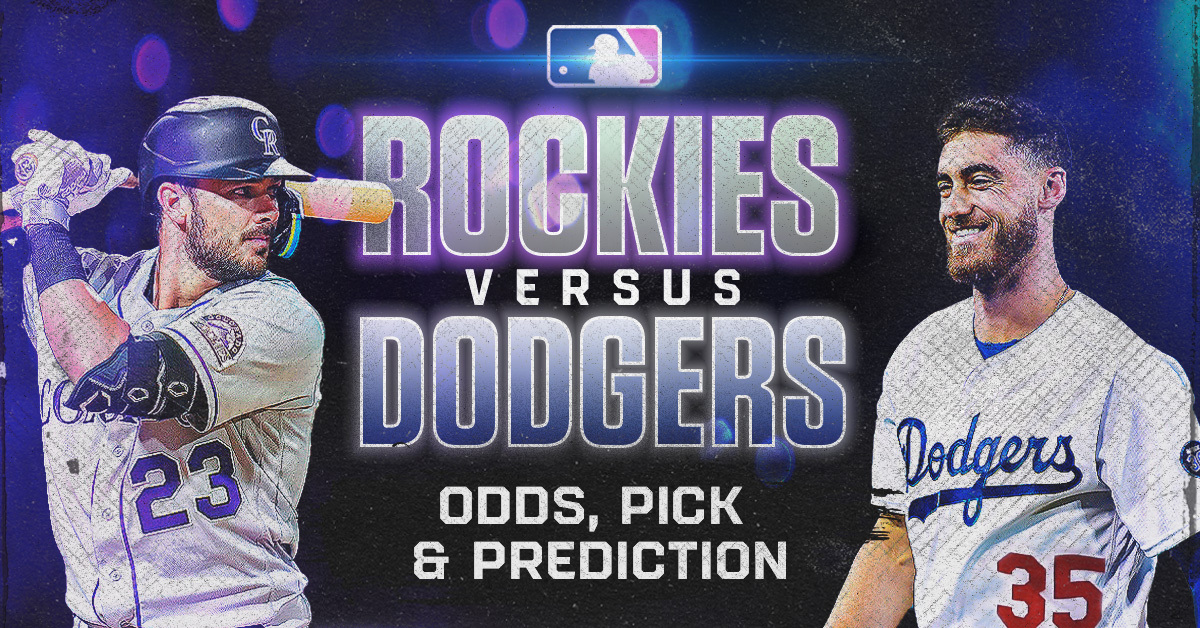 The Colorado Rockies and Los Angeles Dodgers square off on Wednesday, July 6th, with the first pitch set at 10:10 PM ET. The Rockies will start Jose Urena (0-0, 3.52 ERA), and the Dodgers will roll out Mitch White (1-1, 3.93 ERA). The game will be played at Dodger Stadium in Los Angeles. The road team is listed as heavy underdogs in the Rockies vs Dodgers Wednesday MLB odds.

Let’s take a look at the Rockies vs Dodgers odds at BetRivers for Wednesday night as we pinpoint the best pick for this MLB matchup.

BetRivers Colorado list the Rockies to lose by 1 or less at +135. Jose Urena hasn’t had much time up in the majors recently, so the line has been adjusted accordingly as the Rockies have a tough matchup on the road.

Get the BetRivers promo code for July and unlock a $250 free bet for the Rockies vs Dodgers game on Wednesday night!

This is Urena’s first start since August of 2021, and he faces a tall task against the National League-leading Dodgers lineup. The Dodgers have scored 403 total runs this season, which ranks them second in MLB. Oddsmakers seem to be well aware of this as Colorado is pegged as massive underdogs at +250 in the Rockies vs Dodgers odds.

José Ureña is here with the #Rockies. Just taxi squad for now but could be taking Senzatela’s start on Wednesday

Antonio Senzatela was initially slated to start Wednesday’s matchup against the Dodgers, but a back injury has forced him to miss a few starts. The Rockies need Urena to be good today if they want to beat the Dodgers.

The MLB public bettors are going to be all over the Dodgers today. If you’re willing to take the risk and back Urena on the road, it will pay out very nicely if the Rockies find a way to steal a win.

Looking at the odds, there’s really no value in the Los Angeles Dodgers in Wednesday’s MLB odds. They sit at -335 on the money line and -175 to win by 2. This is one of those games where you should dive deeper into the total to see if you can find an edge.

Mitch White will get the ball for the Dodgers on Wednesday night. White is coming off a start where he only gave up one run, and I expect him to keep it rolling against a weak Rockies lineup.

When diving deep in this game, finding a way to back the Los Angeles Dodgers on the money line or run line is impossible. There’s just too much juice on both lines for me to be comfortable. We will turn to the total in Wednesday night’s matchup.

Mitch White has been a solid piece for the Dodgers rotation that has dealt with injuries all season long. His WHIP sits at 1.20, and he has been a good innings eater for the Dodgers. White can go five or six innings strong, then hand the ball off to the bullpen, which ranks top five in Major League Baseball.

I will be locking in the Under 9.5 at -117 in the Rockies vs Dodgers odds at BetRivers.

Get the BetRivers promo code for July and unlock a $250 free bet for the Rockies vs Dodgers game on Wednesday night!