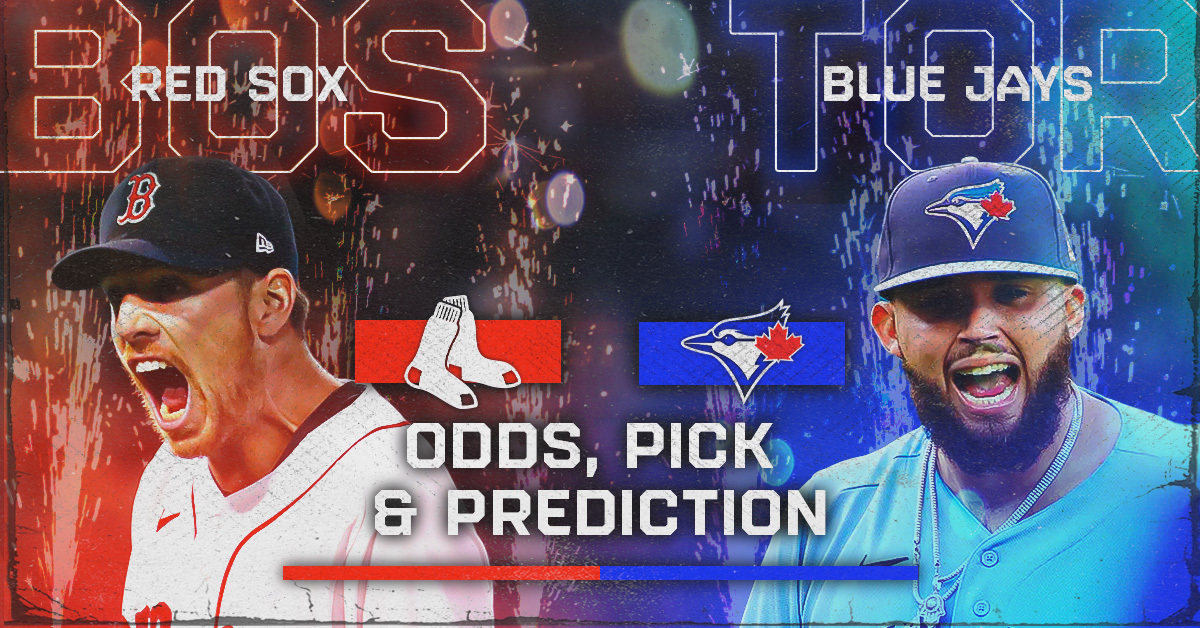 The American League wild card race is going to an interesting one, with AL East having a lot to do with it. The Blue Jays, Red Sox and Rays currently hold the three spots, making their bevvy of matchups this season plenty meaningful. The Red Sox find themselves looking to avoid a sweep but the Red Sox vs Blue Jays odds at PointsBet Ontario don’t like their chances with Alek Manoah on the hill for Toronto.

Manoah is listed as one of the favorites in the American League Cy Young odds, he currently sits at +550 at PointsBet. Trailing only Shane McClanahan and Justin Verlander. But Boston will be putting their best foot forward on Wednesday night at the Rogers Centre, with Nick Pivetta going for the Sox. Pivetta has authored a 3.25 ERA in 88.2 innings this season.

The Blue Jays have been pretty dominant in this season series, having won 7 of the 9 matchups they’ve had. They’ve enjoyed matching up with Boston at home, winning 5 of 6 in Toronto. The best Toronto Blue Jays sports betting sites list Manoah to record a win at +105 in the Red Sox vs Blue Jays odds. He needs to pitch at least 5 innings with the Jays holding the lead for the remainder of the game for this wager to win.

Toronto has already seen Nick Pivetta twice this season and roughed him up in both. He allowed 7 runs across 8.2 innings, including 10 hits. The top of the Blue Jays order, George Springer and Bo Bichette specifically, have hit him hard. The two are a combined 14/31 with three home runs and 9 RBI’s against Pivetta.

Nobody enjoys their home park against right handed pitchers more than Toronto. The Blue Jays have a league best .289 batting average, as well as ranking 2nd in both OPS and wRC+ against RHP at home. They get on these righties early too, with the most first inning runs scored at home.

Having Manoah on the hill gives the Jays that extra boost, his opponent hard hit rate is among the top 2% of pitchers in Major League Baseball. That is an important stat at a hitter friendly ballpark like the Rogers Centre and against a Red Sox team that is top-5 in expected slugging this season.

Pivetta’s struggles against Toronto don’t come as a surprise. He’s a fly ball pitcher who’s hard hit rate is 9% above the league average and in just the 14th percentile of MLB. Teams have been hitting him hard, but he’s executed some timely pitches in big moments to avoid crooked numbers. But against a Blue Jays team that hits the ball harder then anyone in the league, it’s not a great recipe for success.

The Red Sox have fared well on the road this season, other than in Toronto, with a 22-17 record. They haven’t been as good as road underdogs though, going 11-14. Manoah went 7 innings, allowing 0 runs on just 3 hits in a Jays win.

The Red Sox have typically fared well against right handed pitchers this season though, ranking in the top-10 in all of the major hitting categories like OPS, AVG and wRC+. Rafael Devers is 1/6 against Manoah in his career but this season is hitting .332 with 14 home runs against RHP.

With how well the Blue Jays matchup against Pivetta and Alek Manoah being on the hill, I’m looking at Toronto as the place for a wager. There are a few interesting markets at PointsBet Ontario that I have my eye on.

The Blue Jays are listed at -115 odds to be the first team to score in this game. With how well the top of the Jays order in Springer and Bichette have hit against Pivetta I like them to score early in this one. Doubling down on these numbers I’m also looking at George Springer to hit a home run. His odds to do so are +350 in the Red Sox vs Blue Jays odds.