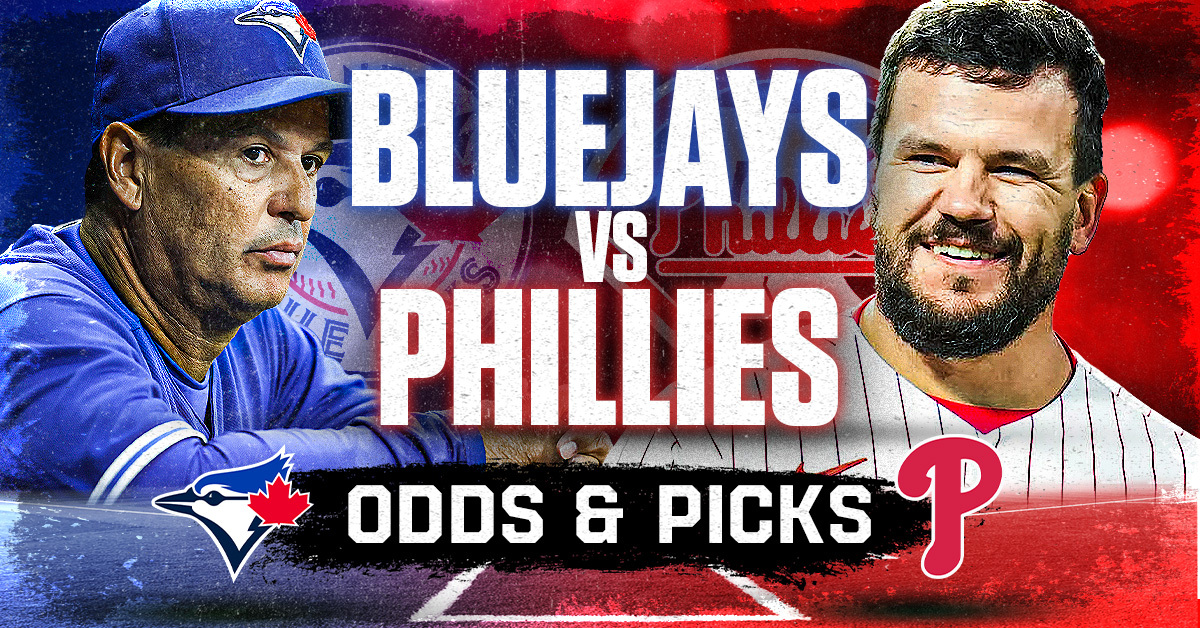 The struggling Blue Jays play host to the Phillies in the first game of a two-game interleague set. With a bunch of Phillies players headed to the restricted list, it will be interesting to check how the betting markets adjust to a Phillies team down some of it’s better players. First pitch is set for July 12th, 2022 at 7:07 PM EST at Rogers Centre with Toronto pegged as home favorites in the Phillies vs Blue Jays odds.

Let’s take a look at the Phillies vs Blue Jays odds at PointsBet for Tuesday night as we pinpoint the best pick for this MLB matchup.

Odds are courtesy of PointsBet Ontario

Ontario sports betting apps list the Jays to win by two or more runs at +100. With the Phillies fielding a lesser lineup, Toronto has become big favorites.

J.T. Realmuto said he consulted with doctors he knew and decided he did not need a COVID vaccine. He will forfeit close to $260,000. "I'm not going to let Canada tell me what I do and don't put in my body for a little bit of money," Realmuto said. "It's just not worth it."

On opening day these two team boasted some of the best lineups in all of baseball, and throughout some of the ups and downs, still have some of the best bats in baseball. The Blue Jays rank 4th in OPS, 2nd in average, 9th in runs and 6th in homeruns.

The Jays are 5th in WOBA (.328) and have a team wRC+ of 110 which is 6th best in baseball. For a team that has been largely underperforming for most part of the season, they really haven’t hit poorly at all, besides with runners in scoring position for the most part. The pitching staff is what has largely hurt this team, the staff has a 8.4 K/9 which is 17th in baseball, 21st in ERA at 4.13 and a FIP of 4.04.

The Blue Jays are coming into this game playing by far their worst baseball of the season. The Phillies also come into Toronto with some distractions, as the always popular mandatory vaccine restrictions have some of their better players on the sidelines for what should be an exciting matchup.

As to what I’d want to do when handicapping this Phillies vs Blue Jays matchup, with Toronto playing in their worst, and Kyle Schwarber and the Phillies swinging a hot bat, I’m going to bet on their being runs scored. Jose Berrios has struggled to get people out when it matters, and a bullpen game for the Phillies can always be a disaster.

I’m looking at the over in the Phillies vs Blue Jays odds at PointsBet Ontario at +100.