We had a major breakthrough in our last edition of MLB betting, going 2-0 on the day. It’s time to get back to it for this small slate on Monday night. I’ve got a side and total that you should be getting behind.

ALL OF OUR LINES ARE COURTESY OF BETMGM!

Do they call this the battle of Texas? I don’t know. Framber Valdez and Dane Dunning take the bump for the first game of this series. The Rangers bats haven’t been much of a problem, ranking 8th in runs per game, but the rotation has been underwhelming. The Astros, much like their 7-8 record, have seen mixed results across the board.

The left handed throwing Valdez may run into some trouble against the Rangers bats, they’ve been one of the best teams in baseball against left handed pitchers. They rank 8th in the majors with a .260 AVG and are second in home runs with 7. Texas has made life difficult for opposing pitchers to get easy outs, they have the 4th lowest strikeout rate in MLB. Against Valdez, who’s strikeout rate is in the 33rd percentile, expect to see the ball in play plenty.

The Astros offense hasn’t had any trouble getting on base against Dane Dunning, sporting a .407 AVG and a pair of homeruns in his 2 appearances last season. Kyle Tucker and Yordan Alvarez are all over my OwnersBox DFS MLB lineups today. I’d expect to see the Astros bats flourishing after a so-so series with Toronto on the weekend. 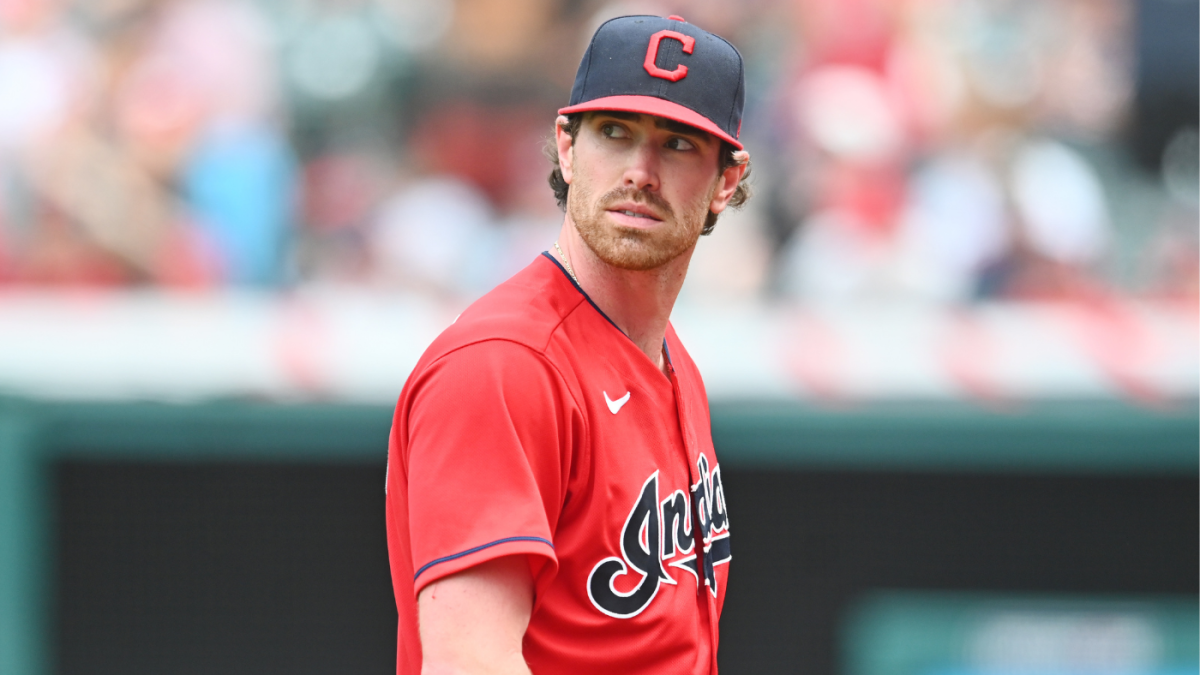 You may be surprised to see Shane Bieber as an underdog but the underlying numbers are telling us something. If you haven’t heard about it already, the Guardians ace has seen his spin rates drop drastically from last season. As a result of these spin rates his velocity has dropped as well. But surprisingly, through three starts he hasn’t paid the price for it.

What has me interested in taking the other side is his wOBA and his XwOBA. His wOBA is .188 this season, which is top 9% is baseball! But his expected wOBA is much higher at .291. Bieber should be giving up a lot more hard contact and I think the Angels, who have been hitting well in the first month of the season, are in position to take advantage of that.

Speaking of regression though, the Guardians bats seem like a sure fire candidate for some. They are third in Major League Baseball on batting average on balls in play at .321. Lorenzen has shown the ability to induce soft contact and bring this mediocre Cleveland lineup down to earth.