Mets vs Reds Odds, Pick and Prediction – Scherzer vs Lodolo 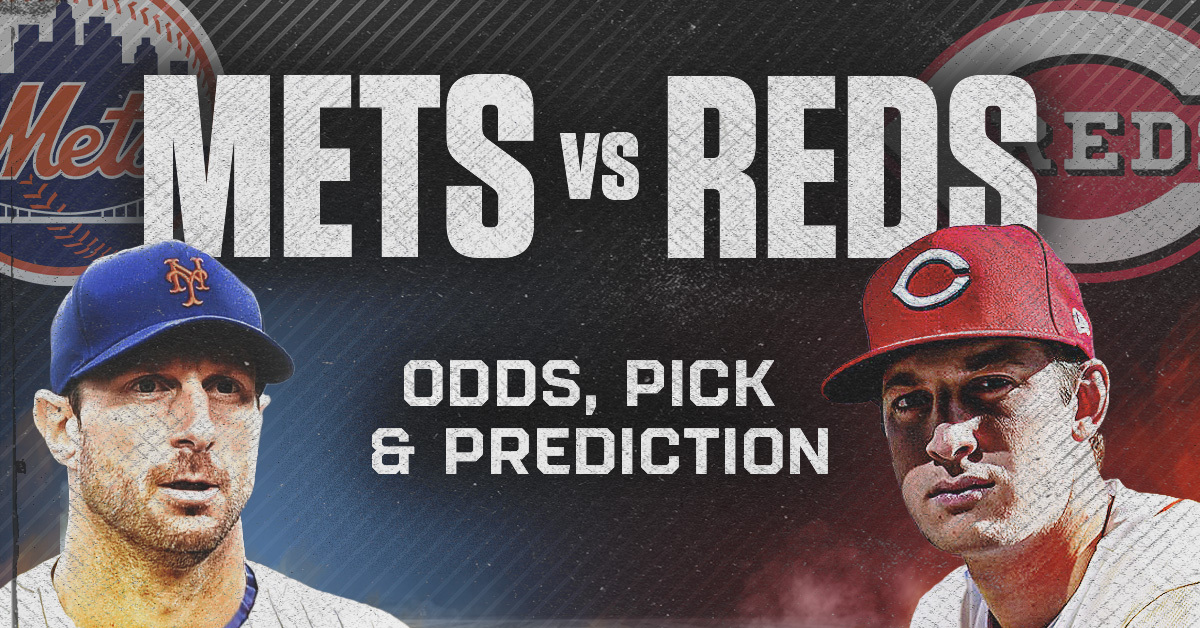 After beating the Reds on Independence Day, the Mets head back to Great American Ballpark on Tuesday, July 5th to take a 2-0 series lead. The oddsmakers are predicting that as they pegged New York as heavy road favorites in the Mets vs Reds odds. Not all that shocking considering the pitching matchup features Max Scherzer vs Nick Lodolo.

Let’s take a look at the Mets vs Reds odds at Caesars Sportsbook for Tuesday night as we look into the best pick for this MLB matchup.

New York sports betting apps list the Mets to win by two at just -120. Scherzer has not pitched for the Mets since May 18th, but considering his pitching matchup the betting line has been adjusted accordingly.

When healthy, Max Scherzer is one of the best pitchers in baseball. So, one thing I’m not trying to do today is fade Max Scherzer, especially against the Reds.

The 37-year-old owns a 6-2 record and a 1.84 ERA in nine starts against Cincinnati in his career. Moreover, in his last seven starts, he’s 6-1 ATS against the Reds. Considering it will be a 47-day stretch since his last MLB start, I think he’ll be fired up for this start.

Max Scherzer on his 47-day gap between major league starts, which ends tomorrow: "It sucked."

The line in the Mets vs Reds odds hasn’t budged a lot since opening. The moneyline has stayed put around -200, which is surprising considering over 90% of the total bets and total handle are on the Mets.

The MLB public bettors obviously love backing Scherzer. However, the pitcher on the mound for the Reds shouldn’t go unnoticed.

Does Lodolo Give the Reds Value in MLB Odds?

Nick Lodolo, drafted seventh overall in the 2019 MLB Draft, will be making his fourth career start of the year on Tuesday. Lodolo had a solid start to the season, but like Scherzer is coming back from an injury to make his first start since April.

In Lodolo’s last start, he carved the Cardinals. Lodolo pitched seven innings, with just one earned run and seven strikeouts. The Mets have hit lefties alright, but not with a lot of power. This season they own a .245 batting average as a team against left-handed pitchers with a .702 OPS.

D.J. Reyburn is the umpire for this game, and his splits suggest he’s been more favorable to road teams. Home teams are just 5-10 in the 15 games he’s umped.

Another trend that points the needle in the Mets’ direction is the fact that the Reds have struggled in Game 2 of a series. Following a loss, the Reds are 0-13 in Game 2s of series this year.

With both starting pitchers coming back from injury, I’m going to trust the World Series champion in Max Scherzer. Also, the Reds own the worst bullpen in the MLB with an accumulative ERA of 5.65.

It’s the squarest pick ever, but give me the Mets -1.5 at -125 in the Mets vs Reds odds at Caesars Sportsbook.

Unfortunately, OH sports bettors won’t be able to bet on this game. Ohio online sports betting is expected to launch on January 1, 2023, so sports enthusiasts can look forward to the NFL Playoffs and March Madness at that point.