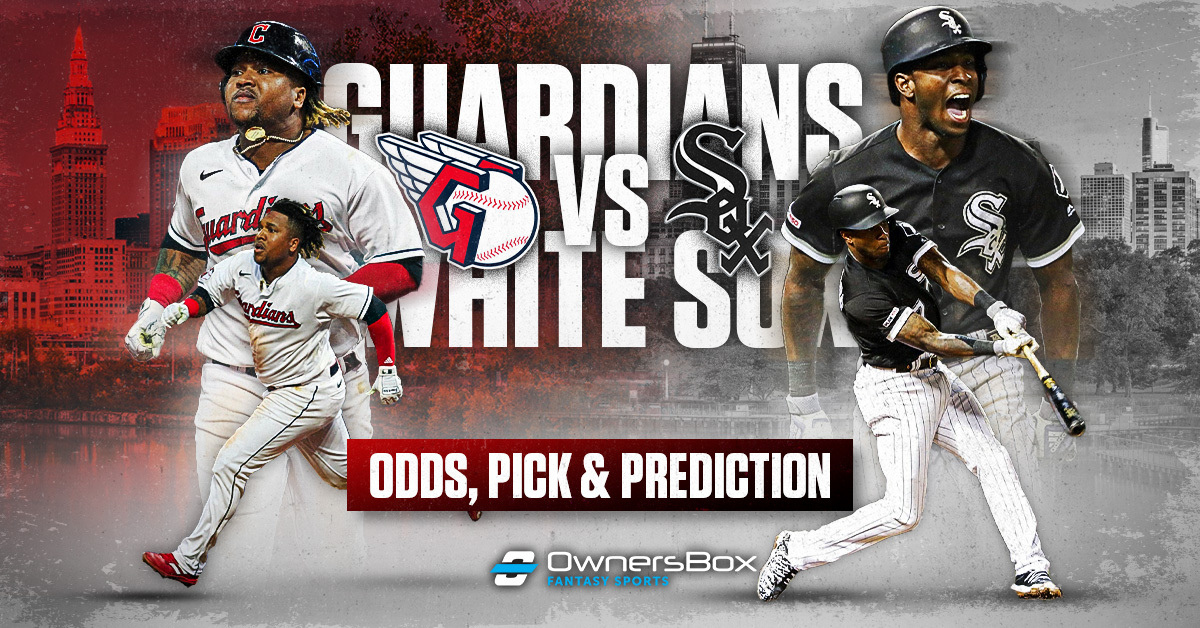 The Cleveland Guardians and Chicago White Sox square off on Friday, July 22nd, with the first pitch set at 8:10 PM ET. The Guardians will start Cal Quantrill (6-5, 3.75 ERA), and the White Sox will roll out Lucas Giolito (6-5, 4.69 ERA). The game will be played at Guaranteed Rate Field in Chicago. Illinois online sports betting markets list the home team as favorites priced at -155 in the Guardians vs White Sox odds.

The Guardians and White Sox are on very similar paths through the first half of the season. The Guardians sit at 46-44, and the White Sox come into this matchup at 46-46. Both teams won by double-digit runs in their last game before the All-Star break. The Guardians swept the Detroit Tigers in their recent series, moving them up to second in the AL Central.

Let’s take a look at the Guardians vs White Sox odds at DraftKings Sportsbook for Friday night as we pinpoint the best pick for this MLB matchup.

After struggling with injury issues and a really slow start to the season, it appears the Chicago White Sox have come back to life a bit. The White Sox sit only three games back from the Minnesota Twins and have won seven of their last 10 games. One key thing to note is that the White Sox have a sub .500 record at home.

Another issue is that Lucas Giolito has been up and down all season. He has been stellar against the Guardians in his last few starts against them. Giolito pitched six innings in his previous start, allowing zero earned runs. Over his last 13 innings against the division rival, he’s let up only one earned run while striking out 10. The White Sox will rely on Giolito to continue his recent form if they want to secure the win on Friday night.

Looking at the total in Friday night’s matchup, Illinois sports betting markets seem to respect the pitching matchup. This is one of the lower totals on the board tonight, and for a good reason. Looking back at recent matchups between these two division rivals, the total has gone under in four of the last five games. This is mainly because the White Sox rank near the bottom of MLB in many advanced hitting categories against right-handed pitching.

There’s been a solid amount of public money coming in on the over, which makes me lean towards the under in the Guardians vs White Sox odds for Friday night.

I believe the oddsmakers give too much credit to the White Sox in this Friday night matchup. Looking at the deeper numbers, the Guardians lineup is stronger against RHP in wRC+, wOBA, ISO, and a few other categories. Additionally, the Guardians have a better bullpen than the White Sox.

Although they are playing much better baseball as of late, I can’t overlook the White Sox struggles at home. They have lost eight of their last 12 home games, while Cleveland has beaten them five out of their last seven matchups.

There’s just too much value on Cleveland for me to pass up. I’ll be taking the Guardians on the moneyline at +135 in the Guardians vs White Sox odds at DraftKings Sportsbook. Bettors are getting great value at DK, because BetMGM has Cleveland at +125 odds.