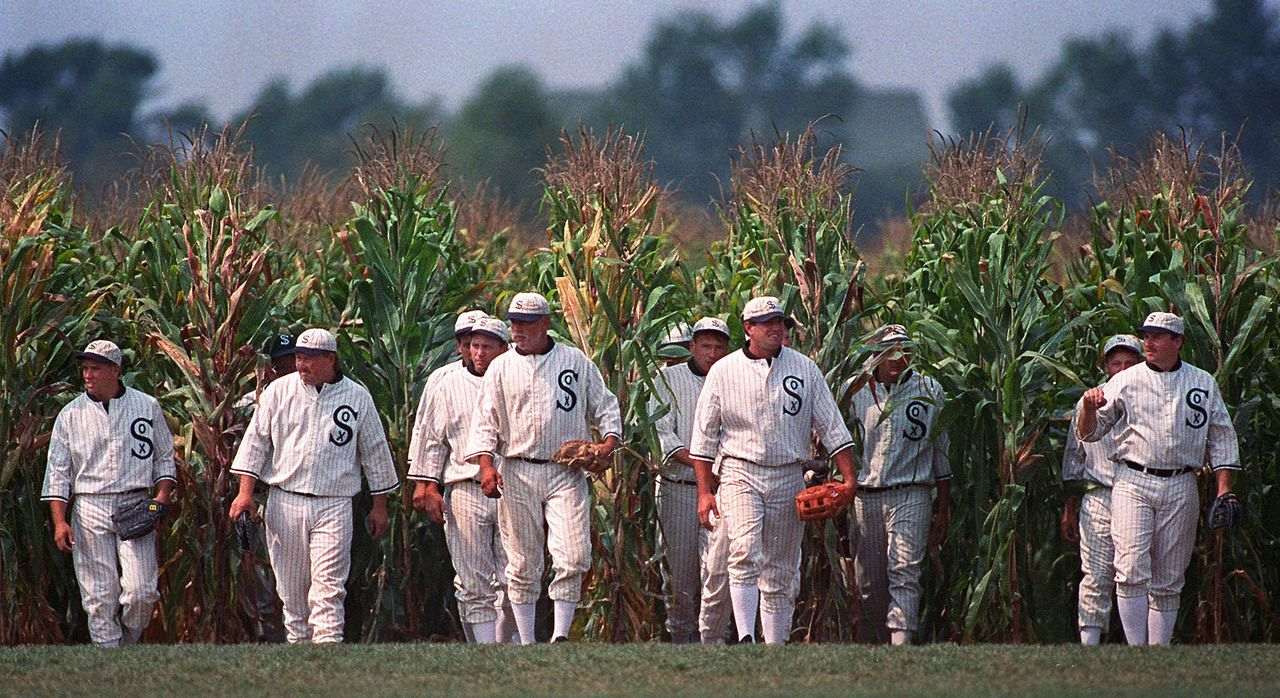 Any true baseball fan knows exactly what that quote means the instant they hear it. It’s from the best baseball movie of all time, Field of Dreams. The movie tells a story of Ray Kinsella, an Iowan man played by Kevin Costner, who is motivated to build a baseball field on his cornfield despite demands from his brother in law to sell the farm to avoid going bankrupt. Despite many obstacles and self doubt, the field was built and many former MLB All Stars appear to play a game, most notably, eight members from the 1919 Black Sox scandal, including Shoeless Joe Jackson.

The reason this movie is especially relevant on this day, August 12th, 2021, is because an actual MLB game will be played on this very field at 7pm ET tonight. Virtually every network has been talking about this game for at least a week now due to the sentimental value of the movie and simply how cool it’s going to be to watch an MLB game played on a corn field in the middle of Iowa.

When there’s a sporting event of this magnitude being played, everyone wants to write an article (me included), talk about it on their talk show or podcast, or simply send out a tweet about it! And when non-sports accounts try and talk about sports, they risk exposing themselves as people who have never actually watched a game in that sport.

I’m not here trying to say I know every single team from every single professional sport out there off the top of my head because no one does. And of course if I were to let someone know that I was going to go to the store to buy those things that cover our feet, I would spell it white socks as well. But the fact of the matter is that whoever runs the Fox News twitter account has never watched a baseball game in their life and also didn’t think that it would be a good idea to do a simple google search to get the correct spelling of the team that the are tweeting about.

And for that reason, they deserve to be mocked and ridiculed for at least the next 24 hours. And SERIOUSLY, their own network’s name rhymes with the team name and they spell it F-O-X. For that reason, I will be referring to Fox News as FOCKS News from here on out.

If you like this article, be sure to check out more of our baseball content. Also, we are hosting daily free-roll MLB contests on our platform for the rest of the season. Sign-up to play Weekly Fantasy Baseball here and use promo code “MLB10” for a free $10 entry into any MLB tournament contest!