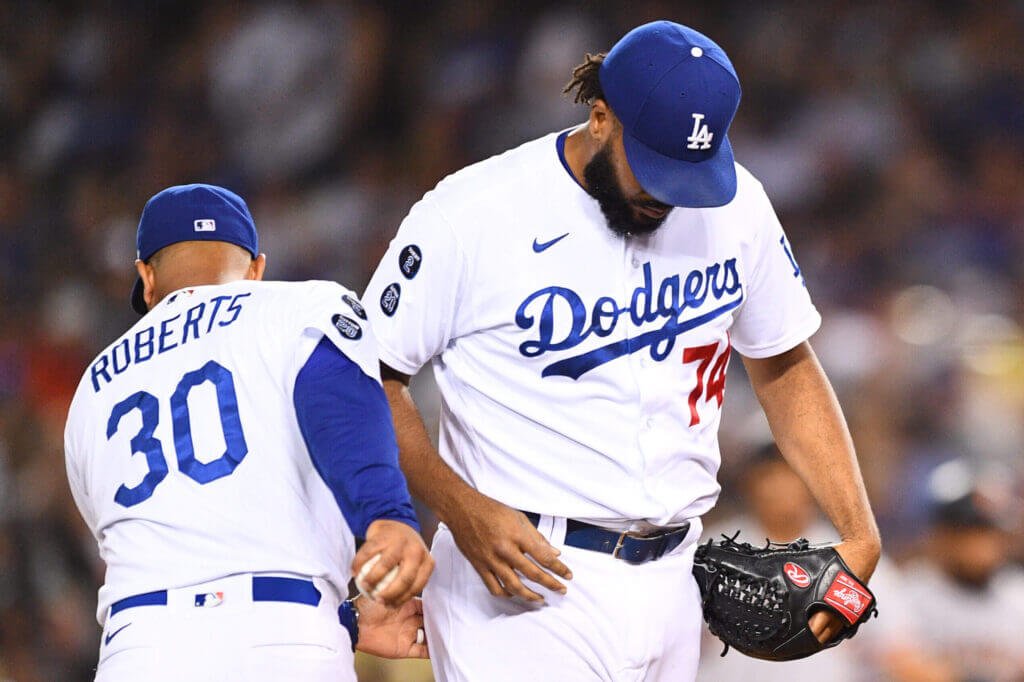 My History With The Los Angeles Dodgers

As many of you know, I am a huge Los Angeles Dodgers fan. In my 24 years of life, I have watched almost every single Dodgers game without fail. To really show how big of a fan I am, my parents named me after Dodgers legend Sandy Koufax. In addition to this, my brother Jackie was named after Jackie Robinson.

In my life, I’ve never had a choice but to be a Dodgers fan. I grew up going to games with my Dad and brother for years until I finally moved out to the east coast. This week, however, I am back in LA visiting family, so I decided to go to the Dodgers/Giants game last night. This was the first game I attended all season and let me tell you, I am extremely displeased writing this article today.

The Dodgers are on the brink of claiming first place in the National League West and they just suffered two of the most embarrassing losses in recent history to the division rival San Francisco Giants. For the second night in a row, the Dodgers blew a ninth-inning lead and ended up losing the ballgame. Heading into the ninth, the Dodgers held a 3-1 lead when closer Kenley Jansen took the mound to “close it out”. Just a night prior, Jansen blew a save opportunity and the Dodgers ended up losing 4-2. After back-to-back losses, the Dodgers are now 3 games back from the Giants in the division.

One of the biggest takeaways from this series with the Giants is that the Dodgers, who have been riddled with injuries, are not last year’s World Series team. I truly believe a season ago, the Dodgers would’ve won this game in convincing fashion. Recapping the series, well-known Los Angeles Times writer Bill Plaschke said:

Over his last three appearances, Jansen has allowed nine hits, eight earned runs, and walked four batters. That said, I think Bill hit it right on the nose with his analysis. While it’s easy to blame Kenley Jansen for the collapse the last few nights, this issue for the Dodgers is deeper than just their closing pitcher. In no way or form am I defending Jansen’s performance lately, but I truly believe this is a Dave Roberts issue more than it is a Kenley Jansen issue.

Is It Time To Put Dave Roberts On The Hot Seat?

After last night’s controversial loss to the Giants, Dave Roberts was visibly pissed off. For the second night in a row, Roberts was ejected after arguing with an umpire.

The Giants tied the game and Dave Roberts LOST HIS MIND pic.twitter.com/93BzpqWfE4

The video above was right after the umpire blatantly missed a strike-three call that would’ve ended the game. Regarding the missed call, Roberts said:

In addition to Roberts’ frustrations, Dodgers fans last night (myself included) were in utter disbelief at what went on.

While my “off-the-cuff” reaction is definitely a bit premature, I truly do believe this is more of a Dave Roberts issue than it is a Kenley Jansen issue. Through his first 36 appearances this season, Jansen posted a 1.24 ERA while converting 21 of 23 save chances. In my opinion, I believe that Jansen should’ve been pulled a few batters before the game was tied up last night.

There have been multiple instances in the last few years where I felt like Dave Roberts has mismanaged pitchers. Another thing I’m not a fan of is how much he shakes up the lineup offensively. I’m well aware of the injury bug that has plagued the team this year but Dave is always mixing up the batting order game-to-game, something I’m not a huge fan of. To me, it feels like he doesn’t want to put our best lineup out there.

As a whole, considering Dave managed the Dodgers to a World Series last season, it’s not fair to put him right on the hot seat. That said, I think it’s time Dodgers fans open their eyes and realize that Roberts is contributing to the problem of late just as much as a guy like Kenley Jansen (if not more).

It’s funny because, with these embarrassing losses this week, the Dodgers are only three games back and are primed to go win the division. I still worry about Roberts’ decision-making in crunch time but as a fan, it’s important to stay positive and focus on the road ahead. The Dodgers are expecting guys like Corey Seager and Mookie Betts to return to the lineup soon. This should help fuel the team and get them back on track after a rough series against the Giants.