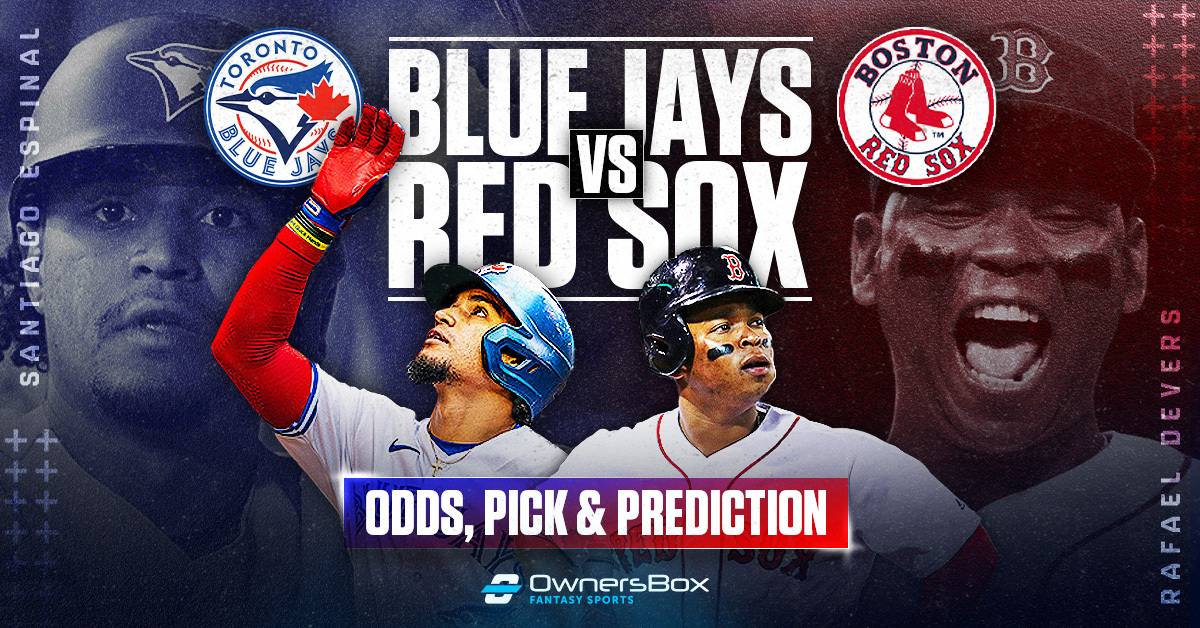 The MLB’s unofficial second half of the season resumes this weekend. With just two games separating Toronto and Boston, every time these teams meet up it has playoff ramifications. We saw the Blue Jays miss the postseason by just one game last season, with the Red Sox claiming that spot. We’ll get into the Blue Jays vs Red Sox odds for Friday as both teams will be looking to meet their playoff expectations.

The Blue Jays send Kevin Gausman to the bump at Fenway Park, ever since his disaster against his former team in Baltimore he’s been excellent. Allowing just 4 earned runs in his last 21 innings. His 6-7 record this season doesn’t tell the whole story. As the Red Sox, they’ll be sending their ace to the mound in Nathan Eovaldi. He’s authored a 3.34 ERA in 13 starts in 2022.

With two of the teams top arms on the mound you can find the game at a pick em’ at most Ontario sports betting sites. These teams, of course, being division rivals they’ve also seen the opposing pitchers quite often in their careers. One that may be notable for sports bettors is Xander Bogaerts, who’s faced Gausman 48 times, he has a career .333 batting average with 1 home run. You can back Bogaerts to record over 1.5 bases in the Blue Jays vs Red Sox odds, paying $135 on a $100 bet at DraftKings Sportsbook.

Even with Bogaerts success against Gausman, the Blue Jays have thrown him against Boston three times this season. Winning each and every one of his starts against them. Including a road start where Gausman went 8 innings, allowing just 1 run and striking out 9. You can back the Blue Jays to lead after 5 innings at +106 odds at BetRivers.

The Red Sox came into the All-Star break floundering, having lost six of their last seven and sporting a 3-10 record in their last thirteen games. All of those losses came against divisional opponents as well. Another series loss and they could find themselves well behind the 8-ball with the Rays and Jays holding wild card spots.

It’s been a little bit of everything across their latest thirteen game stretch, in the month of July they have a 26.7% strikeout rate with their wRC+ ranking 23rd in Major League Baseball. Their starting pitchers have the leagues worst WHIP and highest opponent batting average across this stretch as well. A break away from the diamond is likely exactly what this team needed.

Eovaldi has made just one start in the month of July, as he was working his way back from a back injury. The Red Sox right-hander thrives by making opposing bats swing and miss, but his fastball velocity is in the 82nd percentile in baseball so when opponents hit him they hit him hard. That’s why his home ERA is 4.67, as Fenway Park is one of the most hitter friendly stadiums in baseball.

Blue Jays Look to Stay Hot in MLB’s Second Half

Toronto was in a rut of their own before the last week before the All-Star break. They’ve won five of their last six and three in a row. They can thank Lourdes Gurriel, Teoscar Hernandez and Aljeandro Kirk for their efforts last week. The trio has been on fire as of late. Combined they also have a career batting average of .354 against Eovaldi as well.

If you’re struggling to put the bat on the ball, like the Red Sox right now, Kevin Gausman isn’t the guy you want to see. He’s striking out opposing hitters at a 26.8% rate this season and his chase rate is in the 99th percentile in all of baseball. You can find Gausman’s strikeout prop at BetMGM Ontario priced at -130 to go over 5.5 K’s.

#BlueJays announce their starting rotation coming out of the break. Against Boston, the probables will be:
Friday: Kevin Gausman
Saturday: Alek Manoah
Sunday: Ross Stripling

Toronto has dominated the season series with the Sox, going 7-3 overall and 2-1 at Fenway in 2022. Despite their success a modest 53% of bets at DrafKings Sportsbook are on the Blue Jays in this one at the time of writing. The question is, will the short stint away from the park be what Boston needs to get out of it’s slump or keep the Blue Jays from carrying their momentum?

There are a few markets that stick out to me in the Blue Jays vs Red Sox odds. Let’s start with a side, to me there is no other side to consider then Toronto. The Blue Jays deploy a heavy right-handed hitting lineup and that spells trouble for Eovaldi. He’s allowed a .265 BA and .459 SLG against RHH this season. Toronto has one of league’s lowest whiff rates and lowest strikeout rates this season. Not to mention they’re top-3 in pretty well every major hitting category against right handed pitchers.

With that in mind I’m also going to be taking Eovaldi under 5.5 strikeouts, you can find the best odds at BetRivers where it’s priced at -134. Eovaldi’s struggles at home are well documented, with this being just his second start back from injury I don’t expect the leash to be long. The Blue Jays hit the ball harder then anyone in baseball and that’s been Eovaldi’s biggest struggle this season, ranking in the bottom-8 percentile in hardhit% this season.

Finally, I’ll be adding Kevin Gausman over 5.5 strikeouts to my card as well. His best price is also at BetRivers with -122 odds. The Red Sox have quietly become one of the league’s higher swing and miss teams. They have the league’s 10th highest whiff rate, 7th highest chase rate, and we mentioned their strikeout rate this month.

If you’re looking to place a same game parlay on these picks check out the best Toronto Blue Jays sports betting sites. If you parlay these three picks, a $100 bet pays $490 at BetRivers Ontario.