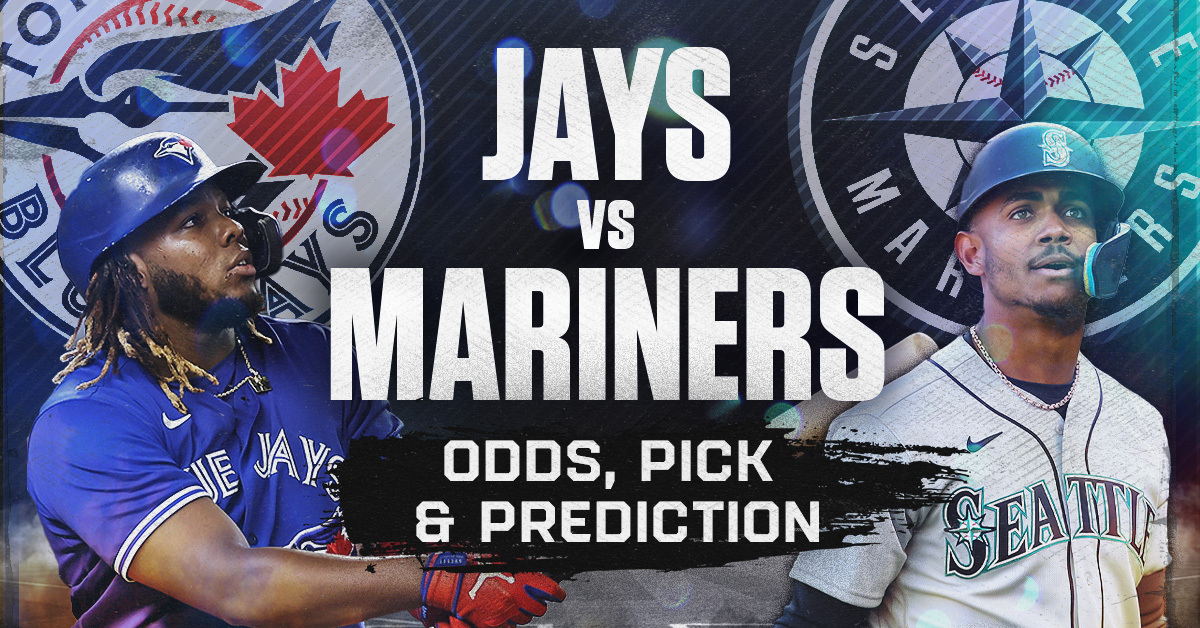 The Toronto Blue Jays and Seattle Mariners square off on Friday, July 8th, with the first pitch set at 10:10 PM ET. The Blue Jays will start Ross Stripling (4-3, 3.32 ERA), and the Mariners will roll out George Kirby (2-3, 3.75 ERA). The game will be played at T-Mobile Park in Seattle. Ontario sports betting apps list both teams at -110 in the Blue Jays vs Mariners odds.

The Toronto Blue Jays are coming off a five-run loss against the Seattle Mariners on Thursday night. The Blue Jays (45-39) will attempt to rebound after a disappointing start to the series in Thursday’s opener. Although Toronto has struggled lately, Bo Bichette has led the Blue Jays this season with 89 hits, 13 home runs, and 44 RBIs. The Seattle Mariners will try to stay hot at the plate after last night’s performance.

Let’s take a look at the Blue Jays vs Mariners odds at PointsBet for Friday night as we pinpoint the best pick for this MLB matchup.

PointsBet Ontario list Toronto to win by two or more at +150 in the Blue Jays vs Mariners odds. The Blue Jays are primed to bounce back, and Ontario sports bettors can get plus money value on their team on Friday night.

Toronto is 1-5 in their last 6 games overall and 1-4 in their previous 5 road matchups. However, the oddsmakers don’t reflect that in the Blue Jays vs Mariners odds on Friday night. Toronto will bank on Ross Stripling to help them turn their recent performance around.

Toronto ranks fourth in the American League East with a record of 45-39 overall and 20-21 on the road. The Blue Jays trail the Yankees by 15.5 games in the standings. The losses have come at the hand of their offensive output. They average only four runs per game over their recent losing streak, down from their season average of 4.65 (7th in MLB).

Here's hoping the boys from Toronto can put on more of a show over the next few days in Washington… despite the pitching problems. #NextLEvel

Another area the Jays have struggled with is on the mound. Toronto’s bullpen is allowed 4.9 runs per game over their last 10. This is well above their season ERA of 4.08 (20th in MLB). Toronto will need Ross Stripling and the bullpen to pick up the slack on Friday night if they want to get back in the win column.

Should Bettors Bank On The Blue Jays to Bounce Back?

Looking at the Blue Jays vs Mariners odds for Friday night, I think there is value on the road team to secure a win. The Mariners have won five straight series over the last month. Those series wins came against the Oakland Athletics twice, the Baltimore Orioles, and the San Diego Padres. Those three teams are not the most impressive ball clubs in the league, so I take that nugget with a grain of salt.

I like the Blue Jays bats to come alive tonight and for the bullpen to hold it together.

Yes, the Blue Jays have looked horrible lately, but people sometimes forget this team’s firepower. When diving deep into this game, I have one clear path. Ross Stripling has been one of the Jays’ top starters this season and should be able to quiet the Mariners’ hot bats.

I look for the Blue Jays offense to carry them to a win on Friday night. I will be locking in the Blue Jays -1.5 at +150 in the Blue Jays vs Mariners odds at PointsBet Ontario. The Blue Jays to win by two or more is priced at +145 at BetMGM Ontario, so be sure you’re checking all your possible options.

Click here to learn how to place PointsBet Ontario Same Game Parlays for this Blue Jays series and more!