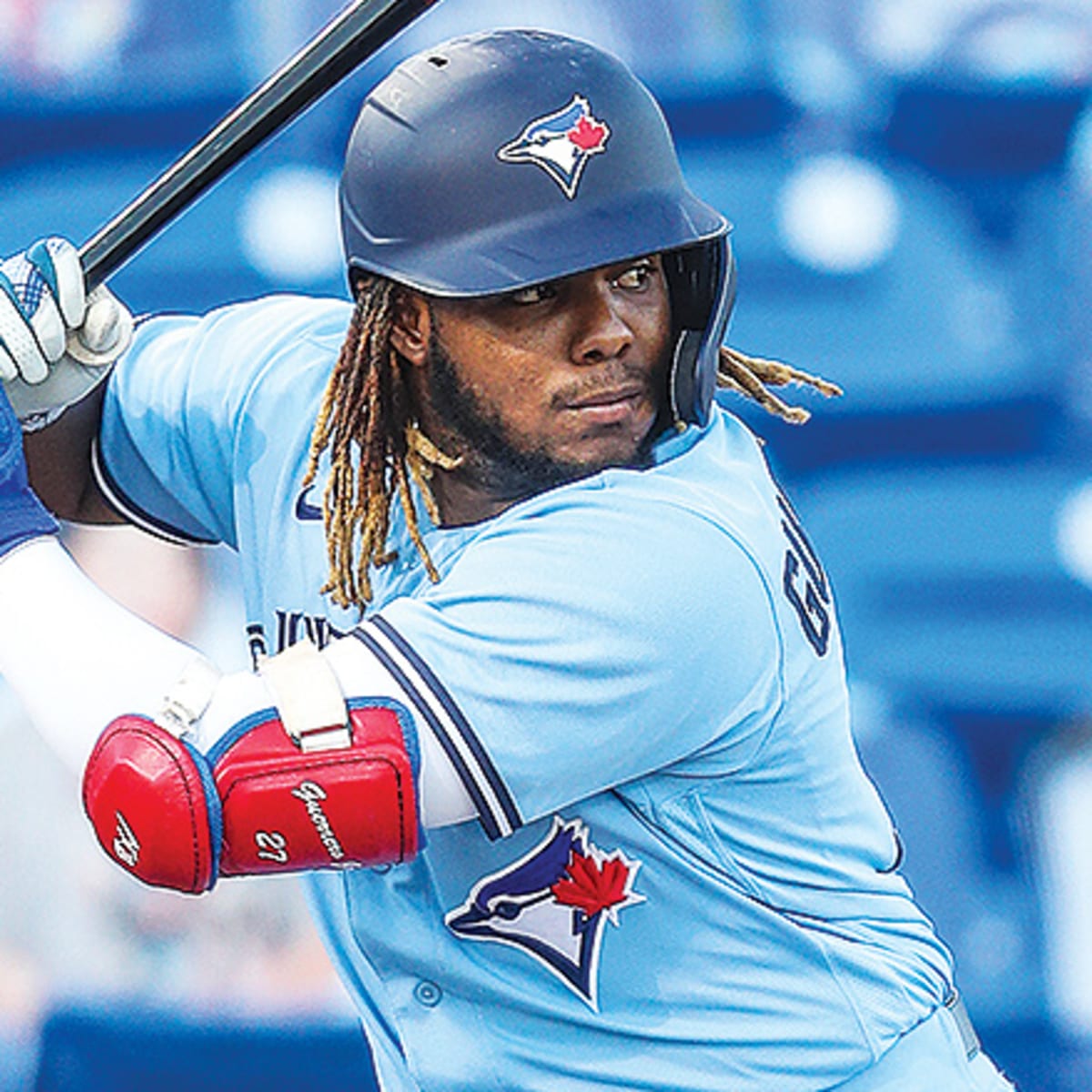 The second game of the 4 game set has Kevin Gausman and the Blue Jays matched up with ace Shane Bieber and the Cleveland Guardians. The 16-11 Blue Jays are coming off a 6-5 loss to the 12-13 Guardians in what many expected to be a bounceback spot for the birds. The Blue Jays are a -148 favorite on Friday, May 6 in the Blue Jays vs Guardians odds.

Life should be injected into this Blue Jays lineup with the possible return of silver slugger Teoscar Hernandez and first month Cy Young favorite, Kevin Gausman toeing the rubber, but his opponent Shane Bieber is no slouch himself.

Odds are courtesy of BetRivers Sportsbook

With two of baseballs best pitchers taking the ball at Progressive Field the betting total in the Blue Jays vs Guardians odds sits at just 6.5, with the juice shaded towards the over (-120).

At BetMGM Ontario, the betting line for Kevin Gausman’s strikeouts sits at 6.5. The over has odds of +105, while the under is shaded to -140.

Vladimir Guerrero Jr and Bo Bichette lead one of the best lineups in Major League Baseball. The two sluggers have lead the Jays to the 2nd most homeruns in baseball to this point in the season. Two of the other offensive stats I like to look at are slugging percentage, as well as OPS. The Jays rank 4th in SLG and 9th in OPS while mainly disappointing offensively over the past week.

The Blue Jays bullpen ranks 23rd in ERA at 3.98, so the longer Kevin Gausman is on the mound, the better for the Jays. As a starting staff, the Blue Jays have the 7th best FIP which takes fielding out of the equation with a more precise ERA like stat.

Guardians Off to Strong Start this Season

I was super low on the Guardians this year, but they have done nothing but played scrappy and well. Jose Ramirez is one of the best players in all of baseball, and table setter Miles Straw has a great skillset to be hitting leadoff.

The Guards to this point of the season have the 5th best wRC+, the 6th best wOBA and are 6th best in OPS. These numbers show that this is a solid offense that can do some damage, even if the big names are no longer there. Their bullpen ERA is exactly middle of the pack at 3.57 although their starters ERA is half a run higher and ranking 20th in the league.

Gausman has lit the league on fire to start this season, and seems to be well worth the money the Blue Jays paid him in the offseason. He’s in the 90th percentile in K%, 100th percentile in Chase Rate and 92nd percentile in Whiff rate, so look for Gausman to rack up the strikeouts.

Kevin Gausman joins Cy Young (1906) as the only pitchers (min. 20 IP) to begin a season with 5 straight starts of 0 BB and 0 HR allowed in the World Series era (since 1903)! pic.twitter.com/2YvmsdJjoO

Shane Bieber’s counting stats look a lot better than some of the predictive numbers. His xERA is a full run and a half higher than his actual ERA, his xWOBA is almost a full point more than his actual, as well as his xSLG a full 100 points higher than his career average. Shane Bieber has pitched with less velocity this year after some arm issues last season, which has lead to a 9th percentile barrel % but he has found a way to still maneuver major league lineups.

The Toronto Blue Jays made it into Cleveland at 4 am heading into the series opener, which lead to a disappointing 6-5 loss. As a team expected to be near the top of the MLB standings, being in third place in the AL East just isn’t good enough. I expect them to have a lot of juice heading into this matchup of two aces. I would like to hit the over on Kevin Gausman strikeouts (as long as its at 6.5) but that isn’t my official play.

New York online sports betting markets are offering odds for this AL matchup. BetRivers is offering Toronto at +123 to win by 2 or more runs.